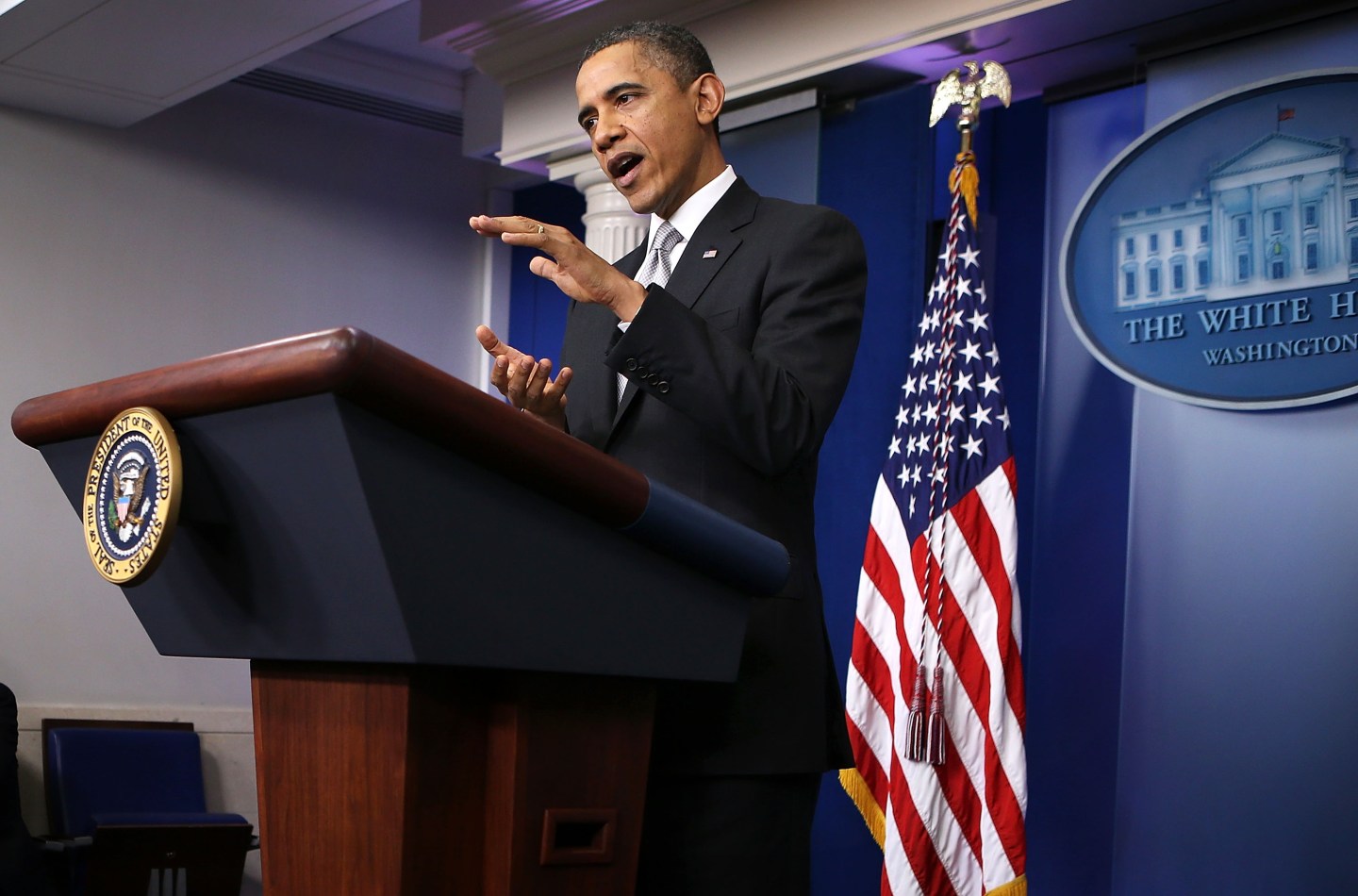 WASHINGTON, DC - DECEMBER 19: U.S. President Barack Obama speaks during an announcement on gun reform in the Brady Press Briefing Room of the White House December 19, 2012 in Washington, DC. President Obama announced that he is making an administration-wide effort to solve gun violence and has tapped Vice President Joseph Biden to lead the effort in the wake of the Sandy Hook Elementary School shooting in Newtown, Connecticut. (Photo by Alex Wong/Getty Images)
Photograph by Alex Wong — Getty Images

President Barack Obama’s second term in office has already been marked by historic executive orders—initiatives he can sign into law without Congressional approval—and he plans to kick off the new year by exercising his unilateral authority again—this time to tackle the most controversial political issue of the day: gun control.

The president is set to meet with Attorney General Loretta Lynch on Monday to finalize several gun control measures that he’s expected to announce soon, according to The Washington Post.

His main reform is to close a loophole that lets occasional, unlicensed gun dealers like online and gun show retailers dodge background checks for gun buyers. The Post reports the mass shooting in Umpqua Community College in Oregon that left ten people dead prompted Obama’s most recent push to tighten gun restrictions, and that lawyers in the administration have spent months reviewing the legality of proposals that the president could sign into law without first going through Congress.

President Obama supported comprehensive gun reforms after the mass shooting at Sandy Hook Elementary in 2012, but the effort ultimately failed in Congress.

The president said in his weekly radio address on Friday that a few months ago he directed his team to look into any new actions he could take to help reduce gun violence. “And on Monday, I’ll meet with our attorney general, Loretta Lynch, to discuss our options,” he said.

Executive orders are typically a near-last resort for addressing legislative issues since they are easily reversed when the current president leaves office. Democratic frontrunner Hillary Clinton has voiced support for requiring informal gun dealers to obtain licenses, but any initiatives that Obama signs could meet opposition from Republican contenders.