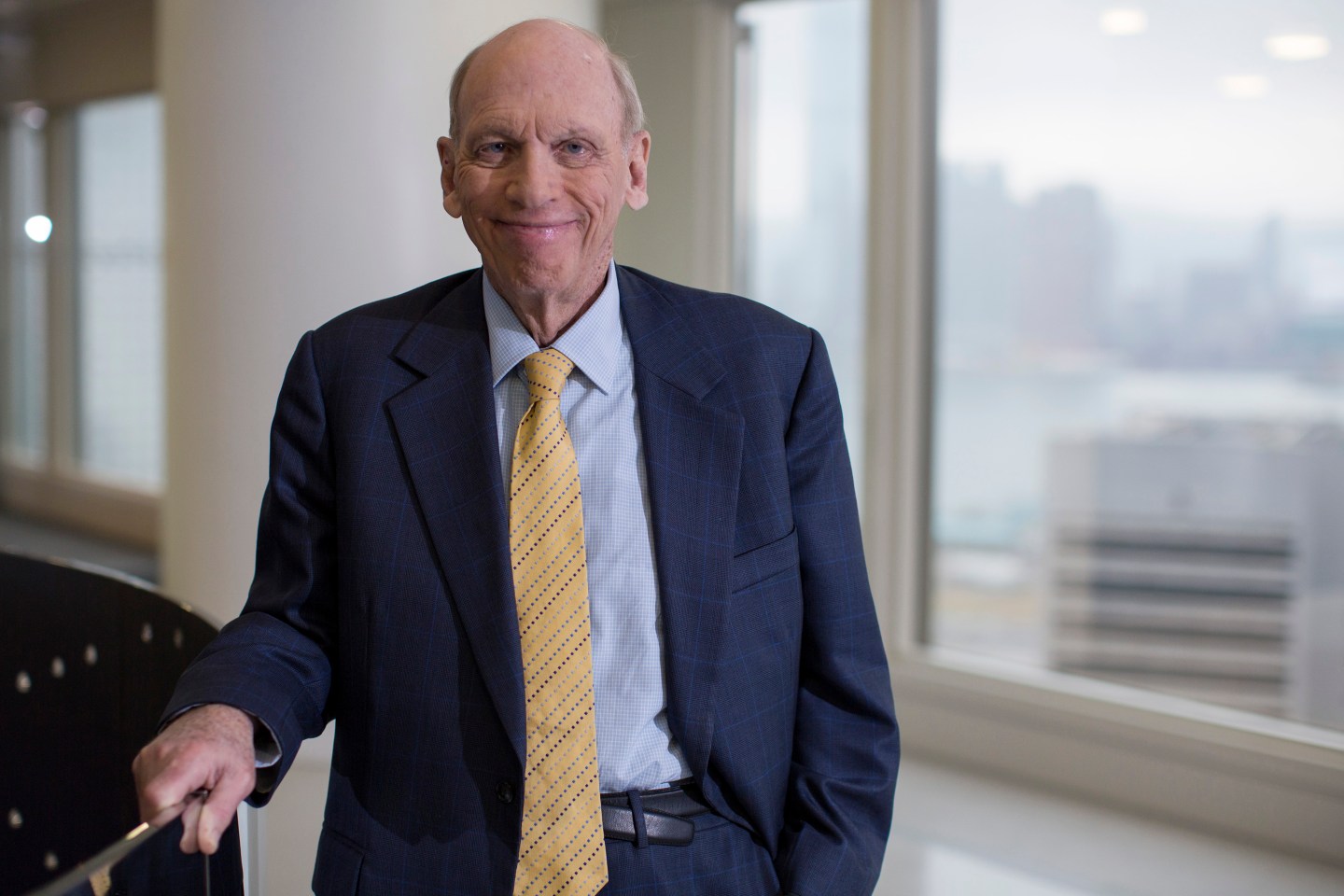 Byron Wien, vice chairman of the advisory services unit at Blackstone Group LP, poses for a photograph before a Bloomberg Television interview in Hong Kong, China, on Wednesday, Nov. 13, 2013. Wien said he prefers to invest in recently-formed Chinese companies in growth areas such as technology. Photographer: Jerome Favre/Bloomberg via Getty Images
Photograph by Jerome Favre — Bloomberg via Getty Images

This is the 31st year Wien has given his views on a number of economic, financial market and political surprises for the coming year. Last year’s version can be found here. He defines a “surprise” as an event which the average investor would only assign a one out of three chance of taking place but which Byron believes is “probable,” having a better than 50% likelihood of happening. Wien started the tradition in 1986 when he was the Chief U.S. Investment Strategist at Morgan Stanley (MS).

1. Riding on the coattails of Hillary Clinton, the winner of the presidential race against Ted Cruz, the Democrats gain control of the Senate in November. The extreme positions of the Republican presidential candidate on key issues are cited as factors contributing to this outcome. Turnout is below expectations for both political parties.

2. The U.S. equity market has a down year. Stocks suffer from weak earnings, margin pressure (higher wages and no pricing power) and a price/earnings ratio contraction. Investors keeping large cash balances because of global instability is another reason for the disappointing performance.

3. After the December rate increase, the Federal Reserve raises short-term interest rates by 25 basis points only once during 2016. This is in spite of having indicated on Dec. 16 that they would do more. A weak economy, poor corporate performance and struggling emerging markets are behind the cautious policy. Reversing course and actually reducing rates is actively considered later in the year. Real gross domestic product in the U.S. is below 2% for 2016.

4. The weak American economy and the soft equity market cause overseas investors to reduce their holdings of American stocks. An uncertain policy agenda as a result of a heated presidential campaign further confuses the outlook. The dollar declines to 1.20 against the euro.

5. China barely avoids a hard landing and its soft economy fails to produce enough new jobs to satisfy its young people. Chinese banks get in trouble because of non-performing loans. Debt-to-GDP is now 250%. Growth drops below 5% even though retail and auto sales are good and industrial production is up. The yuan is adjusted to seven against the dollar to stimulate exports.

6. The refugee crisis proves divisive for the European Union and breaking it up is again on the table. The political shift toward the nationalist policies of the extreme right is behind the change in mood. No decision is made, but the long-term outlook for the euro and its supporters darkens.

7. Oil languishes in the $30s. Slow growth around the world is the major factor, but additional production from Iran and the unwillingness of Saudi Arabia to limit shipments also play a role. Diminished exploration and development may result in higher prices at some point, but supply/demand strains do not appear in 2016.

9. The soft U.S. economy and the weakness in the equity market keep the yield on the 10-year U.S. Treasury below 2.5%. Investors continue to show a preference for bonds as a safe haven.

10. Burdened by heavy debt and weak demand, global growth falls to 2%. Softer GNP in the United States as well as China and other emerging markets is behind the weaker than expected performance.

Wien also has a few more”also-ran” surprises to share, but he isn’t quite comfortable with the idea that they are “probable.”

11. As a result of enhanced security efforts, terrorist groups associated with ISIS and al Qaeda do NOT mount a major strike involving 100 or more casualties against targets in the U.S. or Europe in 2016. Even so, the U.S. accepts only a very limited number of asylum seekers from the Middle East during the year.

12. Japan pulls out of its 2015 second half recession as Abenomics starts working. The economy grows 1%, but the yen weakens further to 130 to the dollar. The Nikkei rallies to 22,000.

13. Investors get tough on financial engineering. They realize that share buybacks, M&A, and inversions may give a boost to earnings per share in the short term, but they would rather see investment in capital equipment and research that would improve long-term growth. Multiples suffer.

14. 2016 turns out to be the year of breakthroughs in pharmaceuticals. Several new drugs are approved to treat cancer, heart disease, diabetes, Parkinson’s and memory loss. The cost of developing the breakthrough drugs and their efficacy encourage the political candidates to soften their criticism of pill pricing. Life expectancy will continue to increase, resulting in financial pressure on entitlement programs.

15. Commodity prices stabilize as agricultural and industrial material manufacturers cut production. Emerging market economies come out of their recessions and their equity markets astonish everyone by becoming positive performers in 2016.