Donald Trump’s First TV Ad Includes a Major Error, Not that it Matters 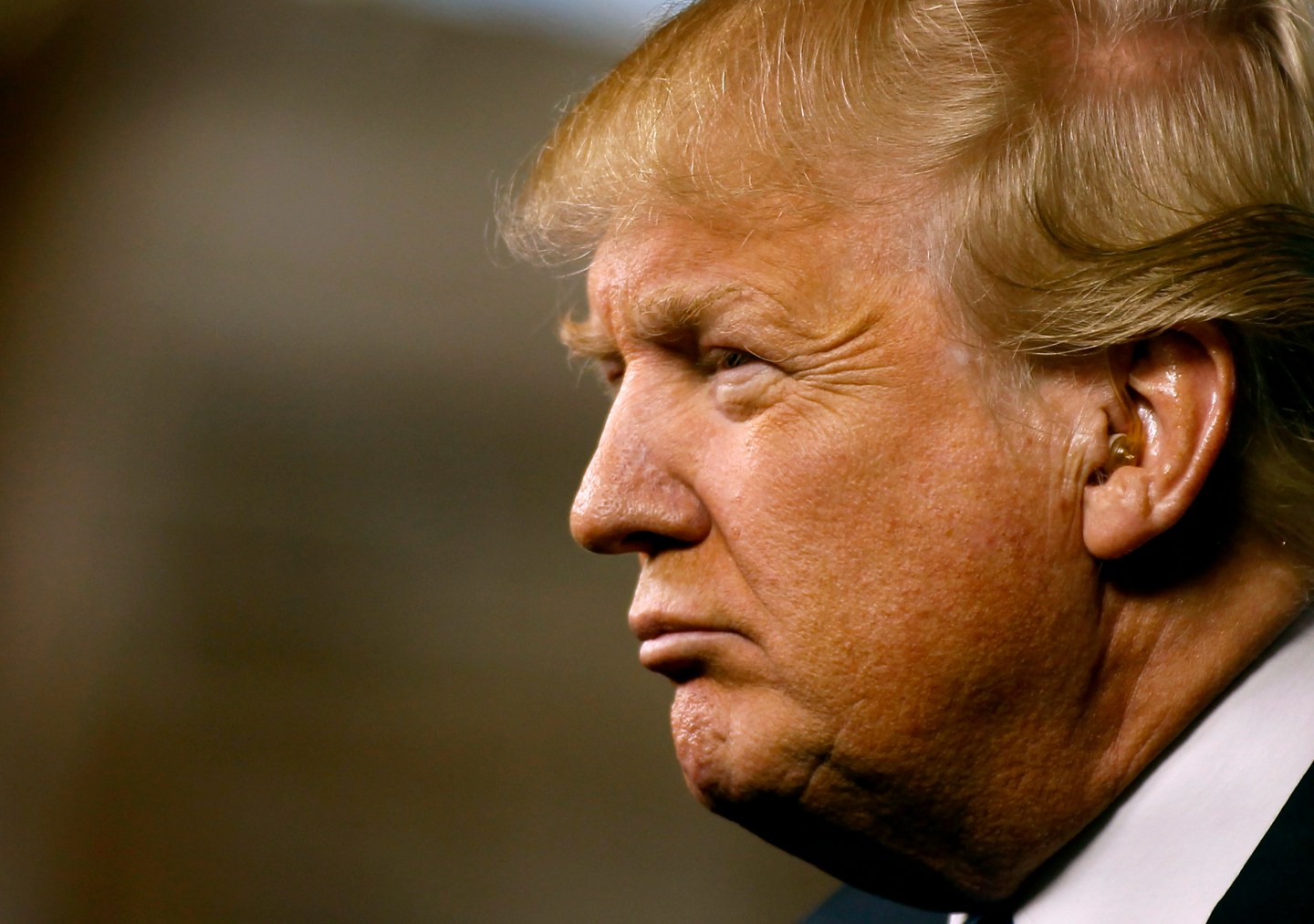 MESA, AZ - DECEMBER 16: Republican presidential candidate Donald Trump peers out into the crowd during a campaign event at the International Air Response facility on December 16, 2015 in Mesa, Arizona. Trump is in Arizona the day after the Republican Presidential Debate hosted by CNN in Las Vegas, Nevada. (Photo by Ralph Freso/Getty Images)
Photograph by Ralph Freso via Getty Images

In it, a somber voiceover repeats the Republican presidential frontrunner’s major pledges—to impose a ban on Muslim immigrants, “decapitate ISIS,” and build a wall separating the U.S. from Mexico—while grainy black-and-white images show the San Bernardino killers, ISIS terrorists, and hordes of people streaming toward what by implication appears to be the nation’s southern border.

As it turns out, that last bit of footage comes from Morocco, not Mexico, earning Trump his 18th “Pants on Fire” rating from fact-checkers at PolitiFact. Team Trump isn’t sweating it. A spokeswoman for the campaign shrugged off the revelation. And that’s hardly a surprise. Fear and anger, the twin engines of Trump’s presidential bid, aren’t stalled by provable truths.

Indeed, 28 days before GOP voting kicks off in Iowa, those forces are gathering strength. Americans are angrier today than they were a year ago, according to a new survey by NBC and Esquire, with whites and Republicans reporting themselves to be the angriest of all. The partisan gap is particularly striking: 61% of Republicans say they’re more bothered by current events today than they were a year ago, while only 42% of Democrats say the same.

Given those results, it’s perhaps no surprise that the Republican candidate most intent on stoking voter rage still tops the polls. As a still-crowded GOP field enters a critical—and increasingly nasty—stage of the contest, it’s unclear how far Trump’s rivals will go to match his tone.