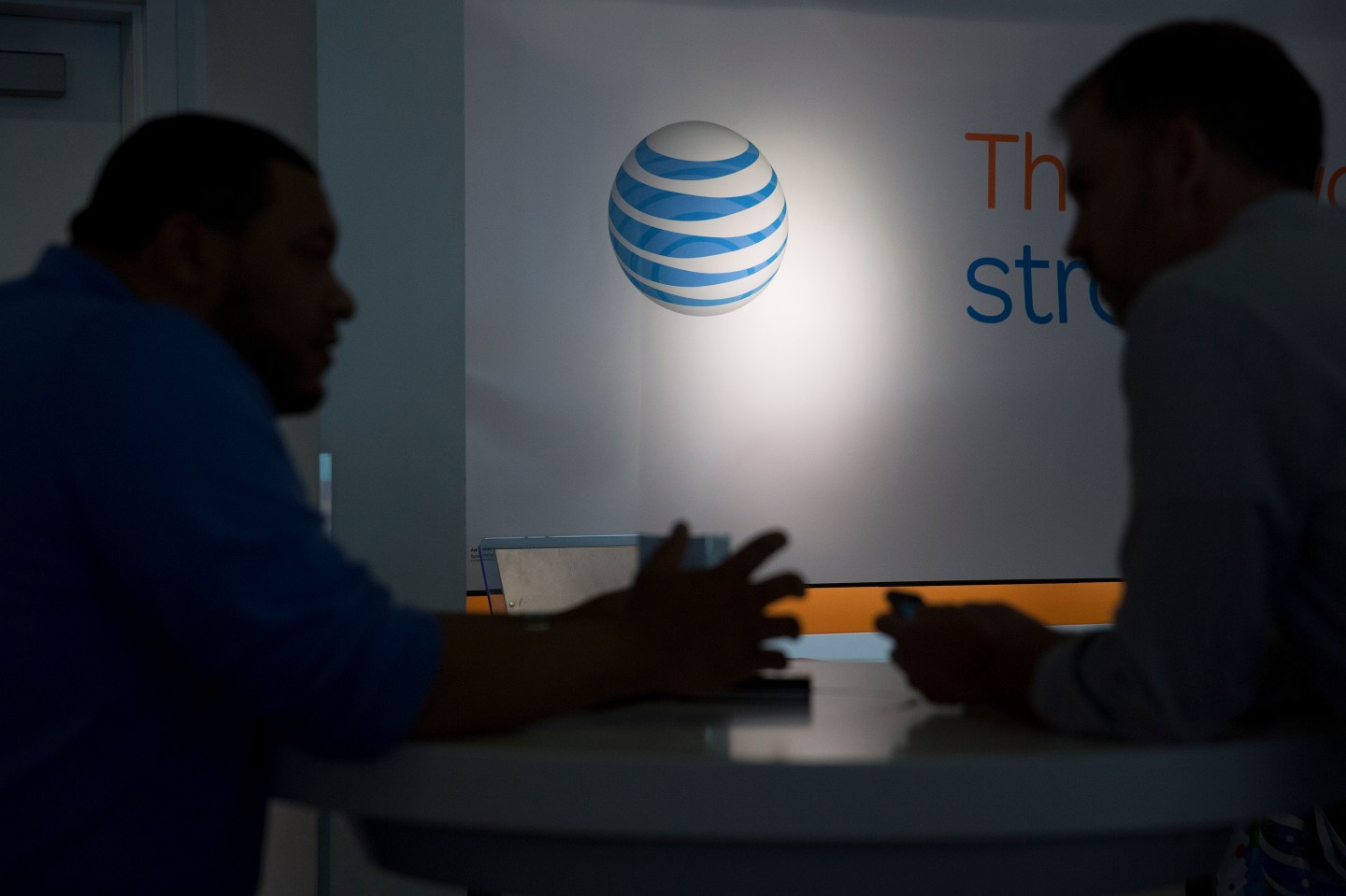 The AT&T Inc. logo is seen past a customer and a retail sales consultant at an AT&T store in Washington, D.C., U.S., on Tuesday, April 21, 2015. AT&T Inc., the second-largest U.S. wireless carrier, is expected to release earnings figures data on April 22. Photographer: Andrew Harrer/Bloomberg via Getty Images
Photograph by Andrew Harrer — Getty Images

AT&T (T) confirmed to Fortune on Thursday that it will ditch its two-year contracts on Jan. 8, making it the last major carrier to make the move. The company’s spokesman Fletcher Cook was quick to note, however, that the move only applies to individual customers and not businesses.

“With $0 down for well-qualified customers, the ability to upgrade early and down payment options available with even lower monthly installments, our customers are overwhelmingly choosing AT&T Next,” Cook said, referring to AT&T’s monthly installment program. “Starting January 8, AT&T Next will be the primary way to get a new smartphone at AT&T.”

Two-year contracts were once the main way for U.S. wireless customers to get new smartphones. Those customers would pick a phone and pay a subsidized price. In return, they’d sign a two-year agreement with the carrier and pay a monthly service charge.

In 2013, however, T-Mobile (TMUS), which has fashioned itself the “Un-Carrier” for making waves in the industry, decided to ditch two-year agreements. In Aug., both Sprint and Verizon (VZ) followed its lead. In the place of two-year contracts, the companies chose to offer customers the option to pay for smartphones in installments or in a single purchase.

For consumers, the AT&T move is a notable one. Now, any customer looking to buy a device at a major carrier will need to either choose an installment plan or pay for a device upfront. In the installment plan option, customers will amortize the full retail price on the handset over a 24-month period (though they can also choose 12 or 18 months). Customers who don’t opt for AT&T Next will only be able to get a handset from the carrier if they pay in full.

According to carriers, customers are increasingly choosing installment plans. That is chiefly because smartphones can be extremely expensive—the lowest-end iPhone 6s costs $649, for instance—and if customers decide to expedite their payments, they can upgrade more quickly.

WATCH: For more on competition in the wireless market, check out the following Fortune video:

While carriers are responding to changing market trends, the industry has slowly but surely edged two-year contracts out the door. Two-year contracts were a way to offer subsidized smartphones to attract new customers, but they were also costly endeavors for carriers who had to dole out the full cost of the handsets to product makers and hope to recoup the subsidies over time. With two-year contracts out of the way, companies are ensuring they get the full value of a device either upfront or over time.

Perhaps most importantly, an end to two-year contracts gives consumers more clarity into exactly how much smartphones cost. With two-year agreements, consumers only knew the price they’d have to pay to get a new handset for the next two years, potentially without realizing they were paying extra on their bills for carriers to make their money back. Installment agreements now break out the cost of hardware and service, so customers can see exactly what they’re getting for that money.

Regardless, it’s an end of an era and the start of a new one in the wireless industry. And starting in Jan., consumers will have no choice but to go along.

Perhaps unsurprisingly, the outspoken T-Mobile CEO John Legere is taking credit for it.

“So first Verizon copies T-Mobile and now AT&T too?” Legere tweeted on Thursday. “Happy New Year to me.”