Everything You Need To Know About Kim Dotcom and Megaupload 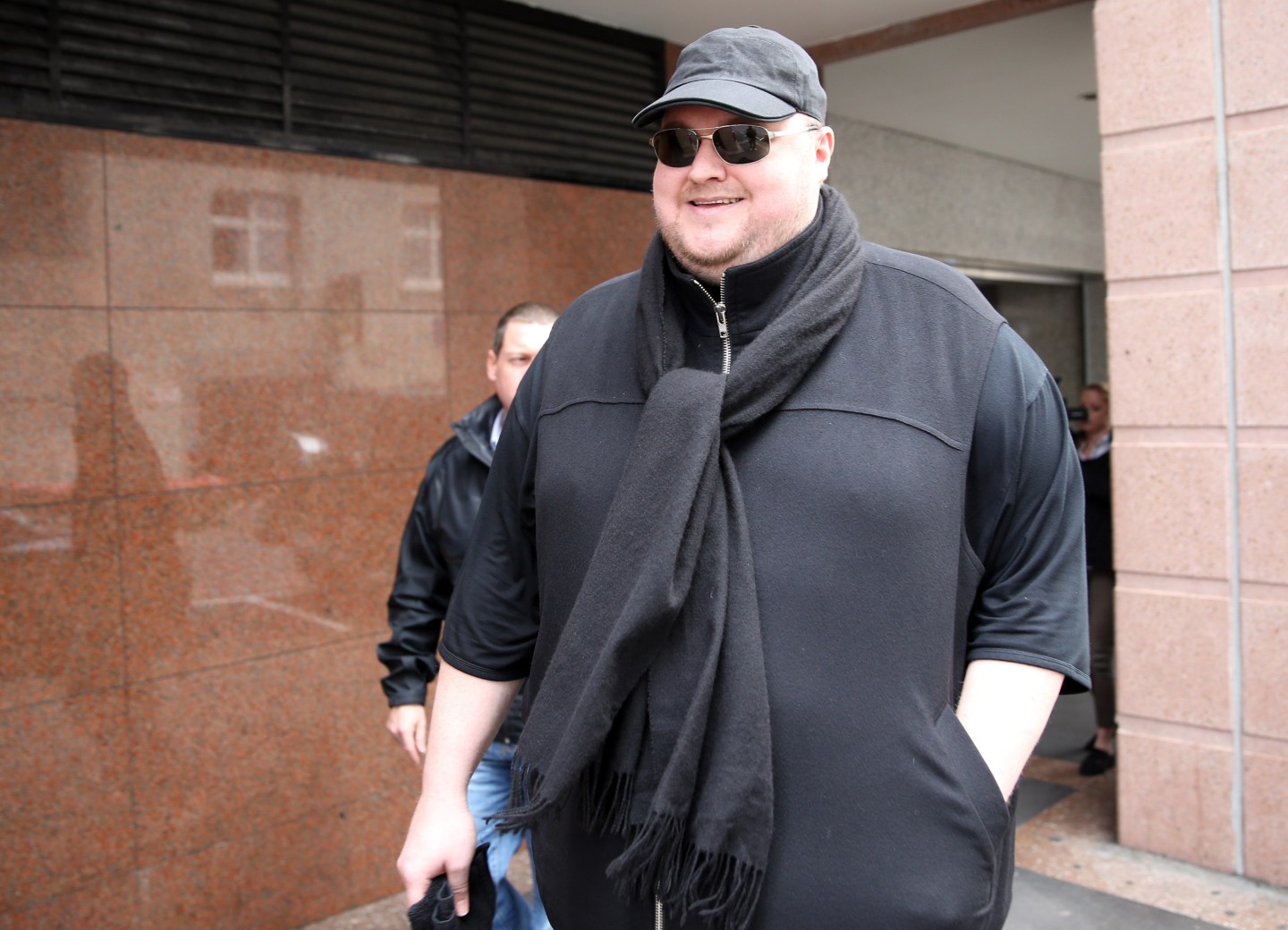 Megaupload founder Kim Dotcom, 41, leaves court for lunch in Auckland on September 21, 2015, as he fights a US bid to extradite him from New Zealand. Dotcom's long-awaited extradition hearing opened in New Zealand on September 21 with the Internet mogul confident he can avoid being sent to the United States to face online piracy charges. The 41-year-old and his three co-accused -- ex-Megaupload executives Finn Batato, Mathias Ortmann, and Bram van der Kolk -- face jail terms of up to 20 years if convicted in the US. AFP PHOTO / Michael Bradley (Photo credit should read MICHAEL BRADLEY/AFP/Getty Images)
Michael Bradley—Afp/Getty Images

After three years the U.S. Department of Justice might get its man. Its man, in this case, is the notorious owner of online storage locker Megaupload, Kim Dotcom. On Tuesday, a New Zealand judge said that Dotcom could be extradited to the U.S. to stand trial for a series of criminal charges including copyright infringement, racketeering, wire fraud, and money laundering.

Dotcom has been in New Zealand fighting his extradition for three years since U.S. agents and New Zealand police officers burst into his New Zealand mansion in 2012 and cut through locks to get to Dotcom, who was in his secured panic room. The arrest included dozens of agents and two police helicopters. The agents seized 18 luxury vehicles, 150 terabytes of data, NZ$11 million in cash while arresting Dotcom and three other men.

At that time, Megaupload was one of the largest online storage lockers, and according to Ars Technica, consumed more bandwidth on corporate networks than Box or even Dropbox. Yet, the company also appeared to follow many of the regular industry practices related to taking down infringing content when publishers requested it through what are known as takedown notices.

However, in the indictment, the U.S. government accused Megaupload of having a “veneer of legality” that hid the fact that the company knew that its customers shared pirated files. The authorities even found emails from Megaupload employees that indicated they too searched for pirated content on the site. The government accused the company of generating more than $175 million through illegal activities.

The world reacted to the raid with surprise. For one, it felt like overkill to send helicopters after Dotcom, but two, the world of file sharing and pirating content was changing rapidly. Thanks to streaming services like Spotify, Rdio and others on the music side, going legit was often easier than wading through torrents or surfing the dark web.

Meanwhile for movies and TV shows, people could sign up for Netflix, Hulu, Amazon’s Prime TV, or pay to watch individual videos through iTunes. There’s also options that let people stream content where they wanted and when they wanted. Borrowing a password to your parent’s cable network was a lot easier than trying to find last night’s Breaking Bad episode on Megaupload or BitTorrent.

Yet, industry trade groups like the Recording Industry Association of America and the Motion Picture Association of America, both of which have also sued Dotcom in civil court, were still fighting copyright infringement as the Internet continued to threaten their business models. They also were behind the Stop Online Piracy Act (SOPA) and its companion bill in the Senate, the Protect IP Act (PIPA) which worried tech industry and privacy advocates. The raid on Dotcom’s house came one day after several large sites on the web went dark to protest the possible passage of these laws. They didn’t pass.

In the month leading up to the Megaupload shut down, the recording industry was doubly incensed because of a video Dotcom uploaded to the Internet that suggested that his company received 4% of overall web traffic daily. It featured cameos from Kanye West, Will.i.am, Serena Williams and Jamie Foxx.

Thus in terms of the timing and even in terms of the legal arguments, the U.S. government’s attack on the website felt like it was acting as an arm of the recording industry and Hollywood. Why else go so heavy and so hard against Megaupload, with a case that to some experts seemed overblown. The U.S. has lost a few skirmishes since the case began, such as having its raid declared illegal. Authorities had to give back the hard drives it seized as well as some of the property, including some of the luxury cars.

It also has been forced to watch as Dotcom started another file sharing service in 2013, this one called Mega, which now also offers encrypted chat. Meanwhile, the Internet moves on, and arguably the biggest threat to the music industry isn’t piracy anymore. Rather it is figuring out how to make money in a world where selling single songs are the business model instead of selling entire albums.

As for movies, piracy is still an issue. But a bigger challenge is creating films that get people into theaters.