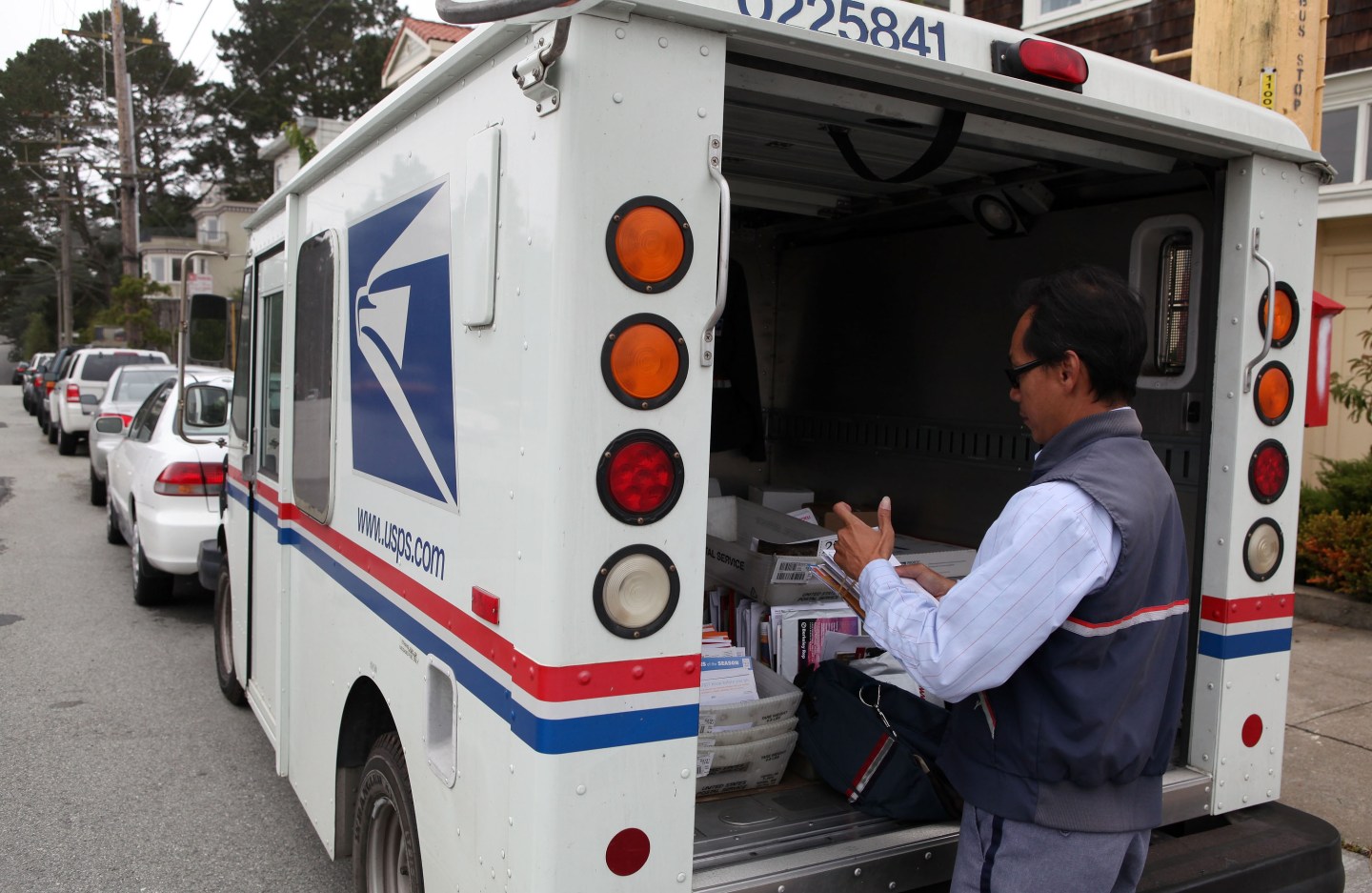 Part of the U.S Postal Service’s website slowed to a crawl on Tuesday because of overloading by people looking to track their holiday packages.

“Due to unprecedented heavy volume, there were delays in providing tracking results for a very brief period late this morning,” USPS spokesman Roy Betts told Fortune. “We continue to closely monitor the site.”

Late Tuesday morning, several Twitter (TWTR) users tweeted that they were unable to track packages through the USPS.com site. Annoyed that they couldn’t find their packages, the tweeters quickly turned to hashtags that lambasted the USPS, including “#USPSfail,” “#holidayfail,” and “#USPSdonttrustthem.”

Despite the displeasure, the issue was short-lived and the complaints petered out soon after. It’s unclear how widespread the issue was, but it did not impact tracking accuracy, and data was not lost.

The issue couldn’t have come at a worse time for USPS, which said yesterday that Monday would be its busiest day of the year as employees delivered more than 30 million packages. Postmaster General Megan Brennan said in a statement that the day’s package volume was up 15% compared to last year. In total, the USPS will deliver 15 billion packages and pieces of mail this year.

WATCH: For more on holiday shopping, check out the following Fortune video:

The problem came Tuesday as anxious shoppers flocked to USPS to delivery last-minute Christmas gifts. With just three days to go before the holiday, they apparently overloaded the tracking page to see where their packages were and determine when they’d be delivered. For a short while, they couldn’t get the answers they wanted.

Update – 7:20 pm, Dec. 22: This story and its headline were updated to clarify that only part of the Postal Service’s website was impacted.