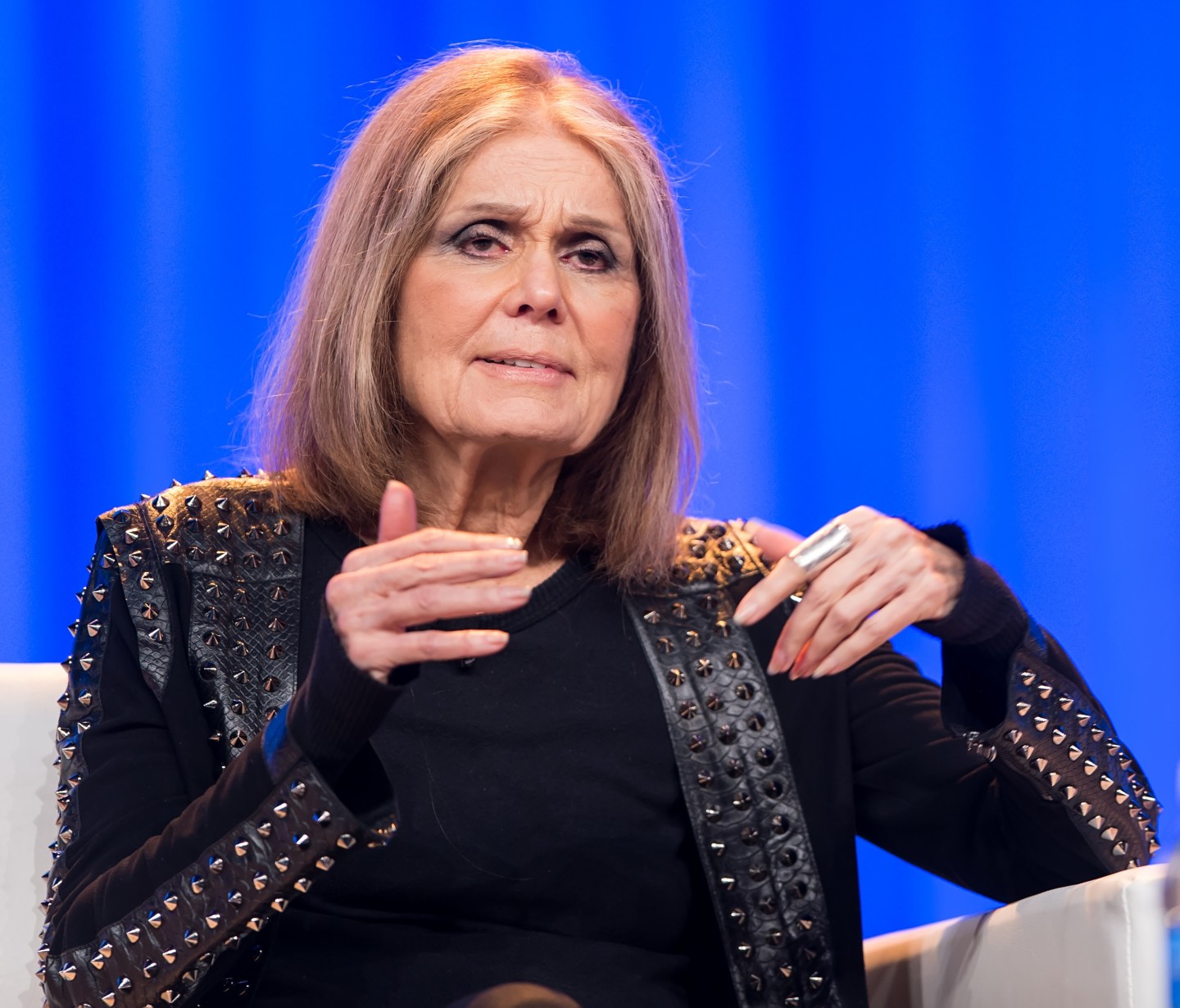 Writer, activist, and social entrepreneur Gloria Steinem has been the face of the women’s movement since before many of us were born—and she is still advocating on our behalf today.

In her latest book, My Life on the Road, the Ms. magazine and Ms. Foundation founder recounts her experiences as a traveler, activist, and leader. I recently reached her at her home in New York, where she shared her secrets for successful organizing, her take on whether our country is finally ready for a female president, and her belief that feminism has reached a make-or-break moment in the U.S.

The interview has been edited and condensed for clarity. You can find the entire conversation on Inflection Point.

Fortune: It almost goes without saying that you’re an icon of the feminist movement. How do you think feminism has changed since you got involved in the women’s movement?

I suppose part of it remains the same, which is just a simple dictionary idea that we are all human beings and we believe in the full equality of men and women of all groups. It’s also changed in that more people in the U.S. and many other countries now hold this belief —not that the institutions have changed as they should, but the majority consciousness has changed to believe that the principle of equality is desirable.

That means that we are now considered a serious threat to those folks who have been making unfair profits from unequal pay, as well as those who firmly believe that reproduction, women’s bodies, the sort of basic decisions of life should be in male hands, not in female hands. We have succeeded and are now on the knife’s edge: Will we continue down the right path or slide backwards?

Those who see feminism as a threat are digging in their heels even further?

Yeah. I think you can see that by the successive waves of legislative and now procedural violence, and also physical violence against Planned Parenthood, for instance.

In your book, you write about life before and after the 1977 National Women’s Conference in Houston. Could you talk about that?

I think Houston is the most important event nobody knows about. It really was a constitutional convention for the female. After two years of preparatory meetings and delegate elections—a process which was very carefully inclusive so that it was maybe the only racially, economically, ethnically representative process that I’ve seen in this country—there was a mammoth meeting of 2,000 delegates and many thousands of observers in Houston where we thrashed out issues and voted.

The behavior of the movement really changed profoundly and became a majority movement then.

Yes. It definitely is relevant—relevant in every way, since women are still not part of the Constitution. For instance, you may remember the massive sexual discrimination suit against Walmart, which was actually the biggest class action suit in history. It lost not because we could not prove that women were discriminated against, but because we could not prove state of mind—that [the discrimination] was on purpose. If we had had the Equal Rights Amendment, we wouldn’t have had to prove state of mind. And there are many, many other situations that demonstrate that we still need it. It’s not going to be easy to get it through Congress again, much less through all the state legislatures, but there is a new ERA movement booming and there is a good new book out by Jessica Neuwirth about the Equal Rights Amendment and why we need it.

The women’s movement also focuses on increasing the number of women in leadership. Do you think this overshadows more fundamental issues such as sexism, worker protection and racism?

I agree with you that entry into corporate leadership or political leadership probably gets more attention from the outside world. I think from the inside world, though, it’s really at least equal or maybe the other way around. If you look now at the massive movements for immigrant rights—because immigrants are mostly women and their kids—we are achieving that state by state and sometimes city by city. You can see that there’s at least as much effort there.

Do you think there are some issues that we need to tackle before we can move on to other issues?

You dedicate a number of pages in your book to what we can learn from the Native American cultures. Can that help us with this?

Yes, absolutely. I don’t want to dictate what helps whom because we all have different entry points, but it certainly helped me to know that probably most of human history, and certainly in North and South America, the earliest cultures are matrilineal. Women controlled their own fertility by herbs and abortifacients. It was just natural since it’s women’s bodies and women’s health to decide when and whether to have children. Women tended also to control agriculture, while men hunted, but those two things were considered equally necessary. In many of the cultures, female elders decided if it was necessary to go to war or when to make peace. They chose the male leaders. They were part of a circular consultative consensus-seeking government that was profoundly democratic.

You spent some time in India earlier in your life and learned a lot about Gandhian practices.

Yes. That was just pure happenstance. I’d fled to India in order not to get married. I was engaged to a very nice guy, but clearly it wouldn’t have been right for either of us to get married. I had the good luck to end up traveling with Gandhian groups, and it was only about a decade or so after India achieved independence. There, I learned the simple lessons of organizing: If you want people to listen to you, you have to listen to them. If you want to know how people live, you have to go where they live. These are fundamental ground-up lessons, but I didn’t understand that they would be useful in my own country. It took me a while after I came home. It took the Civil Rights Movement, and the war movement, and then the women’s movement to understand that these were universal guidelines.

Do you think that we need more men in the women’s movement now, and how should we get them involved?

We need more everybody—women and men. I think there are way, way, way more men now who really understand that we are all prisoners of gender. There are many, many more men who are supportive because they also want to be closer to their children or see their daughters respected for their talents, or understand that violence against women is a root of other violence. For whatever reason, there are many more.

In your book, you talk about Hillary Clinton’s first run for president. You say that you didn’t think the country was ready for a woman to be president at that time. Do you think that we are now?

I supported Hillary in 2008 because of her greater experience, but in my heart, I thought we hadn’t seen enough women in authority and the world outside of the home to feel that it’s natural and okay to feel secure with it. I do think that that’s changed—certainly not completely, but enough so. She might be able to get elected, but it will be difficult.

I wonder whether giving men more opportunity to spend time at home could change the way we think about leadership.

Thank you for saying that because it is crucial for men to play an equal role in raising kids because that’s how men become whole people. That’s how they develop the patience, attention to detail, empathy—all these qualities that are wrongly called feminine but are present in all human beings. That’s crucial.

What’s the best advice about starting a movement that you’ve ever received?

Lauren Schiller is the host of the public radio show and podcast Inflection Point, featuring conversations with women changing the status quo. Inflection Point is broadcast from KALW in San Francisco, podcast on iTunes, and online at inflectionpointradio.org. The above article is an edited and condensed version of the broadcast interview. Click here to listen to the full audio.