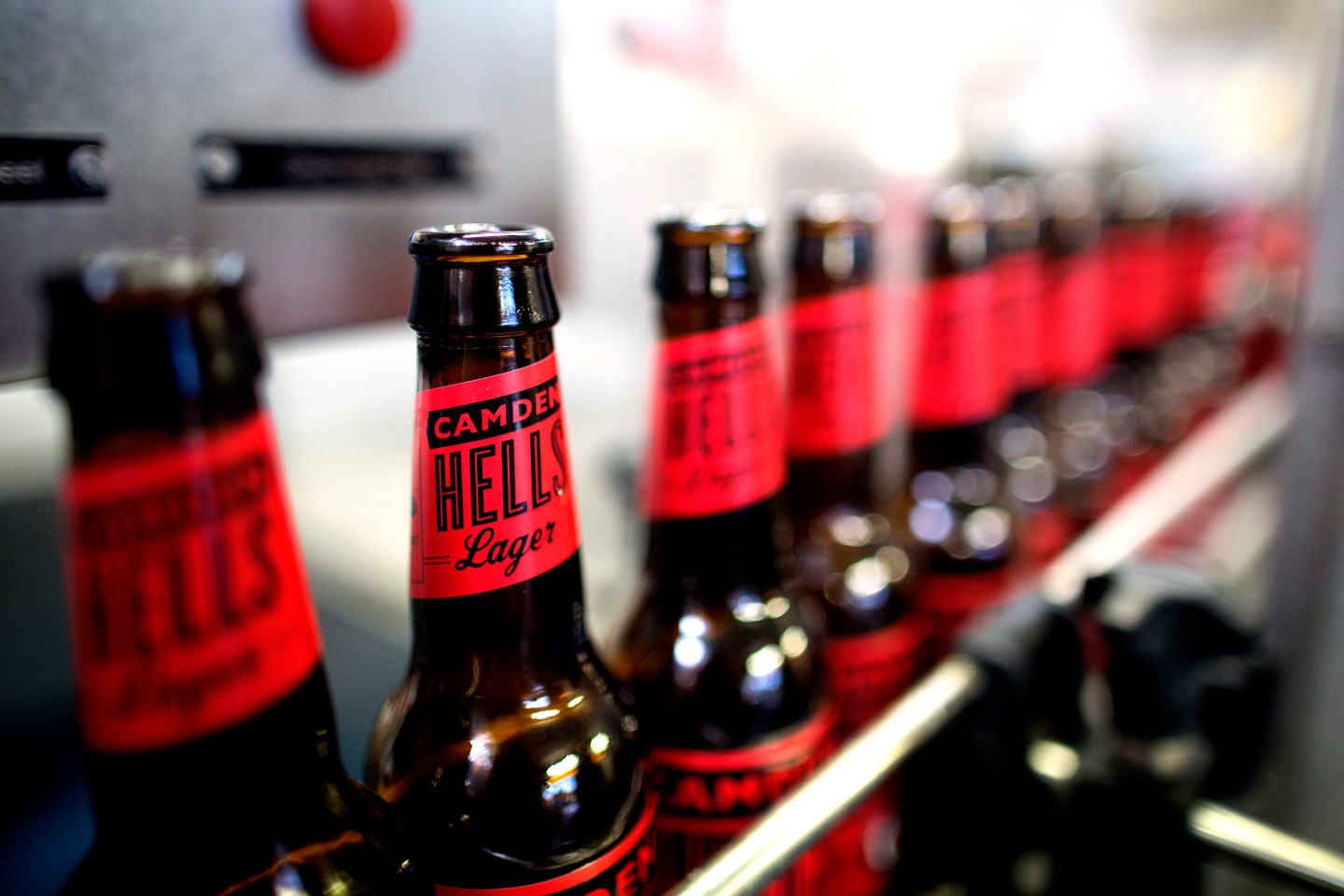 As Anheuser Busch-InBev awaits various regulatory approvals to complete a $100 billion-plus deal for No. 2 brewer SABMiller, the world’s largest beer maker has scooped up a small British rival.

On Monday, London-based Camden Town Brewery agreed to be acquired by AB InBev (BUD), which just last week scooped up Four Peaks Brewing Company in Arizona. That deal was the sixth acquisition of a craft beer brand that InBev has made in the U.S. over the past five years.

With the Camden Town deal, AB InBev gets a European craft brewer that started full production in 2010. It has grown to a team of 95 and sold 12 million pints this year, with the beers sold in over 1,000 pubs and bars.

Camden Town’s owners essentially conceded that the deal made sense for the same reason many small craft brewers have decided to sell: an opportunity to increase distribution.

“We can’t do this on our own,” wrote founder Jasper Cuppaidge in a blog post. “That’s why I’m proud to say I’ve signed a deal with AB InBev.” The deal comes several months after Camden Town launched and completed a funding round via crowdfunding to help build a second brewery in London.

AB InBev has been busy buying smaller brewers like Camden Town, though the deal analysts and investors are most keenly watching is the potential acquisition of SABMiller. Assets like Camden Town can help augment AB InBev’s portfolio and give it greater access to the craft category. But with AB InBev reporting quarterly volume of 121.7 million hectoliters – deals for names like Camden Town won’t move the sales needle much.

Correction, December 22, 2015: An earlier version of this story misstated the location of Four Peaks Brewing.