Why Amazon Workers in Germany Are on Strike 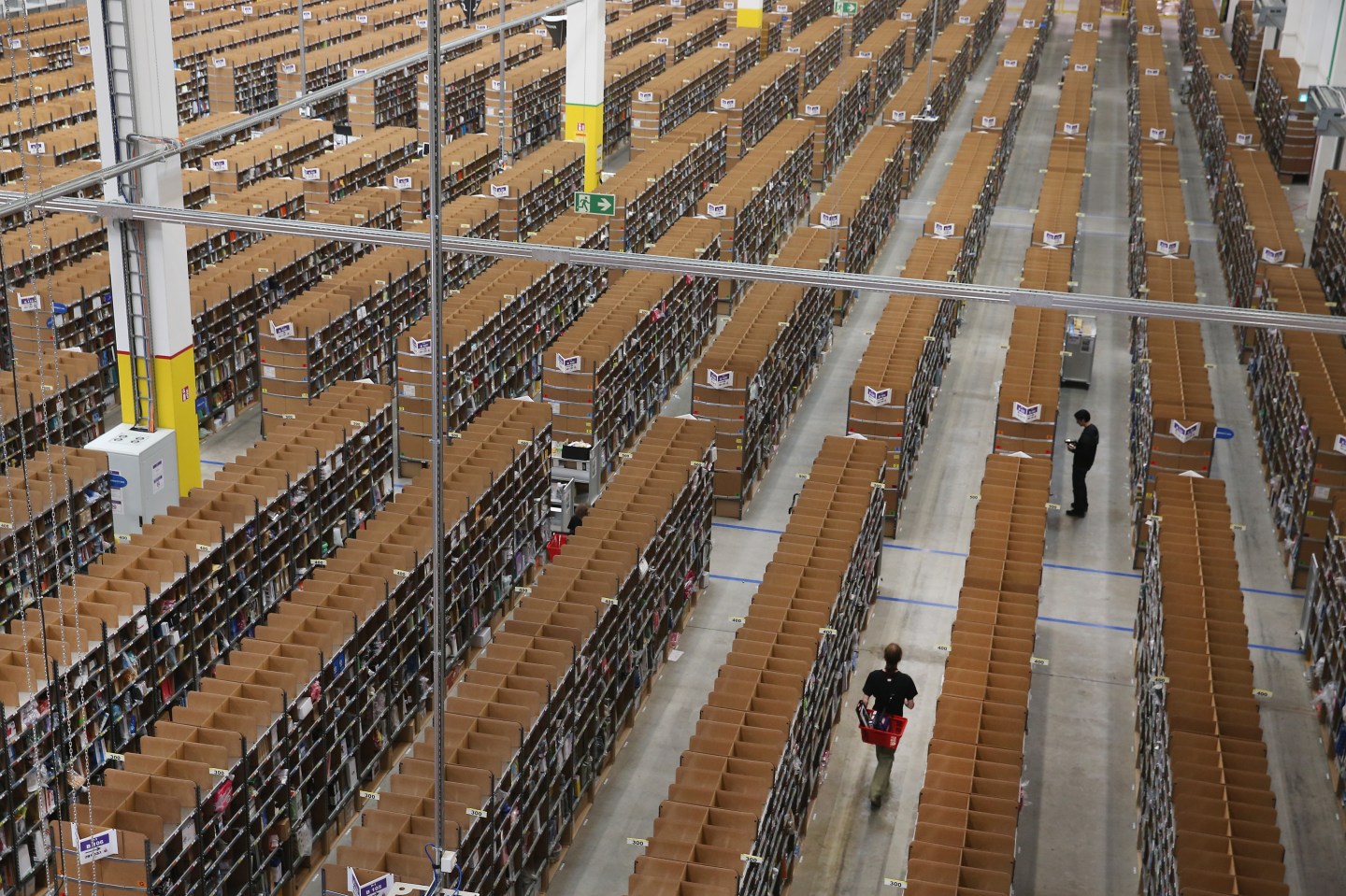 Workers walk among shelves lined with goods at an Amazon warehouse on September 4, 2014 in Brieselang, Germany.
Photograph by Sean Gallup — Getty Images

Workers at German warehouses of U.S. online retailer Amazon.com (AMZN) were called out on a new strike by labor union Verdi on Monday as part of a long-running dispute over pay and conditions.

Verdi said in a statement that workers at six of the nine Amazon warehouses were joining the strike, which will run until Dec. 24 at four of the centers and for shorter periods at the others.

Germany is Amazon’s second-biggest market after the United States with 10,000 warehouse staff plus more than 10,000 seasonal workers.

A Verdi spokeswoman said the union expected a similar number of workers to join the strike as previously, when hundreds of staff walked off the job at several warehouses.

But an Amazon spokeswoman said only a small minority of staff were on strike.

“There is absolutely no impact on our customer delivery promise. The vast majority of our employees are working,” she said, noting that Amazon uses a network of 29 warehouses across Europe to fulfill orders.

Verdi has organized frequent strikes at Amazon since May 2013 as it seeks to force the retailer to raise pay for warehouse workers in accordance with collective bargaining agreements in Germany’s mail order and retail industry.

Verdi said on Monday Amazon employees suffered from excessive pressure, rigid workplace controls, high sickness rates and arbitrary decisions, such as a cut in annual holidays at the Leipzig warehouse to 28 days from a previous 29 days.

In a statement on Monday, Amazon said it had created more than 800 extra permanent jobs in its German warehouses this year, with many of the new employees starting as seasonal workers during the Christmas trade.