Supreme Court Conflicts of Interest Are Raising Calls for Reform 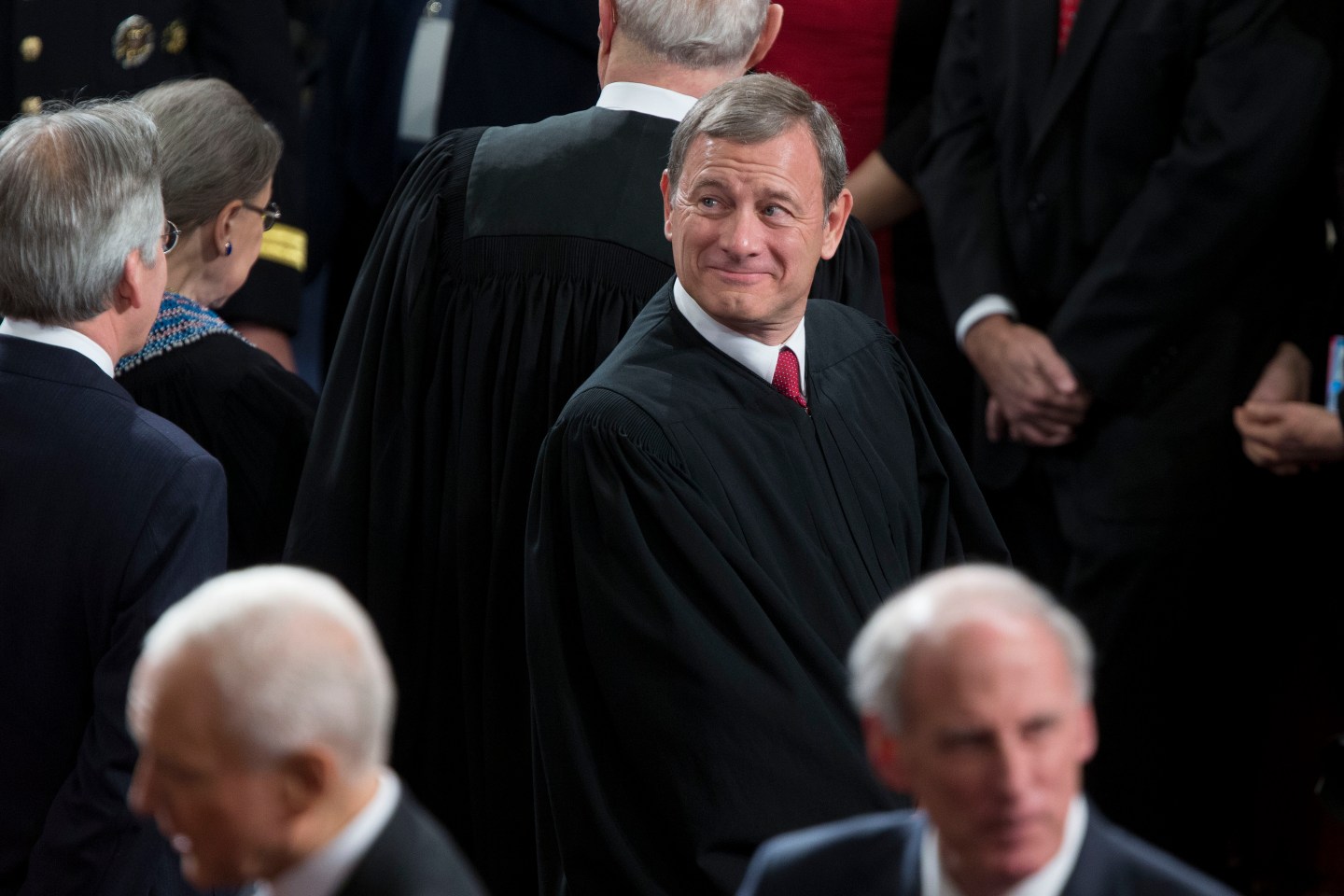 Supreme Court Chief Justice John Roberts arrives to listen to U.S. President Barack Obama, not pictured, deliver the State of the Union address to a joint session of Congress at the Capitol in Washington, D.C., U.S., on Tuesday, Jan. 28, 2014. Obama offered modest steps to chip away at the country's economic and social challenges in a State of the Union address that reflects the limits of his power to sway Congress. Photographer: Andrew Harrer/Bloomberg via Getty Images
Photograph by Andrew Harrer — Bloomberg Bloomberg via Getty Images

The job of the Supreme Court is to make sure that Congress and the President follow the rules. But what happens when justices of America’s highest court step out of line?

Take Chief Justice John Roberts: In October, Roberts took part in an Oct. 5 disposition regarding an environmental cleanup case in which Texas Instruments (TXN) was one of the companies seeking review, according to a report in Bloomberg.

Financial disclosure forms from 2014, however, show that Roberts or a close family member owned between $100,000 and $250,000 in Texas Instruments stock. Ruling on a case where there is such a conflict of interest is against the law, according to the report. In an email to Bloomberg, Kathy Arberg, the Supreme Court’s spokeswoman, said attributed the mistake to “human error.”

The oversight is being used by critics of the Supreme Court’s ethics rules as evidence that the institution is in need of reform. Gabe Roth, executive director of Fix the Court told Bloomberg, “Chief Justice Roberts’s oversight … demonstrates that the Supreme Court’s current system of self-checking for conflicts isn’t working.”

Roth, a former journalist, launched his group last year to increase transparency in the Supreme Court and publicize conflicts of interest that plague the highest constitutional authority. In an op-ed in the Los Angeles Times published last year, Roth wrote:

Does having relatives involved in labor disputes, affirmative action battles and cameras in courtrooms affect how Supreme Court justices decide cases and manage their institution? They say no, and we’re supposed to take them at their word. But is “trust us” really good enough for the nation’s highest court?

A confluence of recent events has made the Supreme Court the most powerful, least accountable public institution in the country. It is time to make the justices more accountable to the American people.

Fortune has reached out to the Supreme Court for comment and will update the story if it responds.