Abby Wambach Scored More Goals Than Any Man, Earned Much, Much Less 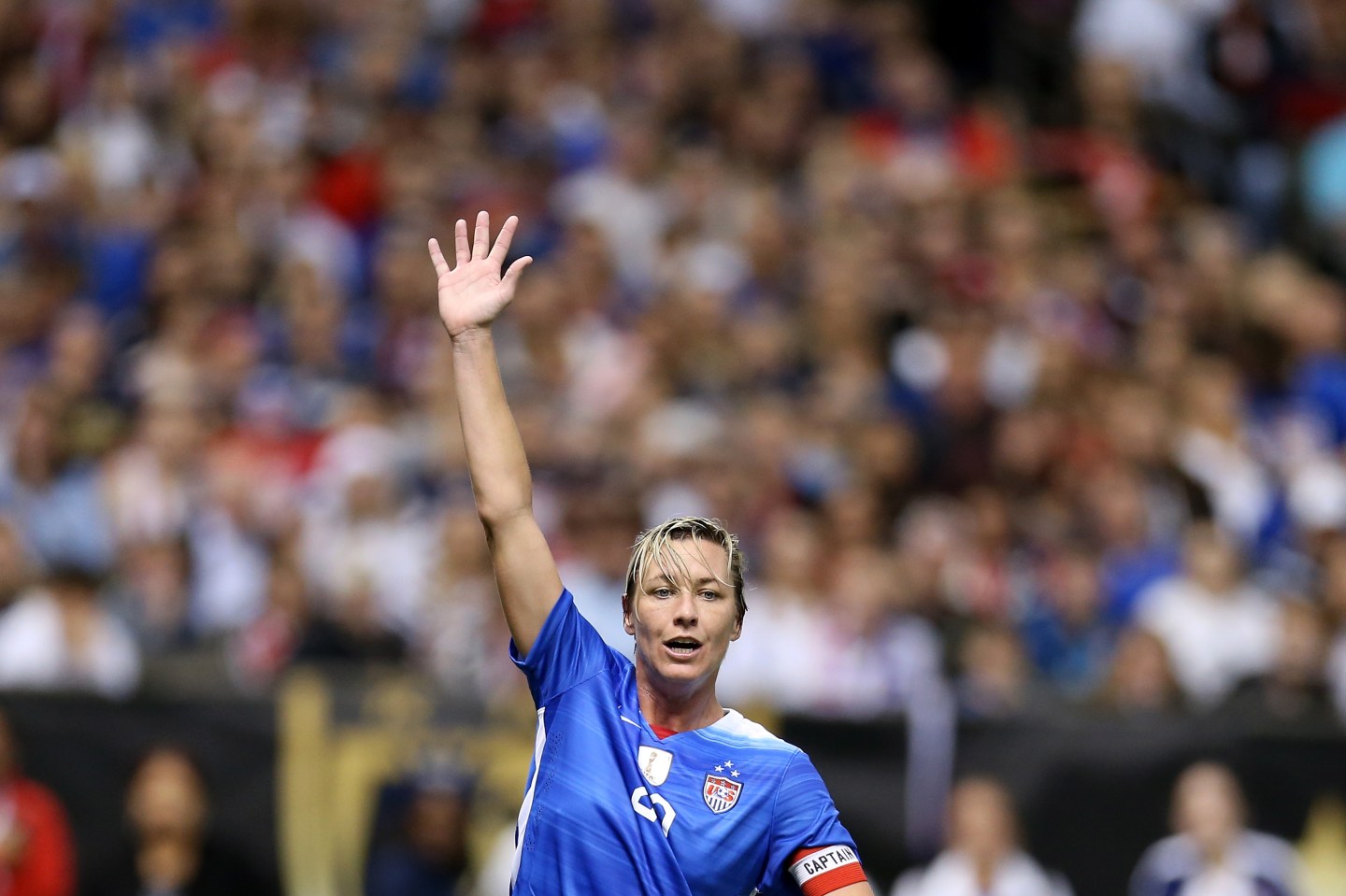 Abby Wambach is retiring from soccer at age 35, having scored more goals than any man or woman in history. But in her storied career, she scored far less in salary and earnings than her male peers.

It’s a vivid a reminder of the gender pay gap that still exists at the highest level of sport.

Wambach, a forward for the U.S. Women’s National Team, broke Mia Hamm’s all-time scoring record in 2013, and leaves the game with 159 goals. That’s more than stars like Lionel Messi, Cristiano Ronaldo, or Neymar. Yet those men are both higher paid and more widely marketed.

Ronaldo made more than $48 million in 2014, and that doesn’t include his lucrative endorsement portfolio. Messi makes even more on the field—higher than $50 million—though less than Ronaldo in endorsements. Wambach had an annual salary of around $200,000.

Consider that for a moment.

On our International 20 athlete earnings list last year, nine of the 20 highest-paid international athletes were soccer players—none of them women. Only two women made the international list: Maria Sharapova and Li Na. Just one woman landed on the U.S. ranking, the Fortunate 50: Serena Williams.

To be sure, this isn’t just about gender bias. Soccer still hasn’t become as entrenched as football, basketball, or baseball in the U.S. Major League Soccer has grown by leaps and bounds, and often sells out stadiums, but it doesn’t generate anywhere close to the merchandise revenues or television fees that the big three pro leagues do.

Wambach did enjoy a slew of endorsement deals, from Nike, Gatorade, Deloitte, Cree light bulbs, Triax wearables, and Scotts lawn care. Add those to her soccer salary, and her annual earnings reached just about $1 million a year, insiders tell Fortune. Compare that $1 million (salary + endorsements) to the more than $40 million David Beckham was making just from endorsements in his last year of professional soccer.

Wambach thanked some of those sponsors this week on Twitter before deleting her account. Why did she delete her social media accounts? A new TV spot for Gatorade, timed to her retirement, explained it.

In the ad, Wambach tells fans to “forget me.” As Fortune contributor Gwen Moran, a self-professed “soccer mom” wrote this week, Wambach is encouraging her fans “to look forward to the next goal and the next achievement in an effort to move the game forward.” But Wambach is also making a point that other women have echoed, in a year of major achievements for women in leadership positions in professional sports: Eventually, they hope it will no longer be a big story when a female athlete, or a woman working in some other capacity in sports, reaches new heights.

Becky Hammon, who became the first NBA assistant coach last year, and this year coached the San Antonio Spurs to a win in the NBA’s Summer League, told Fortune, “Now that this door has been opened, maybe we’ll see more of it, and hopefully it will not be a news story.”

Eventually, Wambach hopes, remarkable women like her will be commonplace in major sports. It won’t be a remarkable phenomenon because it will no longer be rare. When American sports do reach that point, many hope that women like Wambach will also rewarded with better pay.