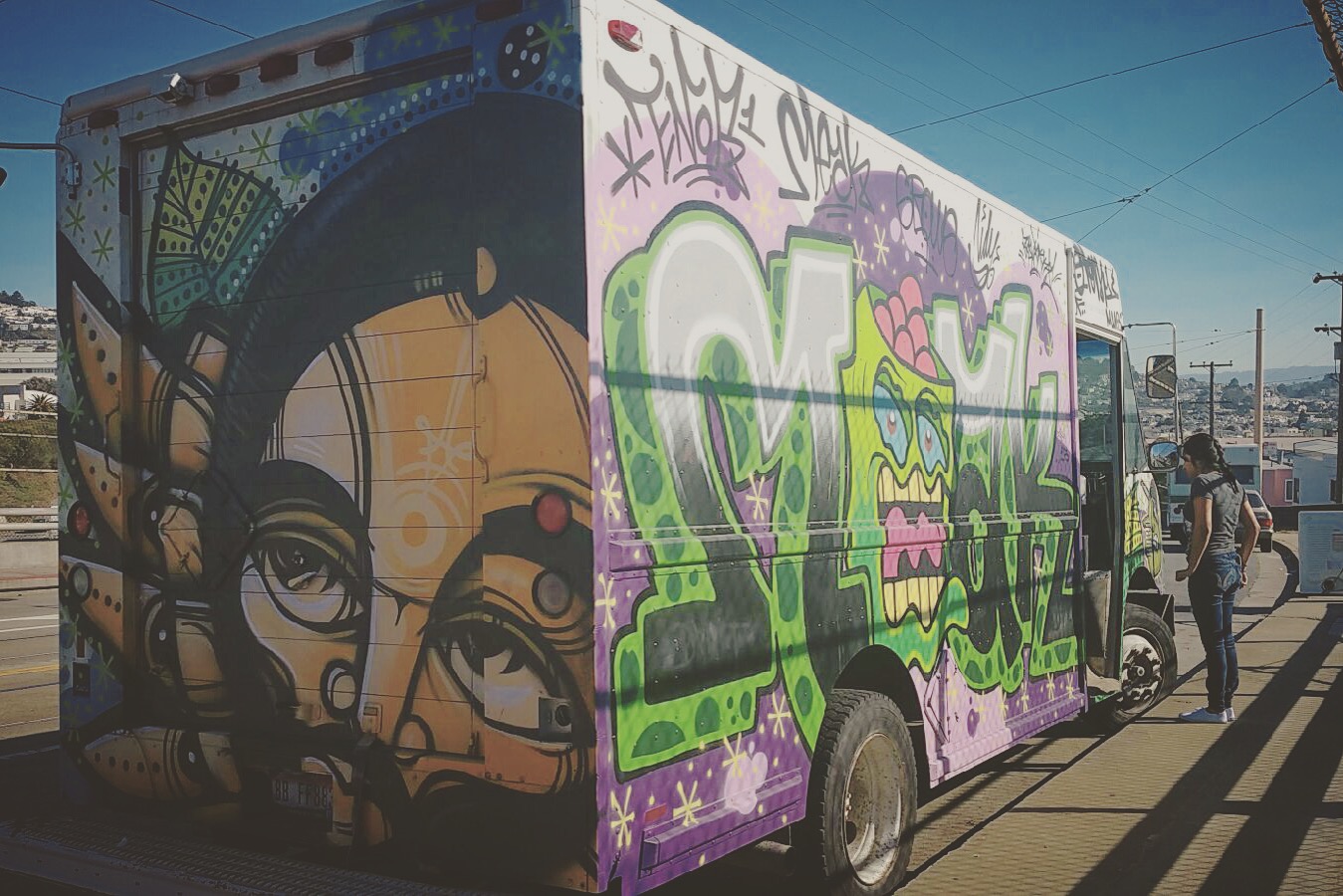 The Make It Happen Wagon, now decorated by a tenant in San Francisco.
Courtesy of John D. Storey

It is nicknamed the “Make it Happen Wagon,” has no plumbing, and may not provide enough warmth for winter. At $600 a month, an old FedEx truck has also become a legitimate option for San Francisco renters.

So far, three renters from the Bay Area have stayed in the back of the truck’s 96-square-foot refurbished space – which has been decked out with wooden floors and walls, a tiny kitchen and a green couch – since it was put up on Craigslist in January. The reasons are simple: these renters believe it’s better to stay in the “Wagon” than pay the sky-high average rent in San Francisco.

“For people in (my) generation, I just need a place to store my stuff, and wake up and sleep in. Why pay half of my paycheck for a place where I just spend most of my time sleeping in?” said John D. Storey, a 28-year-old user experience designer who owns the truck and has been renting it out since January.

Much has been made of the escalating rental prices in San Francisco in recent years. The influx of Silicon Valley workers, along with ineffective rent control regulations, have made affordable units scarce. The median monthly rent for a one-bedroom apartment in San Francisco was a record $3,670 in October, according to real estate site Zumper, making it the most expensive city for renters in the country. Trulia found that more than 90% of one-bedroom rentals in San Francisco are over $2,000 a month.

So renters are taking to odd living arrangements to cut rental costs. One landlord who lived near Google’s headquarters in Mountain View put up a Coleman tent in his house’s backyard and charged $900 a month – and he had so many offers, he doubled his daily rate, reported CBS.

Another landlord reportedly charged $1,800 a month for a bunk bed in a house of 30 other people.

With that in mind, even a tricked-out truck seems like an attractive option. To accentuate matters, Storey isn’t even from San Francisco; he’s from Utah, and could have moved to San Francisco and stayed in the Wagon himself had he not accepted a job in his hometown.

Storey first bought the truck in 2013 for $4,000, and wanted to see if he could outfit it as a co-working space for anyone who was interested in a temporary office. It took around two years and an additional $6,000 to turn it into a viable living quarters.

Upon learning of his new job, Storey put his truck up for rent on Craigslist’s Los Angeles and San Francisco sites. “I saw that the lowest rent went at around $900, so I thought I’d undercut that by a substantial amount,” he said. “I really wasn’t expecting somebody to take it soon as they did.”

They did – in the first week, 12 people expressed an interest, and two were willing to rent the truck sight unseen. Storey’s first tenant, a San Francisco State University student, lived in the truck for six months, followed by two more renters from the area.

Currently, the truck is under service – “the engine’s been unreliable”, said Storey – but the whole experience has been a huge encouragement for Storey. This year, he purchased another truck for $6,000 with designs on creating the “Uber of apartments” if he could find interested investors. “I think what has happened with [the Wagon] proves its validity,” he said.