Why ‘The Walking Dead’ Creators Are Exploring Virtual Reality 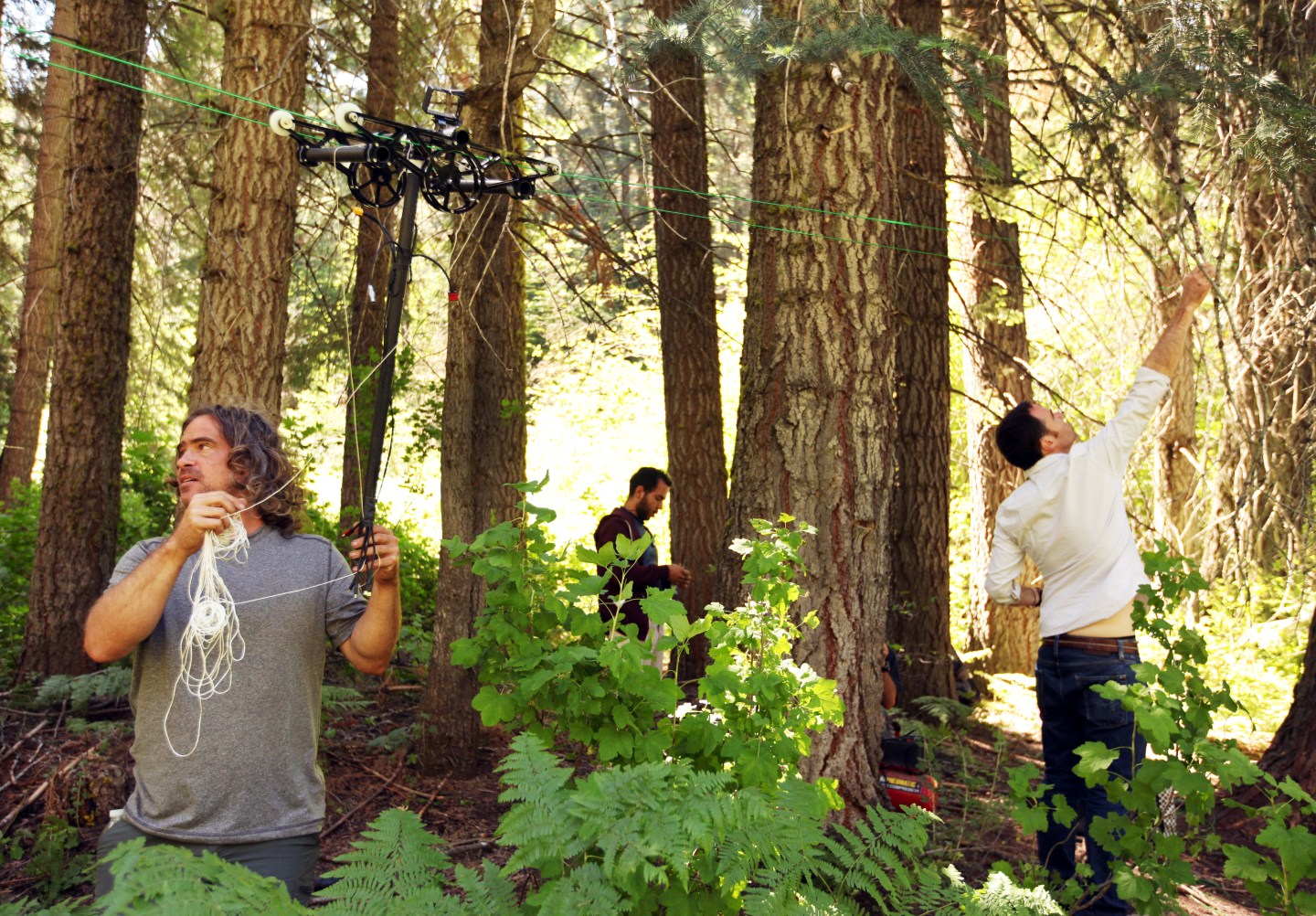 Skybound Entertainment, the company that turned The Walking Dead into a cross-media global juggernaut, has entered the virtual reality fray with the world’s first 360-degree episodic thriller.

Gone, which was developed with startup Wevr and funded by Samsung for its $99 Gear VR mobile headset, introduces a mystery involving Meredith Clover’s missing daughter, Emilia. In addition to being able to look around each scene in 360 degrees, Samsung developed “exploratory video” technology that allows the viewer to teleport from multiple points of view to get additional clues.

“We actively sought to partner great storytellers with great software engineers, to shape this format together,” Apfel says. “This is a radical departure from how traditional media, such as TV, evolved. That process was always siloed—the hardware folks were in one room, and the creative folks were in another.”

With Gone, Samsung (SSNLF) took a more collaborative approach, which included calls, meetings, and whiteboard sessions in developing the 11-part series. The show was filmed over three weeks this summer in Los Angeles and the Sequoia National Forest this summer.

“We had film directors suggesting feature sets and specs for an app, and we had software engineers helping sketch out best practices for shooting video,” Apfel says. “Everyone checked their egos and preconceived notions at the door, because that’s the only way we could have built something native to VR.”

Petty says he wanted to craft a mystery thriller with a feeling of the 1993 Jeff Bridges film The Vanishing.

“A missing child thriller was of interest because I’m a new father,” Petty says. “The tension of not being able to see everything at once is similar to not always being able to protect your child.”

Petty says the show develops as a mystery because Emilia has been lying to her mother about where she’s been going. The viewer watches and interacts with the show from a floating third-person perspective in the same place as the mother as she looks around the house and the surrounding area for clues.

“We wanted to bring a level of immersion into 360-degree video that approached what a user will find inside a game, and we’re doing it one series and one software advancement at a time,” Apfel says.

Petty has his roots in the video game industry, having worked at Ubisoft as a writer on Tom Clancy’s Splinter Cell franchise. He approached this series, and its multiple hot spots, like he would a video game by writing a design document to keep track of all the different perspectives, as well as the timeline within the story.

This being an early virtual reality initiative, Petty also had to deal with challenges that traditional television shows don’t. For example, Wevr had to use a 3D printer to build a cable camera rig for one of the 360-degree cameras they used. Wevr built the camera out of custom lenses and GoPros, and the technical team had to continually solder new fans onto the camera because they kept breaking. And cold packs were used to keep the camera from overheating during a scene.

While Petty believes the series works better in six- to eight-minute chunks creatively, he also admits it takes a while to build up a tolerance for virtual reality. Short-form content is best for now, he says, especially for mainstream viewers.

“We were trying to reach out beyond the gaming audience to everybody—like what a TV show does,” Petty says.

Although television doesn’t offer the full immersion—or the interactivity—of Gone. And this is just the beginning of that exploration.

“When Samsung was planning its Milk VR service, we suspected that viewers would quickly demand and crave more engaging, interactive experiences; we’re now seeing user patterns that back it up,” Apfel says. “We think drama/suspense is a great jumping off point for this.”

Skybound Entertainment is also exploring a virtual reality video game with The Walking Dead through a partnership with game maker Starbreeze Studios.

For a deeper look inside Gone, check out this video: