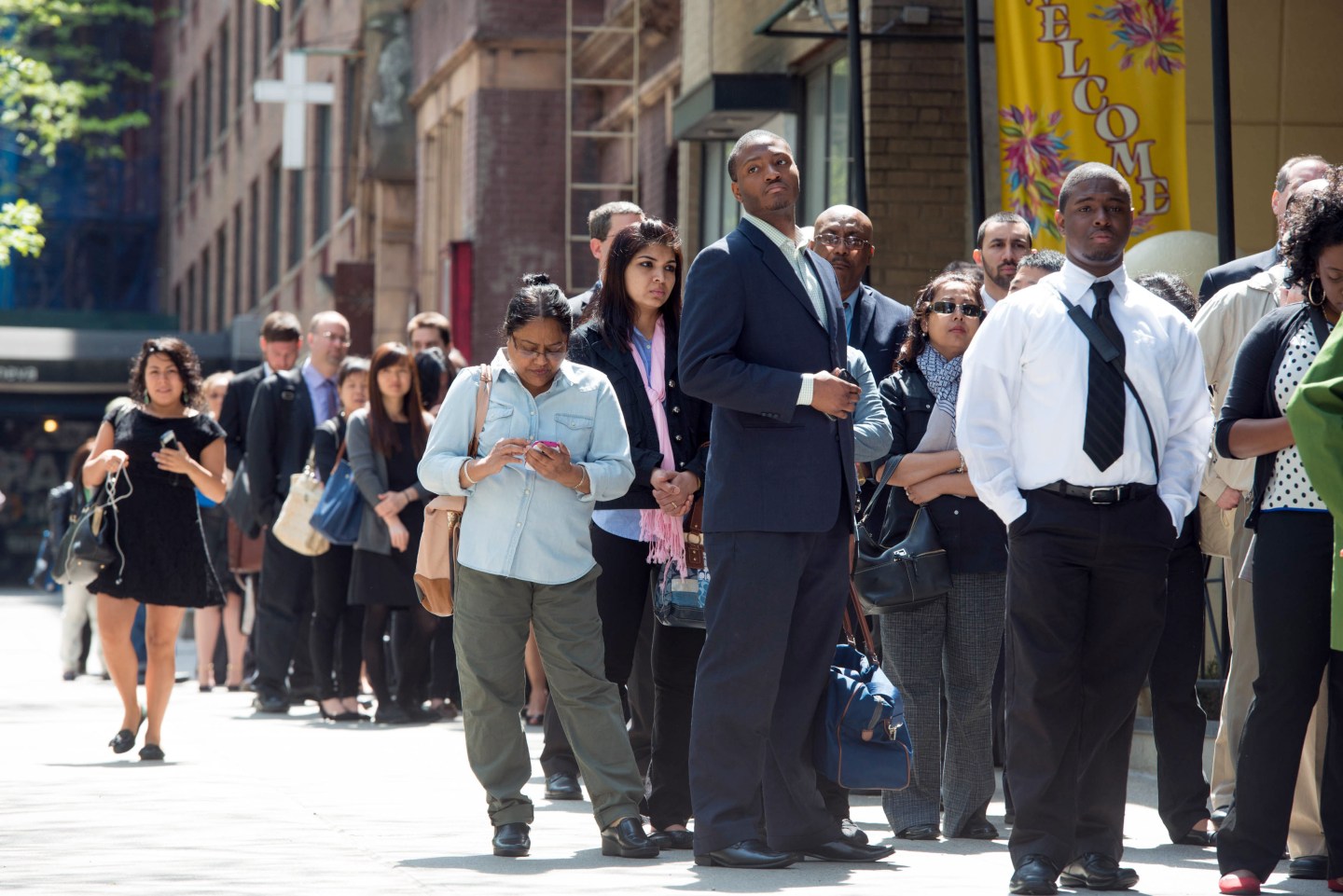 In June 2014, the American economy reached a momentous milestone—it recovered all 8 million or so jobs it had lost in the Great Recession.

But a new study out Monday from the Georgetown University Center on Education and the Workforce says that that celebration was premature. The economy is still missing 6.4 million jobs.

Those missing jobs represent the difference between the number of jobs now—148.9 million—and what employment would have been had the recession not interrupted job creation—155.3 million. If the economy manages to add at least 205,000 jobs per month, that divide will close in 2020.

It may seem counterintuitive that the economy is missing that many jobs since—with unemployment at 5% in November—the United States is nearing full employment. But the joblessness rate doesn’t account for those workers who are discouraged to the point that they’ve stopped looking for work or those who are underemployed and holding part-time, temporary, or freelance gigs. The underemployment rate stands at 9.8%—down from a high of 17.1% during the recession but still well above pre-recession levels.

The Georgetown Center says that the 6.4 million missing jobs have contributed to a slack in the labor force that’s best illustrated by the employment-to-population ratio, which measures employment among all working-age Americans, not just those actively looking for a job. Before the recession hit, that rate stood at 62.8%. It sank to as low as 57.8% during the recession and is now at 59.3%.

That relatively low employment-population rate is one reason Americans haven’t seen a meaningful increase in wages, says Anthony Carnevale, director of the Georgetown Center and the report’s lead author.

Carnevale said it’s coincidence that this report was published two days before the Federal Reserve is expected to announce an interest rate hike. Nevertheless, he says “there’s a preponderance of data that shows it’s too early to take the foot off the gas.”