Star Wars, Oracle, and the Fed’s Big Decision — 5 Things to Watch in the Week Ahead 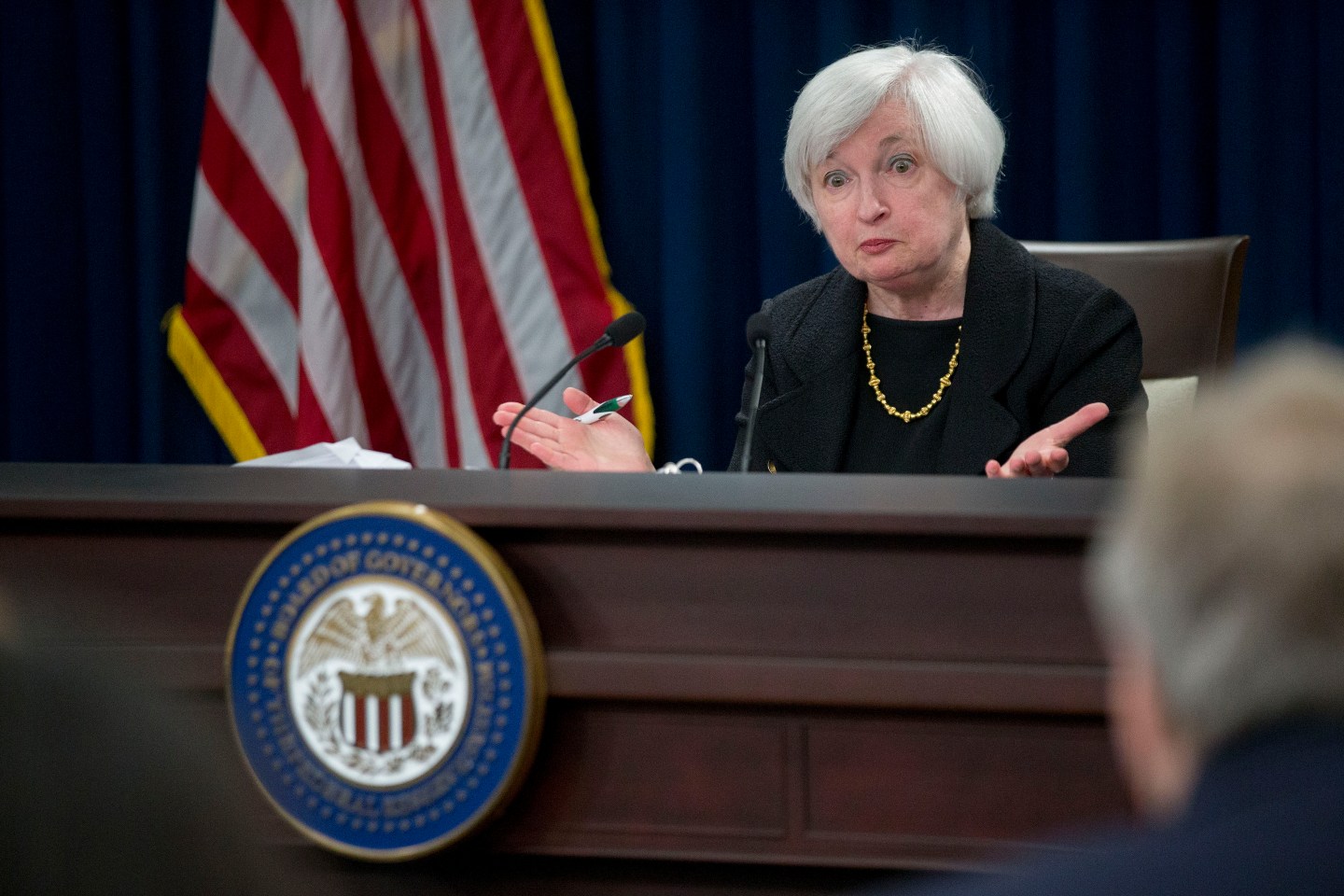 This week brings a long-awaited rates decision from the Federal Reserve as well as a new handful of important economic data. Meanwhile, lawmakers in Washington, D.C., need to come together on a long-term bill that would avoid another government shutdown, and movie theaters around the world will be transporting Star Wars fans to a galaxy far, far away.

Here’s what to watch for this week

This is not a drill, people! After months (and months) of hand-wringing market speculation, the Federal Reserve is expected to finally raise interest rates for the first time since the financial crisis. Leaders of the central bank will gather this week for their final monetary policy meeting of 2015, and Fed chair Janet Yellen has maintained that she thinks rates should be increased from their historically low levels before the end of the year. The unemployment rate is down to 5% and, while inflation remains below the Fed’s 2% target, Yellen is wary of delaying a rate hike for too long. Fed officials will meet for two days, starting Tuesday, with the rate decision and announcement coming Wednesday afternoon.

2. The stock market’s reaction to the Fed, plus more economic data

Stocks have been volatile all year as investors waited for the Fed’s decision, so this week may finally give us a look at how the market reacts to an actual rate hike. Stocks have already been unsteady due to plummeting oil prices as well as November retail sales figures that came in lower than expected. This week also brings a series of economic data releases that could affect investor confidence. On Tuesday, the Consumer Price Index (CPI) is expected to have increased by 0.4% in November, while Wednesday’s report on housing starts is likely to show that groundbreaking increased to 1.14 million units in November from 1.06 million units the previous month.

Software giant Oracle (ORCL) is expected on Wednesday to report sales and profit that fall slightly below Wall Street’s expectations for the second quarter. Investors will be interested in hearing about whether the company has seen more success from its growing cloud business. Meanwhile, consulting company Accenture (ACN) is expected to post first-quarter earnings that outpace analysts’ predictions, and package shipper FedEx (FDX) is likely to report higher second-quarter earnings.

Members of Congress delayed a government shutdown for five days last week when they passed a short-term spending bill. However, lawmakers have a new deadline this week to agree on a $1.1 trillion long-term measure that would keep federal agencies funded through most of 2016. So far, the bill has been delayed by political debates over issues such as Planned Parenthood funding and Syrian refugees.

Star Wars fans will finally be able to watch the most anticipated movie of the year at the end of the week. Three years after Walt Disney (DIS) acquired Lucasfilm for $4 billion, many analysts are predicting that Star Wars: The Force Awakens could be one of the highest-grossing films ever released and possibly only the third film ever to pull in more than $2 billion in global ticket sales. Of course, the movie franchise also makes a ton of money off of merchandise and a variety of licensing deals. Analysts expect Disney could see another $5 billion in 2016 just from Star Wars toys, video games, and other products.