Why Everybody Needs A Connected Doorbell 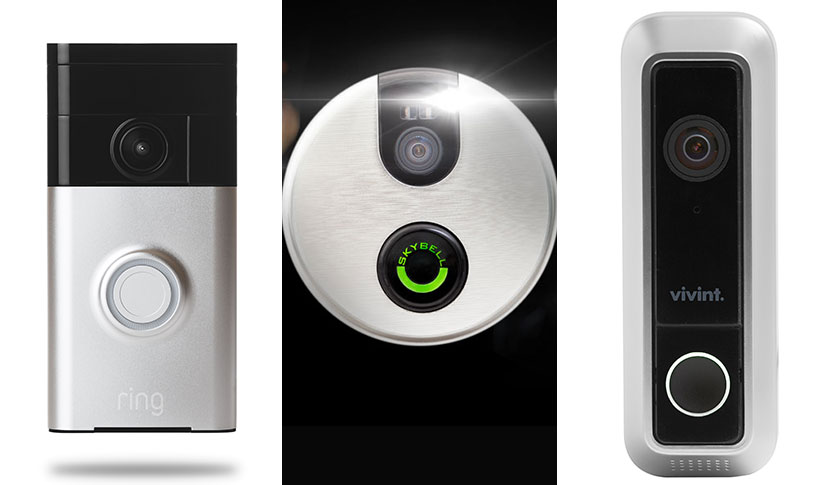 Get ready to ring in the New Year with a connected doorbell. Yes, really. These Wi-Fi-enabled gadgets replace your conventional doorbell with a device that, in most cases, links to your mechanical door chime and syncs with an application on your smartphone. When a visitor rings the doorbell, a notification appears on your phone’s screen. Tap on it to launch the application, from which you can view a video stream of the person at the door. It’s no parlor trick. With such a system you can start talking to your mailman, neighbor, or even would-be robber and convince them that you are home when you aren’t.

Once you have a connected doorbell, you may find yourself using it for far more than its advertised purpose (I use it to see if the items my daughter wears to school and “loses” actually make it home). For $200, a smart doorbell gives a little peace of mind and a lot of high-tech ability to track holiday gifts when they’re in the so-called last mile. Here’s a look at four options available today.

Photos: Courtesy of August and Skybell

This $199 model comes in four colors and has the most striking design of the bunch. It takes about three seconds on Wi-Fi to start a videochat, which works well thanks to an especially tall viewing angle. The doorbell works with the August smart lock to enable you to see who’s at the door, then let your visitor inside. Installation takes 15 to 30 minutes, depending on the mounting surface.

The $199 Skybell HD offers features you won’t find on competing models—among them, full-color night vision, customizable LEDs, and an embedded temperature sensor for eventual use with other smart devices. But the “silence” option on the door chime is a feature that new parents will love, allowing them to receive phone notifications without waking the baby.

Photos: Courtesy of Ring and Vivint

Earlier this year, Richard Branson backed the company that makes the Ring doorbell. Better still, American Family Insurance customers can receive a 5% discount on monthly premiums because video doorbells reduce burglaries. At $199, Ring is the only model on this list that can use a battery. But when on battery power, it doesn’t connect to your existing chime, and its videochat is sluggish.

This model looks the most like a conventional doorbell. It’s anything but. Vivint’s doorbell comes with a contract for its home security service. The upside? Someone else will install it for you. The downside: $54 a month for service. The doorbell ties into a network of sensors that Vivint will set up, so if you want security and home automation, this is the bell for you.