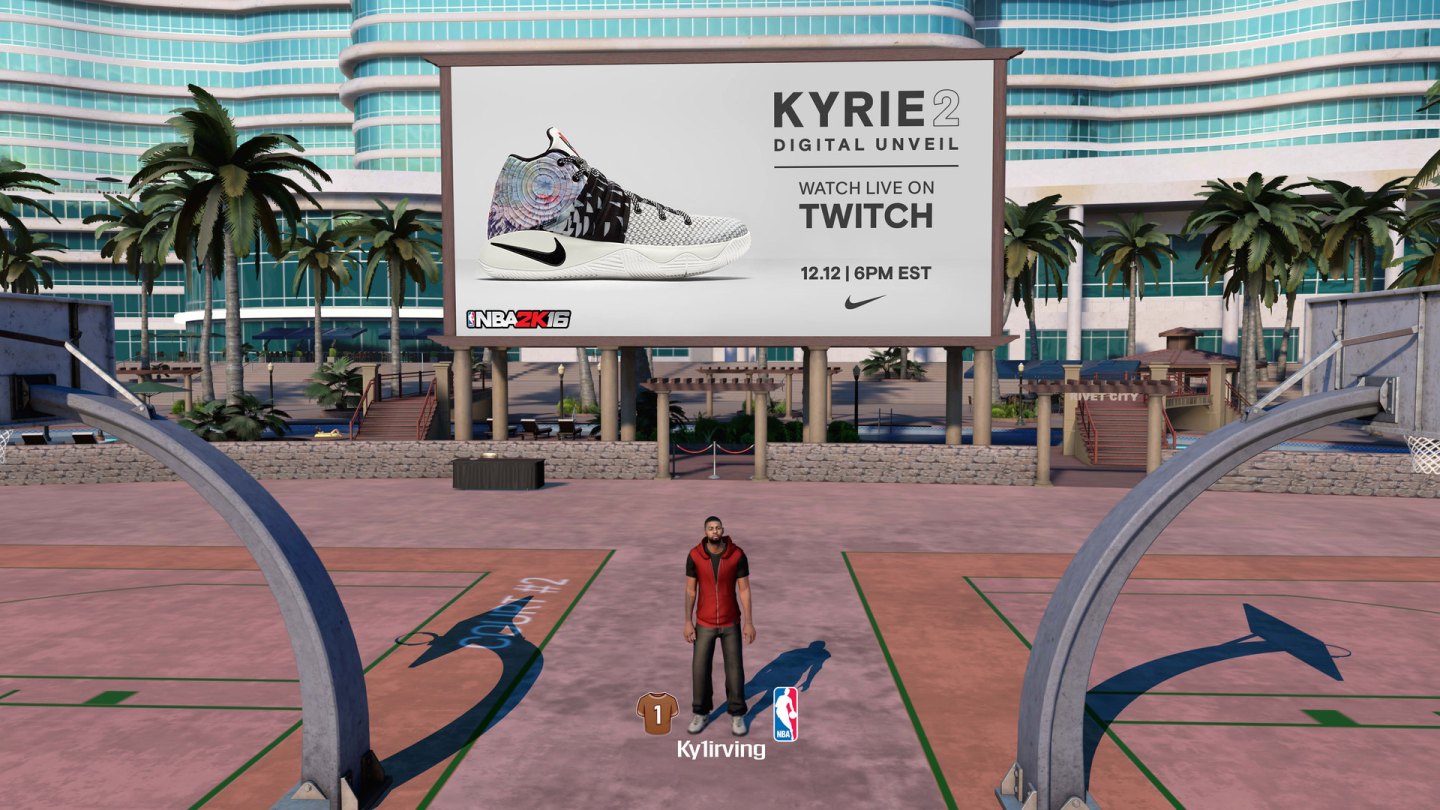 Irving will spend an hour on Saturday answering questions and playing gamers in a special NBA 2K16 MyPark live event, rewarding anyone who beats his team with a free pair of autographed Kyrie 2 shoes.

Alfie Brody, vice president of marketing for NBA 2K, says the new MyPark mode was perfect for this first-ever event because it lets fans be both spectators and participate in a live challenge. Plus, the Nike shoes were featured on the virtual players and on signage around the digital court.

“What Twitch enables us to do is not only highlight NBA 2K16, but create more impactful live events with special guests like Kyrie who can engage directly with fans while they’re playing,” Brody says. “It is really a tremendous platform to better connect our fans with the stars and our community, which makes our game so special.”

Nike selected the most popular NBA video game in the world, as well as a game Irving spends a lot of his free time playing. 2K shipped over 4 million copies of NBA 2K16 to retail stores in October and sold through over 1.1 million copies in North America alone in its first seven days.

John Imah, senior manager of partnerships at Twitch, says the livestreaming community is filled with cord-cutting 15 to 35 year-olds that brands are trying hard to reach.

“By broadcasting this on Twitch, the NBA, 2K, and Nike can simultaneously reach multiple audiences, including media, gamers, kick collectors, and basketball fans,” Imah says.

Imah says that most Twitch content is consumed live as it occurs, driven by real time social interaction. This bodes well for events where celebrities are spending time interacting with gamers on a virtual court.

“There is always value to having a VOD (video on demand) available for those who missed the broadcast, which can then be socialized, but like the Super Bowl, people will want to see it when it happens,” Imah says.

People are watching a lot of live Twitch content, with an average of 106 minutes watched per person.

2K is no stranger to Twitch. 2K uses the platform to connect with its gaming audience via weekly livestreams, and uses Twitch as a marketing and community tool for many of their announcements.

While this marks the first time Nike entered the livestreaming arena, Imah believes others could follow.

“Because reaching the millennial audience is difficult these days through traditional marketing and advertising, a lot of non-endemic brands have been embracing our platform,” Imah says. “Since Nike is leading the charge on the footwear front, their campaign should attract others given the pioneering role Nike has played in its industry.”

For more about Nike, watch this Fortune video: