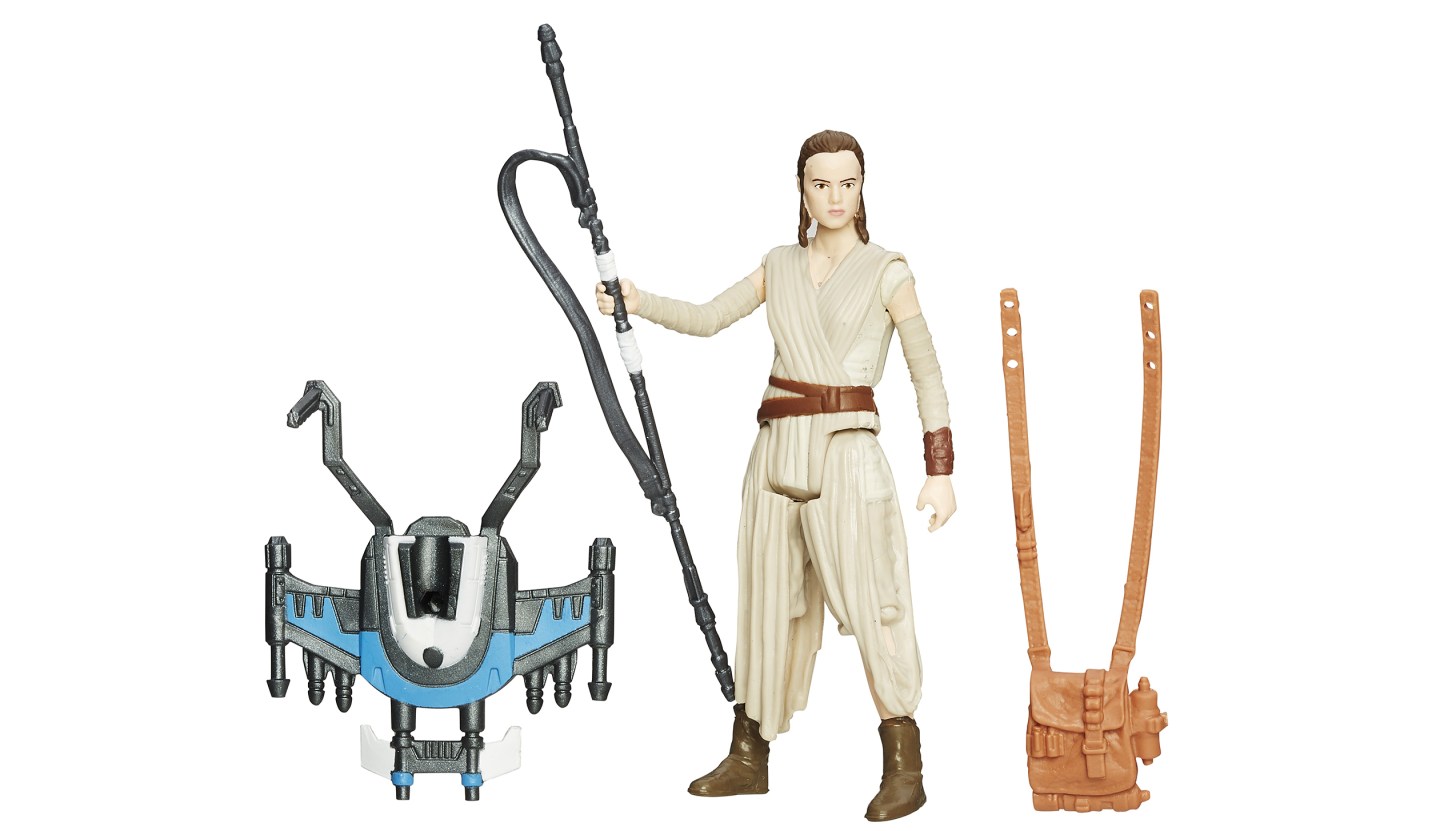 Leading up to the release of the new Star Wars movie “The Force Awakens” next week, Walmart mistakenly began selling an action figure of a character in the film before the toy was supposed to be revealed.

A Walmart (WMT) in Council Bluffs, Iowa, put a figurine of the new female character Rey wearing her so-called “resistance outfit” on shelves recently with a price tag of about $7. But when Star Wars collector and host of the podcast Star Wars Action News, Justin Kozisek, purchased the product earlier this week and posted a picture to Facebook, he set off a firestorm.

Other Rey action figures, all made by Hasbro (HAS), have been available for sale since Sept. 4, such as the “snow mission” version of the heroine (pictured above), which is sold out on Walmart.com. But the one Kozisek bought has not been officially released, nor publicized by Hasbro in its product announcements: It features Rey wearing a tight-fitting version of her beige outfit with a sleeveless blazer—and holding a blue lightsaber, which some fan blogs declared a plot spoiler.

On Thursday night, Facebook had restored the photo of the secret toy, Star Wars Action News founder and co-host Marjorie Carvalho told Fortune. But by Friday morning, the entire post had been taken down. Kozisek received an email from the social network explaining that it had removed the post, and banned him from Facebook for three days, because a Disney employee filed a complaint that “the content infringes their copyright,” according to Carvalho.

Threats of lawsuits over movie memorabilia were a first for Star Wars Action News. “We have never had an issue in the 10 years we have been doing this,” Carvalho said.

Neither Disney nor Hasbro responded to requests for comment. A spokesperson for Walmart’s Star Wars products could not immediately comment on why the action figure was sold. Fortune will update this story with company responses as they come in.

Here’s a picture of Kozisek’s receipt for the unreleased Rey action figure (with payment information blurred out):

A customer’s Walmart sales receipt for the Rey action figure that was not supposed to sold yet.Courtesy of Justin Kozisek/Star Wars Action News