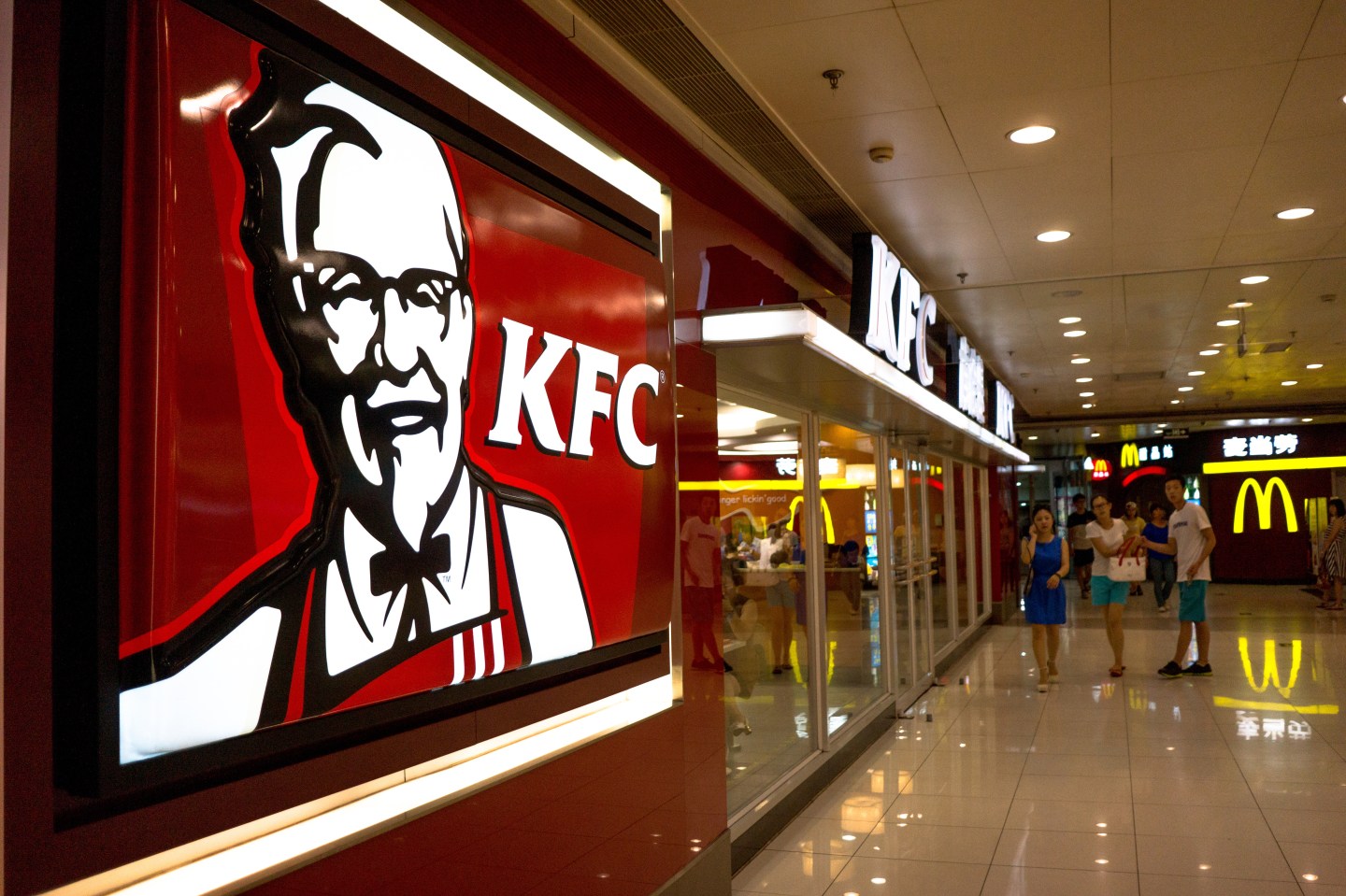 Yum Brands (YUM) will spin off its once-fast growing China division sometime in 2016, but the remaining company will still generate wads of cash and has tons of room to aggressively expand, according to its CEO.

The company, which owns the KFC, Taco Bell, and Pizza Hut restaurant chains, said on Thursday that it planned to return up to $6.2 billion to investors before it hives off its China business and lists it on the New York Stock Exchange by the end of next year.

Yum’s 6,900-restaurant China division generated 54% of overall operating profit in the third quarter, and China has been the biggest source of growth by far at Yum since the company was spun from PepsiCo in 1997. But in the last few years, KFC in China has been beset by food safety scandals, avian flu outbreak fears, marketing missteps, and intense local competition. All of these factors have been a drag on business: sales at Yum’s established restaurants in China have fallen in four of the last five quarters. And it’s not out of the woods: in November, Yum China comparable sales declined 3%.

The disappointment in China has been a drag on Yum’s overall results and, by extension, Yum shares, leading the company a year-and-a-half ago to consider spinning off its China business, something activist investors have pushed for as well.

Though China commands a lot of attention, Yum CEO Greg Creed told Fortune that other international markets are still untapped. He sees the opportunity to eventually triple the number of restaurants Yum has, pointing to markets like Nigeria and Brazil as being full of potential. KFC can open 500 more stores outside of the U.S. and China, while Pizza Hut can grow by 325 locations. What’s more, Africa shows “huge” potential, he said, particularly Nigeria. Even without China, Yum will be in 126 countries.

And despite the spin-off, Yum is betting that China can still be a source of growth. Yum is keeping some skin in the game via a license fee, giving it a cut of sales in China.

“With the license fee of 3%, we are going to participate in the significant upside potential in China,” Creed said in an interview. That rate is slightly below the industry average, according to a Reuters report.

As for its business outside China, Yum will continue its franchising push and a plan to have 96% of restaurants franchised by the end of 2017. Franchising is more common with mature quick-service restaurant chains like McDonald’s (MCD) and offers a company a steady flow of income with less volatility since it is not on the hook for losses or things like capital expenses.

Beyond emerging markets, Yum has tons to keep it busy in developed markets. For instance, it has been updating the 60-year old KFC brand with a new ad campaign and introducing home delivery in some markets.

“I think we’ve taken what was considered a tired old run-down brand and made it a real contemporary brand,” Creed said.

Yum China CEO Micky Pant said the country’s market can absorb many more new KFC stores, though pace is slowing a bit: in 2016, the company will open 600 new restaurants, down from 700 this year. The fried chicken chain already operates stores in 1,000 Chinese cities.

“In China, KFC offers breakfast and a premium cup of coffee,” said Pant. “At Pizza Hut in China, you can get escargot.”

And frankly, Yum’s restaurants in China are snazzier, he argues.

“The U.S. is wealthier than China per capita, but the restaurants in China look dramatically better. I think the upside is very high indeed.”