KFC Will Now Deliver Fried Chicken to Your Home 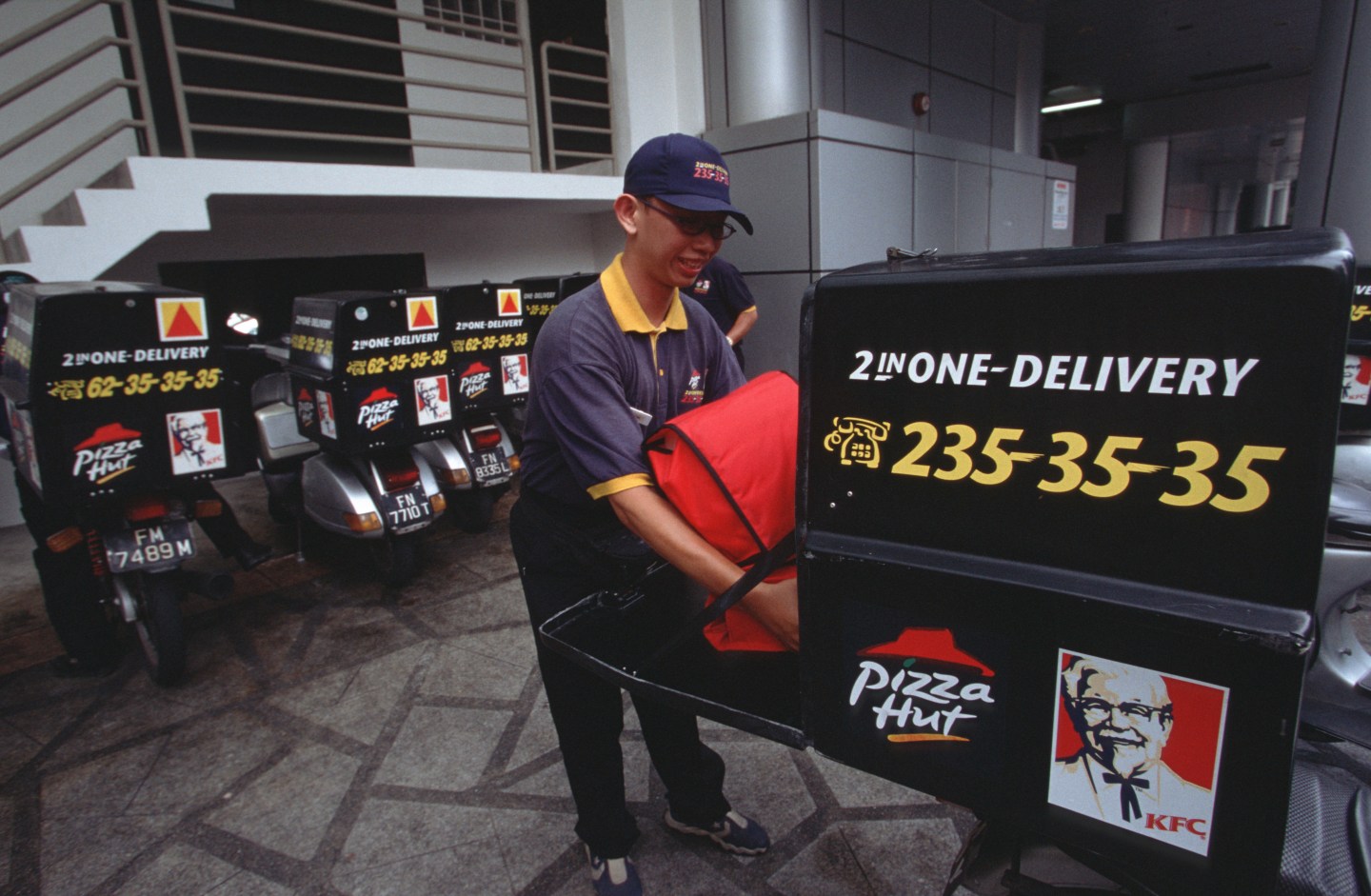 SINGAPORE - 2002/06/01: A motorcycle courier prepares to make a Pizza Hut delivery in Singapore. Globalised western food brands have grown increasingly popular across Asia - as people are attracted by the aura of their marketing, the convenience of such delivery techniques and the variety it brings to a diet otherwise dominated by a rice.. (Photo by Yvan Cohen/LightRocket via Getty Images)
Photograph by Yvan Cohen — LightRocket via Getty Images

For the first time, KFC will deliver a bucket of Colonel Sanders’ Original Recipe chicken to homes in the U.S.

Starting with customers in Los Angeles and San Francisco, the fried chicken chain will partner with DoorDash to make deliveries beginning Thursday. Those who have a fried chicken craving from their couch will need to use DoorDash’s app and website for orders, the delivery service said in a statement. KFC is hoping to launch the delivery service in Houston by the end of this year, according to the Associated Press.

The door-to-door service won’t come cheap, as there will be a delivery fee of between $4.99 and $6.99 tacked on to the food prices depending on a customer’s location, the AP reports. The prices of some items will also be higher than those in the restaurants.

KFC joins other peers in catering to the on-demand appetites of customers. In April, Chipotle announced it was setting up a partnership with Postmates to start delivering their menu of tacos and salads to 67 cities. In May, McDonald’s began testing a delivery service to selected areas in New York City. DoorDash has also been partnering with chains like Taco Bell and 7-11 to make home deliveries.

Yum Brands, the parent company of food brands like KFC, Taco Bell and Pizza Hut, have previously mooted the idea of a delivery service for KFC, since its buckets of chicken should be able to hold its temperature relatively well. KFC has the largest delivery business in China amongst its competitors, and is already delivering to other customers around the world.