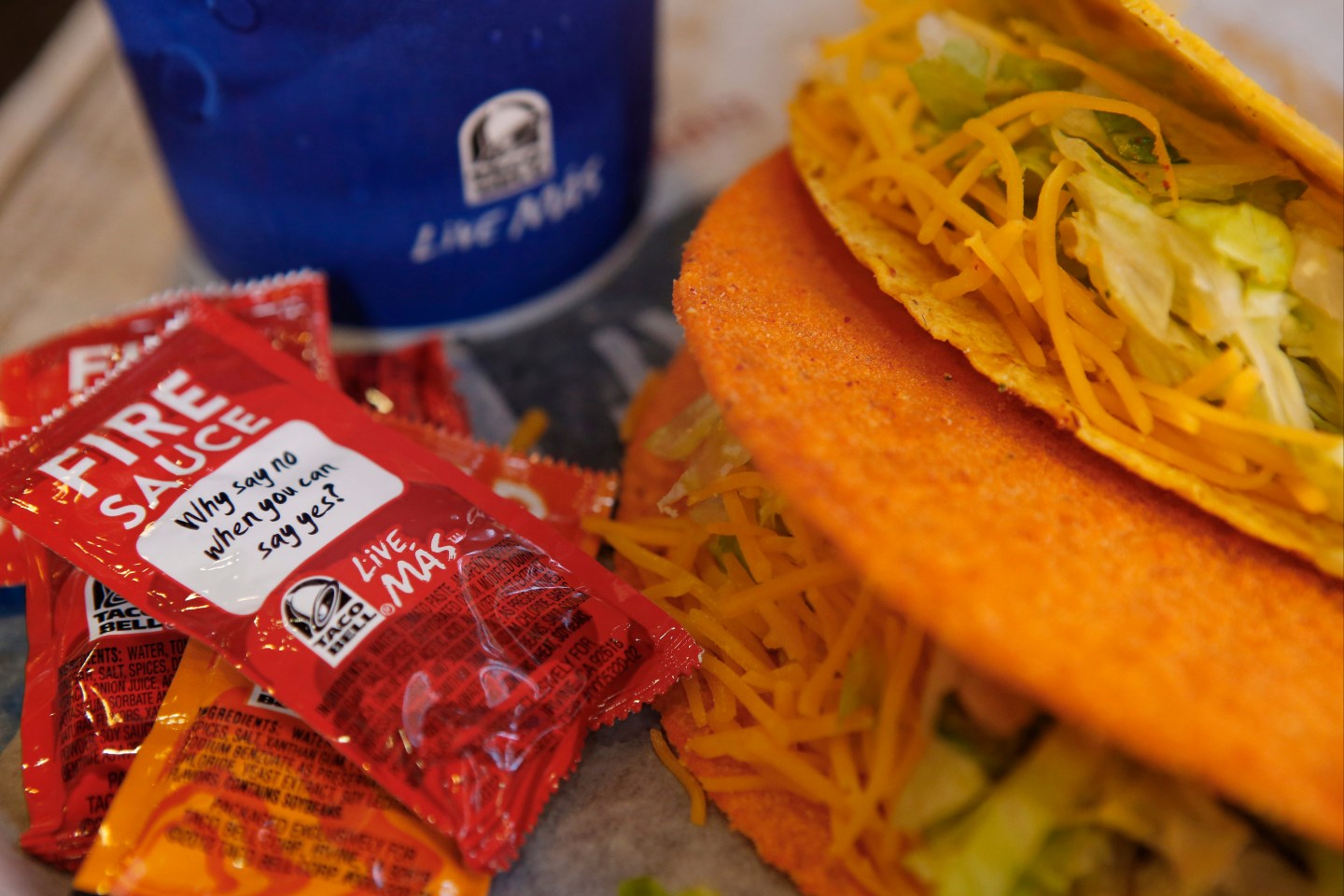 Yum Brands operates three fast-food restaurant giants: KFC, Taco Bell and Pizza Hut. Of those, only Pizza Hut has a well-established delivery business. Taco Bell and KFC could soon be next.

Yum (YUM) Chief Executive Greg Creed told analysts on Wednesday that there is potential for food delivery across all three of its chains, saying Taco Bell delivery in particular could be “a massive sales driver for the brand.”

“What we want to do is get into a test, probably a couple of stores near a couple of college campuses,” Creed said.

At-home delivery makes up a tiny sliver of the food-service industry’s sales. But the market is alluring, as more consumers, particularly Millennials, use their mobile devices to place orders. Rapid demand for restaurant orders, enabled by e-commerce sites such as Seamless, has driven interest by larger chains to tinker with ways to deliver easily to consumers’ homes.

But don’t expect Taco Bell to be delivered every day, all day. Yum says it wouldn’t deliver Taco Bell during lunch hours. It also seems more likely that deliveries would occur on weekend nights, rather than during the week. College customers want deliveries on Thursday, Friday and Saturday nights, according to Creed, so the company could see an incentive to meet that demand.

“I think KFC is set up with a menu offering that really sets us up to be a great delivery service,” said Creed.

Creed, who started as CEO of Yum at the beginning of the year, has been busy issuing a mix of savvy marketing-friendly proclamations to get his brands back on consumers’ radars. In just the past several days, Yum announced that KFC was bringing Colonel Sanders back in new commercials that first started airing this week. The company also announced new ingredients standards for Pizza Hut and Taco Bell.