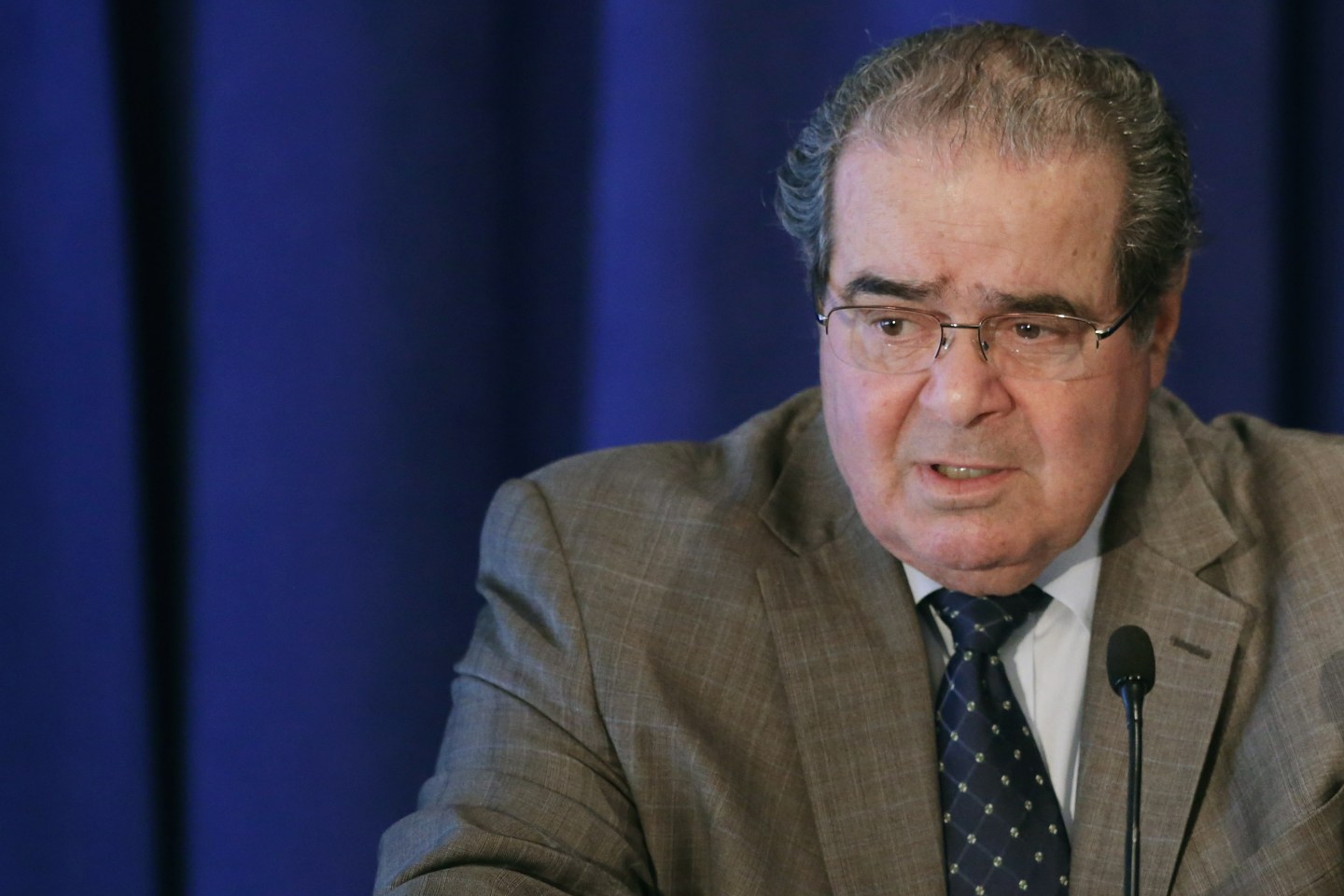 Affirmative action has long been the subject of heated debate. And when the Supreme Court heard the third case on the subject in 12 years on Wednesday, Justice Antonin Scalia, a conservative and longtime critic of the practice, fanned those flames.

During oral arguments of Fisher v. University of Texas at Austin—which reviews how the University of Texas at Austin selects its incoming class—Scalia said that some people would argue that affirmative action “does not benefit African-Americans” who don’t excel in universities where they are accepted because of such policies, and that those students would benefit from attending less rigorous schools. “Most of the black scientists in this country do not come from the most advanced schools,” Scalia argues, and they would be better off on a “slower track.”

“They’re being pushed into schools that are too advanced for them,” he said.

As he’s prone to do, Scalia used particularly provocative language to communicate a common argument. He was referring to the so-called “mismatch” theory, which has been around since the 1960s and suggests that affirmative action can actually work against the students it’s supposed to benefit. Because the practice may place such students in colleges where their skills fall below the median level of ability, they end up struggling academically, which ultimately harms them in the long-term.

Whether that theory is accurate is another matter of debate.

A working paper by Duke University economists published by the National Bureau of Economic Research in November 2012 found that California’s ban of affirmative action in 1996 led to improved “fit” between minority students and colleges in the state’s public college system, which resulted in improved graduation rates.

Meanwhile, a 2009 book by William Bowen, Michael McPherson, and Matthew Chingos found that students are most likely to graduate by attending the most selective school that would admit them. That finding was consistent without regard to students’ pre-college preparation, race, or socioeconomic status.

Underlying Scalia’s comments and the research related to the mismatch theory is the following question: what provides the most opportunity—scraping by at an elite school or excelling at a second-tier institution?

Again, that’s a question that isn’t easy to answer. You can find research and commentary that vehemently argues for the former and the latter.

The most powerful case may be made just by looking at the bench where Scalia made his controversial remarks on Wednesday. Just two of the nine justices are minorities and all nine attended either Harvard or Yale.