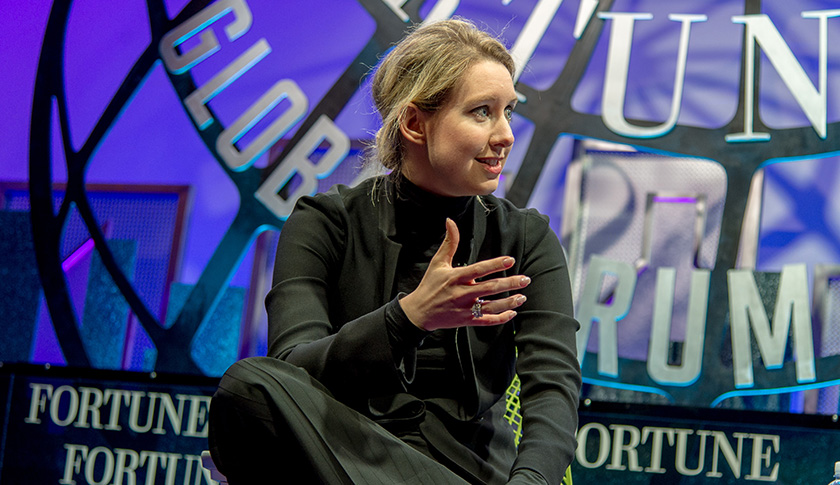 Theranos founder Elizabeth Holmes is finally addressing one of the controversial questions that arose in the wake of reports slamming her company’s blood-testing technology: Is the media coverage of Holmes sexist?

Speaking to Bloomberg Businessweek for a story that went online Thursday, Holmes said:

“Until what happened in the last four weeks, I didn’t understand what it means to be a woman in this space,” she says, shaking her head. “Every article starting with, ‘A young woman.’ Right? Someone came up to me the other day, and they were like, ‘I have never read an article about Mark Zuckerberg that starts with ‘A young man.’ ”

While Holmes doesn’t go so far as to label it sexism, her message is clear: The story would have played out differently if she were a man.

For months, there’s been speculation about whether Holmes’ gender played a role in the deluge of skeptical stories that followed the Wall Street Journal‘s original Theranos exposé. Publications including Elle and Bustle ran pieces that accused the media of using sexist and condescending language in stories about Holmes and the controversy. Fortune also jumped into the fray, as I argued that tough media scrutiny is actually a sign that we’re treating Holmes like any other founder.

Holmes also alludes to the effect that her age and gender — she was famously 19 when she started Theranos–may have had on investors and media earlier in her career:

“I wanted the focus to be on my work,” she says slowly and deliberately. “I don’t want to go into a meeting and have people looking at what I’m wearing. I want them listening to what I’m saying. And I want them to be looking at what we do.” She pauses, then adds, “Because when you walk into the room and you’re a 19-year-old girl, people interact with you in a certain way.”

Prior to the Journal article, Holmes was something of a media darling, appearing on the covers of several national magazines (including Fortune). Given the paucity of young, female tech founders, there’s no doubt that her status as woman played some role in that coverage.

This isn’t the first time Holmes has spoken out on issues related to women in technology. In a Glamour interview, she credited her parents for encouraging her to play with Legos as well a Barbies, and earlier this year spoke to Fortune about her #IronSisters campaign, which she said she created to encourage women to help one another.