With Trump on Top, GOP Leaders Mull a Floor Fight at the Convention 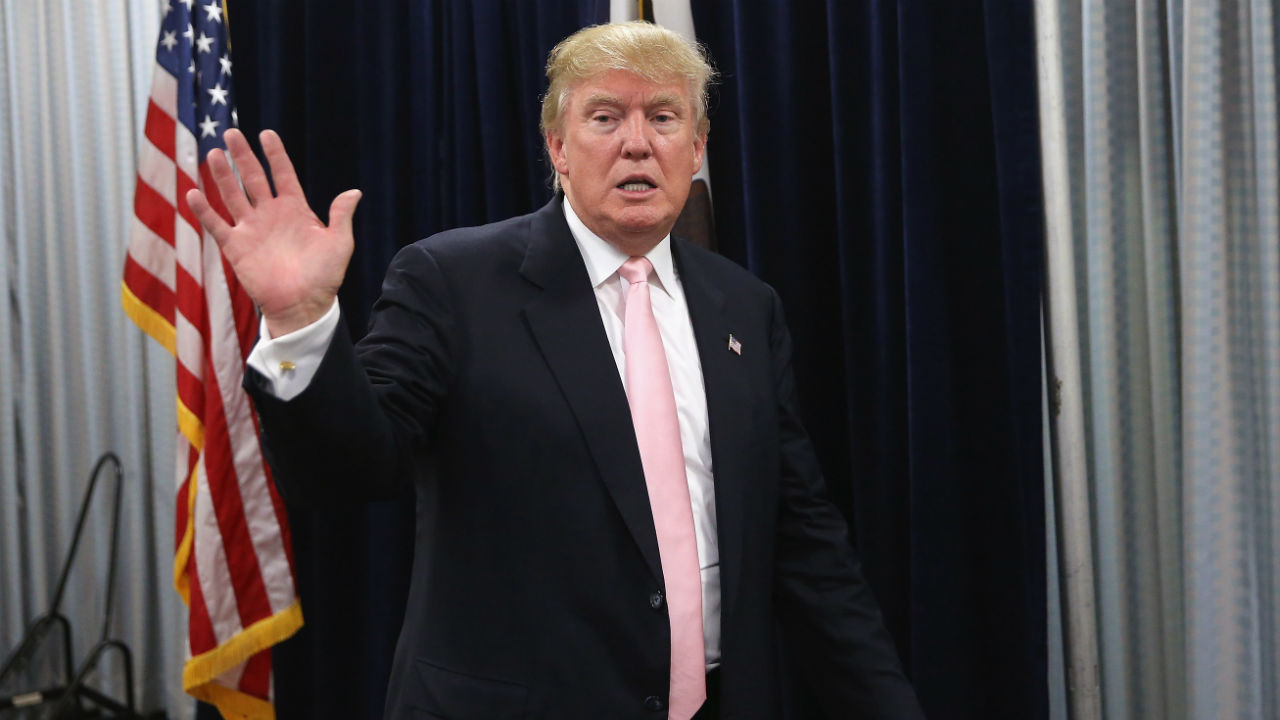 The Washington Post is reporting that top Republican leaders met privately in Washington this week to discuss how to handle a contested convention. Donald Trump’s surprising staying power atop the polls as the first primary events draw nearer has made the possibility — once considered somewhere between remote and nonexistent — now conceivable enough to merit the worry of GOP brass.

The scenario, in short, sees Trump maintaining sufficient hold on his loyalists to pile up a significant number of delegates heading into the party’s July convention in Cleveland. Then, arcana like the rules governing how a candidate’s name gets placed into nomination at the event would suddenly become relevant again for the first time since 1976, when an insurgent Ronald Reagan almost snatched the nod from Gerald Ford.

Back in August, we considered how the early primaries could unfold in such a way to stretch the contest all the way to the convention. Trump’s lead hasn’t much budged since, and the math is the same:

The first four contests, in Iowa, New Hampshire, South Carolina, and Nevada — all in February — together will award only 133 delegates, out of a total 2,470 up for grabs over the length of the race. Over the first two weeks of March, however, survivors will have to dash through 25 more events awarding a combined 1,052 delegates. The size of the media markets in play in this period (including Atlanta, Boston, Dallas, Houston, Minneapolis, and Seattle) would seem to favor the best-funded contenders. But while each of those contests has its own rules for distributing its spoils, they have this in common: Delegates will be awarded, in some fashion, proportionally. In other words, the top vote-getter in any given state or territory won’t come away with all of its delegates. Assuming four — or five or six or more — candidates can remain standing through this phase, they could well slice up the winnings sufficiently to deny an otherwise-favored frontrunner a clear path to a delegate majority. And that could supply those candidates’ respective billionaire backers all the evidence they need to continue cutting checks into the summer.

Earlier today, we considered what it would take for Trump to launch an independent bid. That would represent the ultimate nightmare scenario for Republican leaders, who know it would all but guarantee a split conservative vote that delivers the White House back to Democrats. But a floor fight in Cleveland would run a close second.