Volvo’s Apple CarPlay Interface May Be a Game-Changer 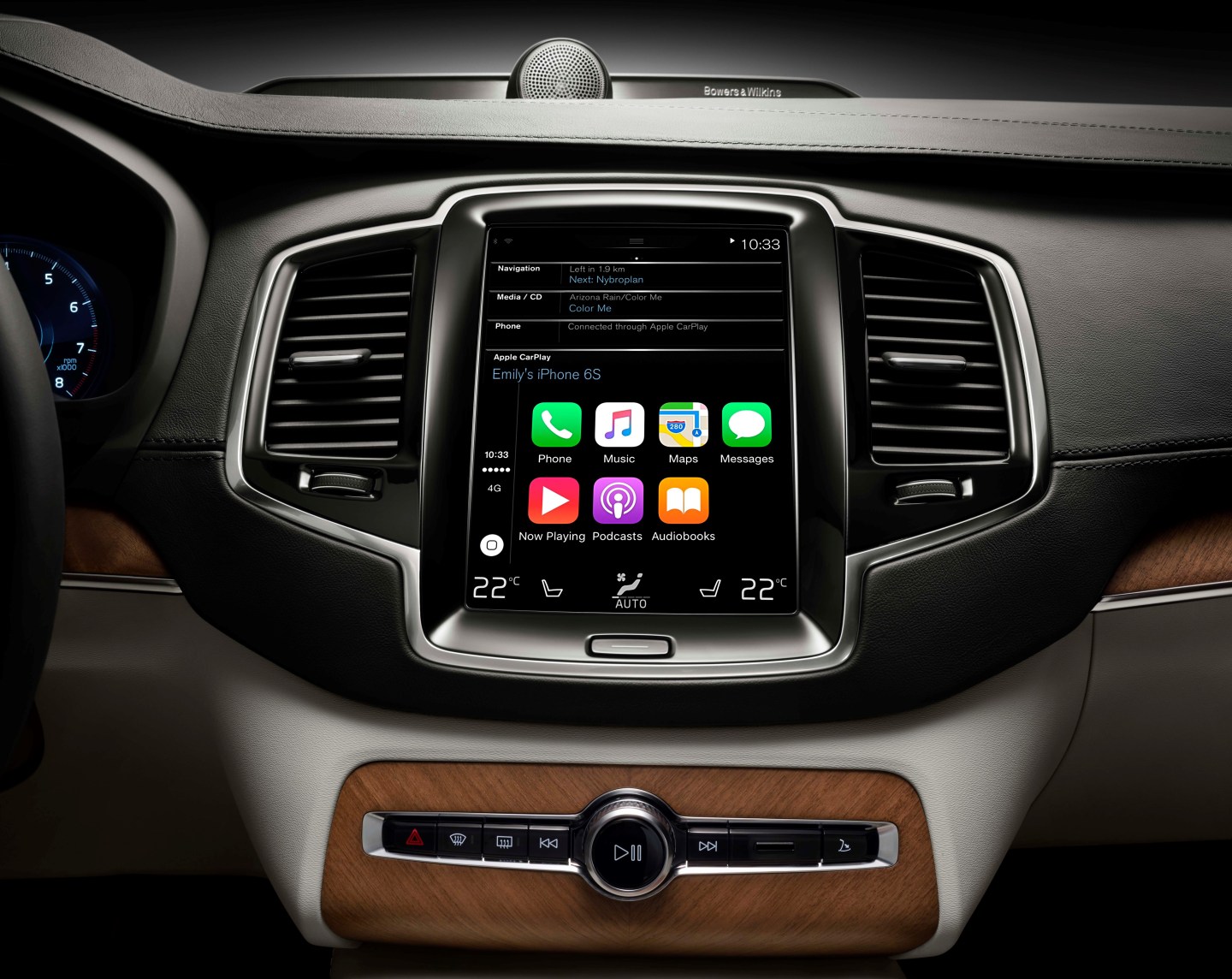 Nearly two years after announcing a partnership with Apple, Volvo has revealed that CarPlay—the iOS-based connected car software—is now available in its cars. The iPhone-linked interface is launching in the U.S. with the 2016 Volvo XC90 crossover.

For Volvo, the wait was a worthwhile one. In March 2014, Volvo became one of the first automakers to announce plans to integrate the Apple (AAPL) automobile interface into future models. But since that announcement, the company has also been developing its new in-vehicle Sensus Connect platform with touchscreen—as well as working on how to best integrate CarPlay with it.

Unlike Apple’s other announced automaker partnerships, Carplay won’t take over the entire touchscreen display in the XC90. And this may be a good thing for drivers because it means they won’t have to switch from CarPlay back into Sensus Connect to perform functions like adjusting the temperature on the air conditioning.

Instead, Volvo’s new Sensus Connect platform works on a four-tile system. Each tile on the touchscreen handles a different operation: in-car navigation, the phone, media, and if the user wants it, CarPlay. Touching the tile expands the operation, but without it taking over the whole screen.

Also noteworthy is the fact that CarPlay won’t pop up on the interface unless the user launches the mobile app. And the user can always uninstall the app on their phone altogether. Giving Volvo owners the ability to delete Carplay (or never have it installed) is an out-of-character move for Apple, which usually has stringent requirements of its partners. If CarPlay isn’t installed, third-party apps can also take up that fourth tile spot.

Volvo’s Sensus Connect platform is part of a $11 billion 5-year investment into the company aimed at revamping its entire lineup by 2019. The system debuts on the XC90, and will become standard in all new Volvo cars by the end of 2018. The next vehicle on Volvo’s makeover list, the S90 sedan, will make its worldwide debut at the North American International Auto Show in Detroit next month.

As a perk for early adopters, Volvo XC90 owners who took delivery of their vehicle before November 25 can schedule an appointment with their local dealer and receive a free software update, Volvo announced Tuesday. But owners who received their vehicle after that date will have to pay $300 for Apple’s software. Available third-party, Sensus Connect applications such as Pandora, Yelp, Find Parking, updated navigation maps, and traffic information will also be provided in a free update for all XC90 customers, the company says.

Though Volvo was one of the first automakers to announce CarPlay integration, the automaker also joined rival Google’s (GOOG) Open Automotive Alliance just a few months later. A coalition formed with Audi, GM, Honda, Hyundai and Nvidia, the Alliance is aimed at bringing the Android platform to the car. Volvo plans to add Android Auto software into future cars, but no date has been set, Jim Nichols, technology and product communications manager at Volvo, told Fortune.

Both CarPlay and Android Auto have many of the same functions, such as allowing drivers to integrate their smartphone with a vehicle’s dashboard. And once users plug their Android or Apple smartphone into the car’s USB port, the device’s maps and navigation, music and selected apps are integrated on the vehicle’s screen. Applications in both platforms can be controlled by voice, touchscreen, and steering wheel controls. Android Auto and CarPlay have partnered with many of the same automakers, including Audi, BMW, Ford (F), GM (GM), and Kia.

For more on connected cars, watch this Fortune video: