Another Huge Security Hole Has Been Discovered on Lenovo Computers 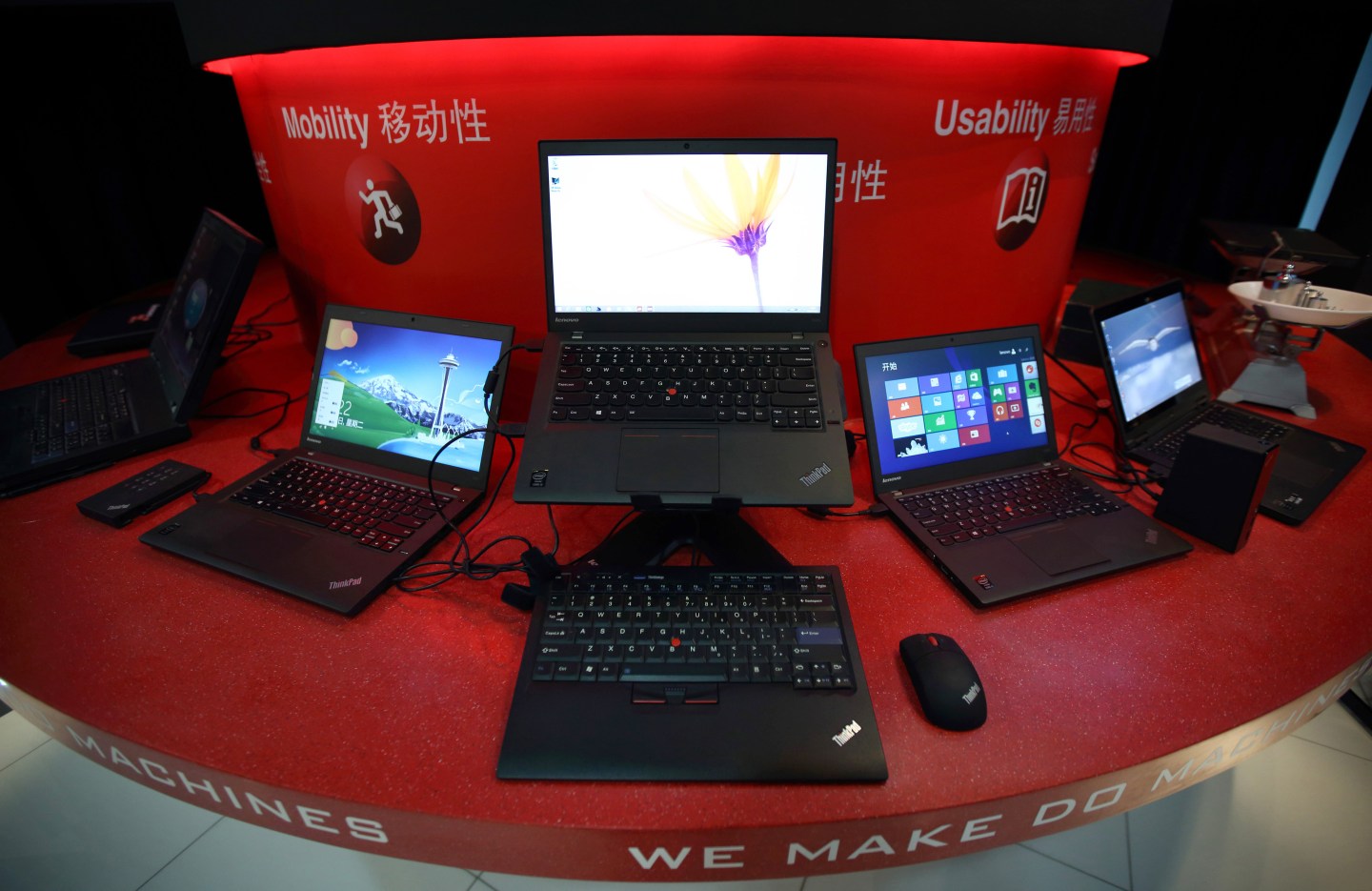 Lenovo laptop computers sit on display at the company's headquarters in Beijing, China, on Tuesday, Nov. 11, 2014.
Photograph by Tomohiro Ohsumi—Bloomberg via Getty Images

Certain Lenovo computers can be hijacked by malicious websites because of security flaws in software that comes preinstalled from the factory. The world’s biggest PC maker issued a workaround for the problem Tuesday.

According to the warning, Lenovo’s software contains three vulnerabilities that hackers could exploit to run their own code on an affected Lenovo computer.

The company has responded by instructing its users to uninstall Lenovo Solution Center, which comes on many Lenovo laptops and desktops. The software provides a dashboard for users to monitor system health and, ironically, security, but the program has been called bloatware, a term that describes unnecessary software that computer makers preinstall on your system.

This is the third time this year that Lenovo (LNVGY) has landed in hot water because of security risks stemming from its preinstalled software. In February, researchers discovered a preloaded piece of software called Superfish that essentially allowed hackers to read encrypted web-browsing data, even online passwords. When Superfish worked correctly, it injected ads on websites like Google. “We messed up badly,” Lenovo CTO Peter Hortensius admitted earlier this year.

In August, Lenovo computers were discovered automatically downloading a piece of software called Lenovo Service Engine, which would reinstall itself even if the computer was wiped and Windows was reinstalled.

Lenovo posted its first quarterly loss in six years in November. The company said PC sales declined 17% year over year during the third quarter, but it’s hard to tell how much of that is due to its recent security fiascos as the entire PC industry is currently contracting.

Lenovo’s not the only PC maker guilty of making its systems’ security weaker by preinstalling bloatware. The researcher who discovered the Lenovo Solution Center issue also pointed to two “lower-impact” flaws in support tools that come preinstalled on Toshiba and Dell computers. If security is your top priority, it’s wise to uninstall any software you don’t use, or purchase one of Microsoft’s Signature PCs, which come free of preinstalled manufacturer software.