This Entrepreneur Thinks You Should Drop out of College 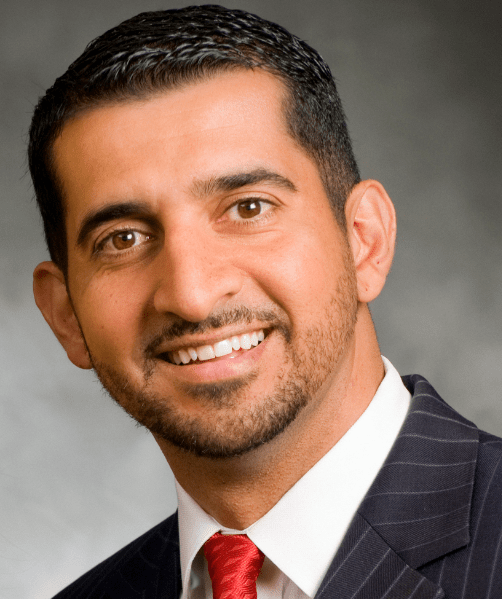 The Entrepreneur Insider network is an online community where the most thoughtful and influential people in America’s startup scene contribute answers to timely questions about entrepreneurship and careers. Today’s answer to the question “What can every aspiring entrepreneur do before college graduation to be more successful?” is written by Patrick Bet-David, founder of PHP Agency.

Before you graduate college, drop out. Unless you are studying to become a lawyer, an engineer, a doctor, or any other career that actually requires a specific degree to practice, there is, in my opinion, no need for a college degree.

Prior to my enrollment in college, I had led a pretty interesting life. My family had fled a war-torn Iran, which meant we would live in a refugee camp in Germany for two years. My first job was picking up empty beer bottles on the streets, and a man paid me 10 pennies per bottle. I brought him 2,500 bottles and he gave me 250 marks, enough to by the Super Nintendo I’d been wanting (I was the only kid in the refugee camp with a Super Nintendo). With my shiny new game system in tow, I was able to distract the brother of the girl I’d been eyeing and spend some quality time with her. (Yes, I will forever be indebted to the Super Mario Brothers.)

Later, my family came to America, where I soon joined the military. There, I learned quickly (and painfully) there would always be someone tougher and better than me. To succeed, I had to learn the art of war because capitalism favors those who have a clear strategy—“winging it” is not an option. I traveled to many different countries and met people from a myriad of cultures. And it wasn’t until after all of that that I went to college—because, isn’t that what you are supposed to do? Well, I can safely say that during that brief stint at university, the only true experience I acquired was found outside of the classroom.

I was majoring in nutrition because I was interested in bodybuilding at the time. On the side, I worked at Bally Total Fitness selling memberships. One day, my friend came in and was raving about how he’d just graduated college and how, with his fancy new degree in hand, he’d landed this awesome job—for $30,000 a year. My life as a college graduate with a degree in nutrition suddenly flashed before my eyes: I wasn’t going to become the Middle Eastern Arnold Schwarzenegger. Instead, I was going to become a personal trainer and join my friend in a $30,000 annual salary. I was already making $40,000 in my sales position. Needless to say, I dropped out the next day.

Instead of focusing on knowledge in the traditional sense, I focused on experience, which I knew would lead to something far more profound: wisdom. Additionally, I became a major advocate for self-education, reading thousands of texts on business, philosophy, and economics. I kept my job in sales and channeled my early life experiences. See, most people think that to be a successful entrepreneur, you must have a certain personality type, but that isn’t the case. It’s about choices, about seizing opportunity, and about perseverance. I was a very shy child, but soon enough, I had no choice but to come out of my shell. I needed to become more like my father, and I needed to protect my sister and mother. I started interviewing the people who were buying memberships from me at Bally’s. I noticed that the majority of people who were making six figures did not have college degrees either. What mattered most was clarity, forming relationships, and experience.

I made everyone I met a mentor, from my military drill sergeants to successful CEOs. I made the choice to hustle and work hard (and sometimes for free) in order to gain the experience and relationships I needed to get where I wanted to be. By the time I was 30, I had founded and was running one of the country’s fastest–growing financial services marketing organizations. And I did it all without a college degree.

Now, I’m not saying this path is for everyone. However, I do firmly believe the value of experience—of wisdom—will almost always outweigh a college degree. And so, from one entrepreneur to another, I say drop out—at least for a few years. College will always be there. Let it be your backup plan, rather than your main focus. If your experience is anything like mine, you will be in a position to hire your friends for an entry-level position by the time they graduate college and (finally) enter the workforce.

Patrick Bet-David is an American entrepreneur, author and CEO. He founded PHP Agency, Inc., a financial services marketing organization and one of the fastest-growing companies in the nation.

Read all responses to the Entrepreneur Insider question: What can every aspiring entrepreneur do before college graduation to be more successful?

College students, here’s what you need to do before launching a startup by Aaron Price, founder of the NJ Tech Meetup and rocketfuel.cc.