Why Boys Can Play With Barbie Dolls, Too 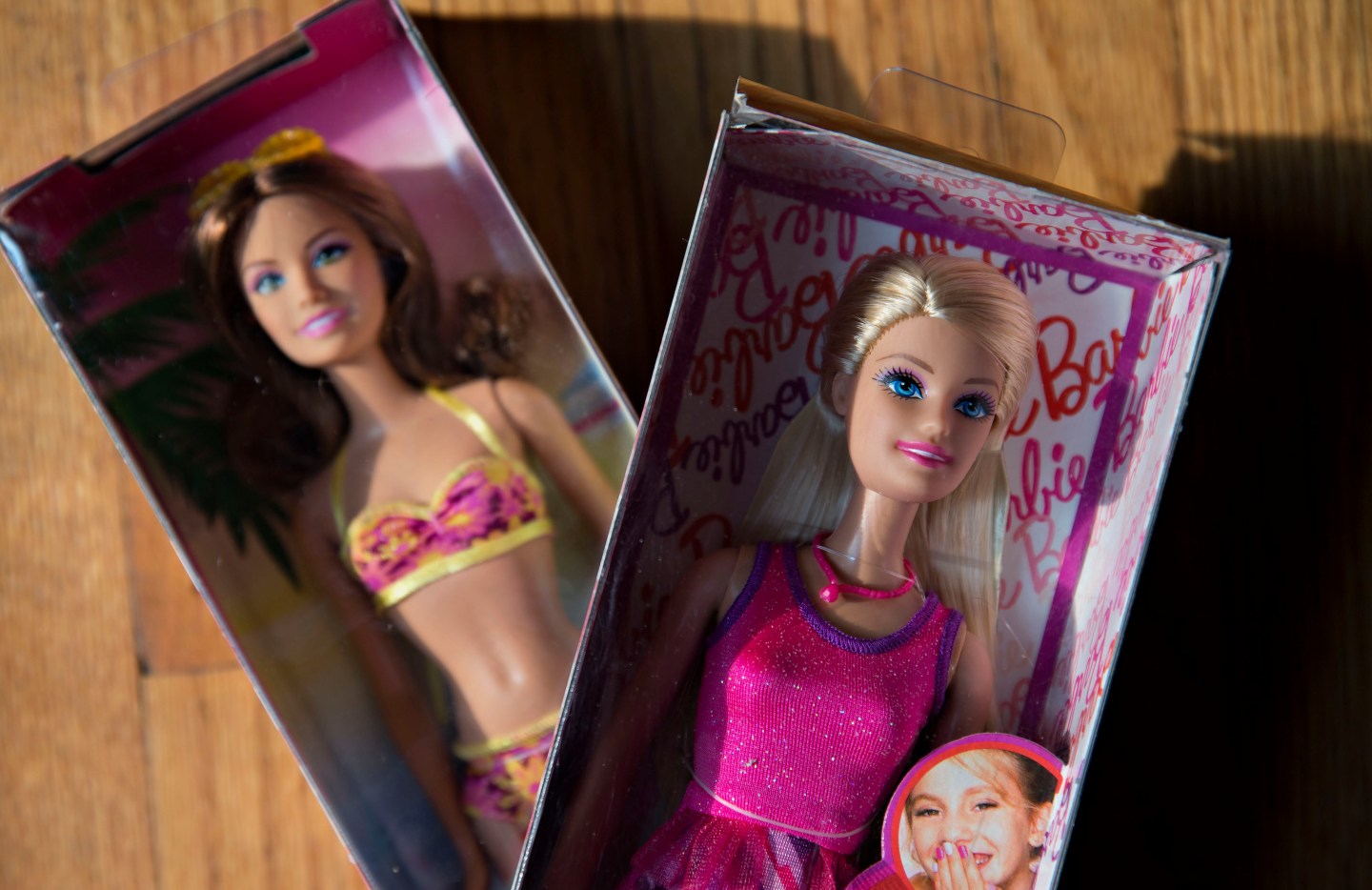 MillerCoors and ABInBev recently announced that they were no longer focusing on solely marketing to men; they will now attempt to reach women in their campaigns. Jorn Socquet, AB InBev’s vice president of marketing for the U.S., explained the move, noting in a Bloomberg BusinessWeek article, “Objectification of women is going away.” Traditionally feminine brands have also showed signs of changing course; a recent Mattel advertisement for Barbie features a boy.

The moves from Mattel (MAT), MillerCoors, and ABInBev (BUD) are likely a reflection and response to changing attitudes about gender in the United States. Caitlyn Jenner has challenged people to think differently about what it means to be a man or a woman. Other examples abound: at Cornell University, they are considering how to think about gender-specific restrooms and locker rooms; in California, girls are now hoping to join the Boy Scouts.

All of these incidents lead to an interesting question: could this be the beginning of the end for gender-specific brands?

Gender has long been a core part of brand building. Great brands stand for something; they have a specific meaning and a unique selling proposition. Behind this is an understanding of a target market. A strong brand rarely appeals to everyone; in fact, even strong brands like Apple (AAPL) have their detractors. At least historically, a simple and efficient means to segment a group of people was by gender. Axe is a male brand, for example, and Secret is a more feminine brand.

And yet a gender-neutral approach appears to be increasingly worth consideration by marketers for several reasons. One is the issue of efficiency: why eliminate 50% of the population in your marketing efforts? For example, a Super Bowl spot will garner exposure to more than a 100 million people, fairly evenly split between men and women.

But perhaps, the larger issue is that a gender-specific message can make a brand seem out–of–touch and stogy. At least two important points bear mentioning, however, for brands that desire to move away from gender-based marketing. First, brands still need a target. Trying to reach everyone is rarely going to be successful. Gender has been historically convenient because of different actual or perceived psychographics. If a brand wants to move beyond gender, a different insight about the consumer is required. It could be attitude, location, or needs. Lululemon, for example, reaches a particular group of people with its marketing efforts focused on yoga, spirit, and lifestyle. This group is heavily female, but not entirely, and Lululemon is aggressively trying to build its business with men.

Second, for brands that wish to bridge both genders in their marketing efforts, they must be aware of the strategic and creative taxes they will face. For brands, the strategic tax is that they must find a common consumer insight and message that appeals to both genders. This can be done, as Old Spice did with its “Smell Like a Man, Man” campaign; both genders saw appeal in this proposition. For creative partners, such as agencies, a creative tax exists: the execution has to pique and retain the attention of both genders. This introduces more challenges than focusing on a narrower segment. Put simply, as marketing efforts seek to attend to both genders efforts to find common ground come at a price that must be considered.

Moving away from gender-focused brand positioning requires a transition. Shifting too abruptly can create confusion and damage a brand. Barbie’s approach of featuring a boy in a commercial is an interesting first step; it is a strategic shift but the positioning of the brand remains unchanged; it is a brand that sparks play and imagination. However, Bud Light’s change is more dramatic. Its new ad might open up opportunities for the brand, but it could also create problems as people wonder what the brand now stands for, as it moves away from its focus on young men, humor and parties. Each of these ads represent initial moves in a long-term strategy that will have to be carefully monitored and adjusted accordingly.

Brands have to evolve to remain relevant and contemporary. Changing attitudes around gender means brands may need to reconsider using gender as a primary targeting tool. The need for a target, message, and breakthrough creative isn’t changing; marketers have to work harder to define a compelling target group and find motivating insights that cut across gender.

Tim Calkins is a clinical professor of marketing and Derek D. Rucker is a professor of entrepreneurial studies at Kellogg School of Management at Northwestern University.