This City is Giving Jobs to Homeless People 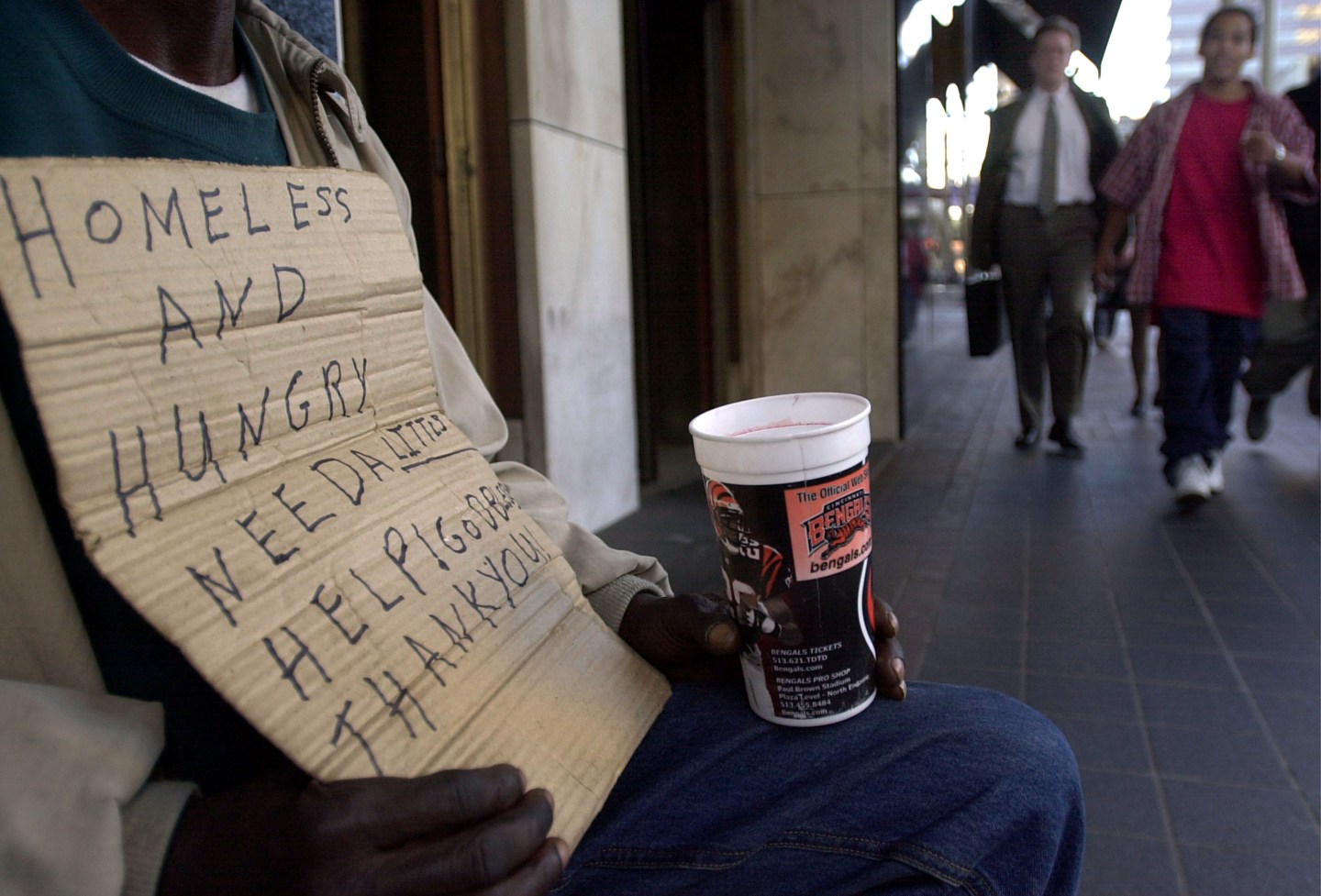 398225 03: A panhandler begs for money December 5, 2001 in downtown Cincinnati. The city of Cincinnati is trying to come up with ways to combat the problem of panhandling which they say is keeping people from coming downtown to do their Christmas shopping. (Photo by Mike Simons/Getty Images)
Photograph by Mike Simons—Getty Images

A new initiative in Albuquerque, New Mexico, is reimagining the way a city can help its homeless population by giving up to ten panhandlers each day a job.

The program, which began in September, recruits the homeless through a roving van and brings those interested to a blighted part of the city for a day of clean-up work. Workers get $9 per hour, and a free lunch, according to The New York Times. It’s part of a larger program in Albuquerque that aims to fight a growing homelessness epidemic with compassion rather than iron-fisted bans on panhandling.

Albuquerque has also invested in signs on street corners that tell panhandlers how to seek help and encourage drivers to donate to local services rather than to individuals, according to Governing.

“If we can get your confidence up a little, get a few dollars in your pocket, get you stabilized to the point where you want to reach out for services, whether the mental health services or substance abuse services — that’s the upward spiral that I’m looking for,” Mayor Richard J. Berry, who has made homelessness one of his key issues, told the Times.

Albuquerque’s new approach to homelessness comes in the wake of the 2014 death of James Boyd, a schizophrenic homeless man who was shot by police. Boyd’s family, which received a $5 million settlement from the city, has donated part of the funds to homelessness outreach programs, according to the Times.