Airbus is Beating Boeing in This Key Area 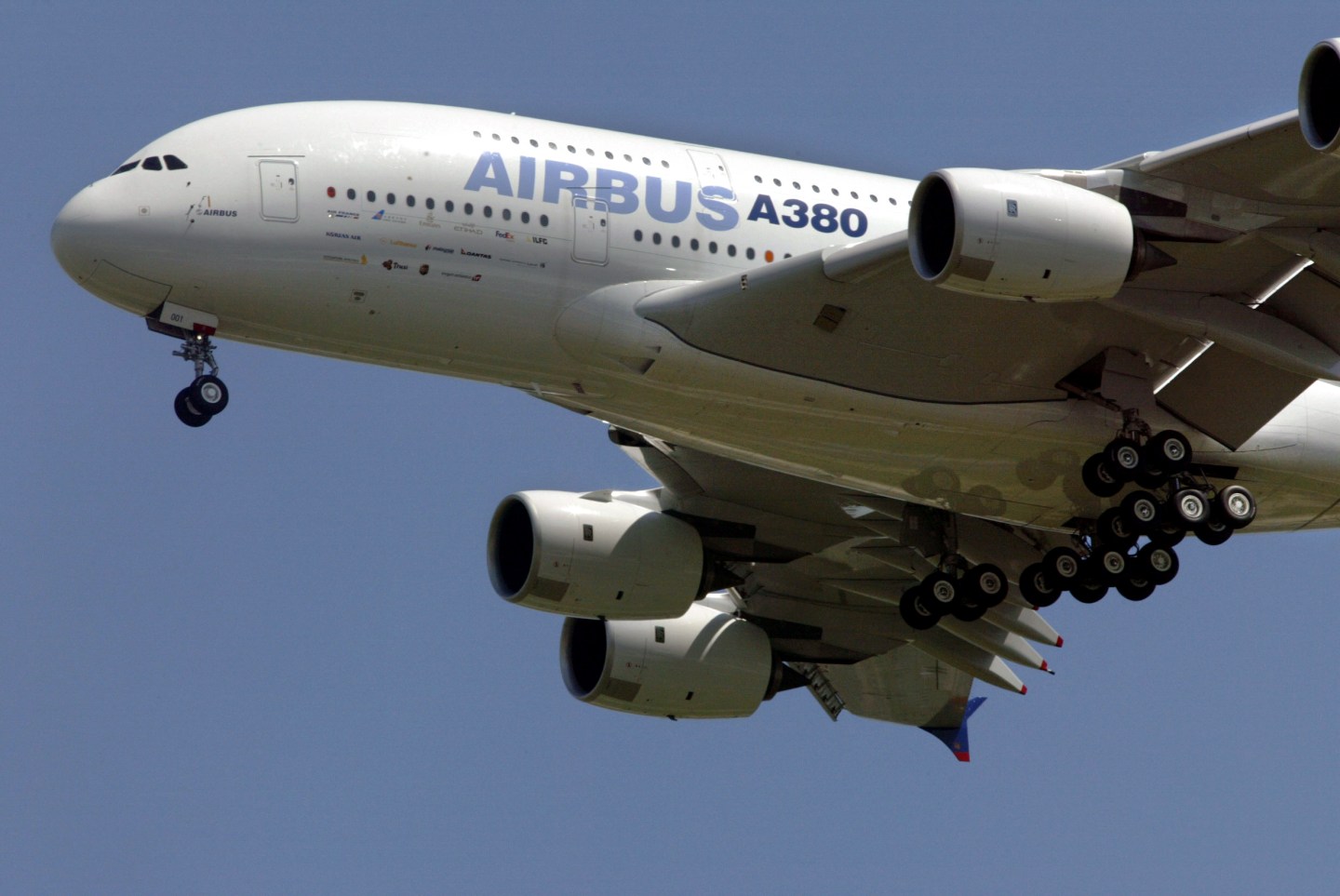 The giant double-decker Airbus A380, the world's largest commercial airliner, is about to land, 27 April 2005 on the tarmac of Toulouse-Blagnac's airport. In a momentous gamble for Airbus Industries, the European aircraft maker that has punched its way to the top of the civil aircraft industry, the new plane challenges the Boeing 747's long dominance of the jumbo jet market. AFP PHOTO GEORGES GOBET (Photo credit should read GEORGES GOBET/AFP/Getty Images)
Photograph by Georges Gobet — AFP/Getty Images

Airbus has sold more than 1,000 aircraft in the first 11 months of this year, making the European aerospace giant more or less a lock to win its annual order competition with rival Boeing (“BA”). But with deliveries lagging, Airbus will almost certainly fail to meet its production targets for 2015, letting Boeing hold onto the “world’s largest plane maker” crown.

In terms of aircraft orders, Airbus outsold Boeing 1,007 to 568, excluding cancellations. Boeing, meanwhile, out-delivered Airbus by a wide margin, with 709 aircraft delivered over the same period. Airbus handed over the keys to just 556 aircraft in the first 11 months of the year, leaving it 74 aircraft short of its 2015 production target.

Given that Airbus is averaging 50 aircraft per month in 2015, it would have to lift production rates by roughly 50% to hit its end-of year target. Meanwhile Boeing is on target to produce the 750 to 755 aircraft it set out deliver this year, though it has some work to do if the company is going to fulfill its goal of selling as many aircraft as it produces in 2015.

“Boeing’s actually a little bit ahead,” he says. “The idea of looking at any one year—it’s fun for bragging rights but otherwise it’s completely meaningless when you’ve got an industry with 12,000 jets on backlog. What you’ve got is a situation where Airbus is a little ahead in number of tails, but Boeing is slightly ahead in value. Airbus has a better position in the narrow-body market, Boeing is ahead in wide-body, and together it works out to be about 50-50.”

Airbus has enjoyed strong sales over the last several years, particularly for the latest iteration of its popular A320 narrow-body jet–the A320neo–which will begin commercial operation next month. But the company has had trouble keeping pace on the production side. Deliveries of its wide-body A350 lag 2015 projections, with just 11 of the jets delivered so far in 2015 (four short of the company’s target). Airbus plans to deliver 30 A350s in 2016 even as Airbus CEO Fabrice Brégier has acknowledged that suppliers are already having trouble coping with Airbus’s increased rate of production on the A350 line.

That could spell trouble for the company going into 2016, though there’s plenty of good news for Airbus in the latest batch of industry numbers. Airbus’s strong position relative to Boeing in the narrow-body jetliner market persists. As Boeing hosted media at its Everett, Wash., manufacturing facility on Monday and Tuesday for a public unveiling of its new 737MAX narrow-body airliner, numbers released by Airbus showed that it has grabbed 60% of the market for fuel-efficient, smaller-body jets.

That market segment that continues to boom thanks to demand for short-haul air travel routes in Asia and elsewhere. And with Boeing’s 737MAX slated to enter service no sooner than 2017, Airbus has time to press its advantage. Boeing has sold just 292 jets in the 737MAX family thus far this year, compared with 781 in the same period last year. Airbus logged 825 orders for the A320neo, up from 782 the year before. All said, Airbus has 4,443 A320neos, while Boeing has just shy of 3,000 737MAX jets on order.

Whether or not Airbus can retain that market advantage will depend on several factors, not least each company’s ability to execute its aggressive manufacturing programs. Both Airbus and Boeing are pushing manufacturing rates skyward as orders continue to swell. But from an investor standpoint, Aboulafia says, the factors that could have the biggest impact on the industry are completely out of their CEOs’ hands: fuel prices and interest rates.

If oil prices remain low and the cost of borrowing inches upward, the industry could quickly find itself in trouble, he says. When fuel is costly and cash is cheap, it makes a lot of sense for airlines to look at replacing older, less efficient airplanes with newer, more efficient models. But if the environment changes, airlines may be less likely to buy new planes.

“We’ve been living in this incredibly perfect environment for seven or eight years now where cash is almost free and there’s every reason in the world to replace your older aircraft,” Aboulafia says. “One of those is changing and the other one could well change.”

For more about Airbus, watch this Fortune video.