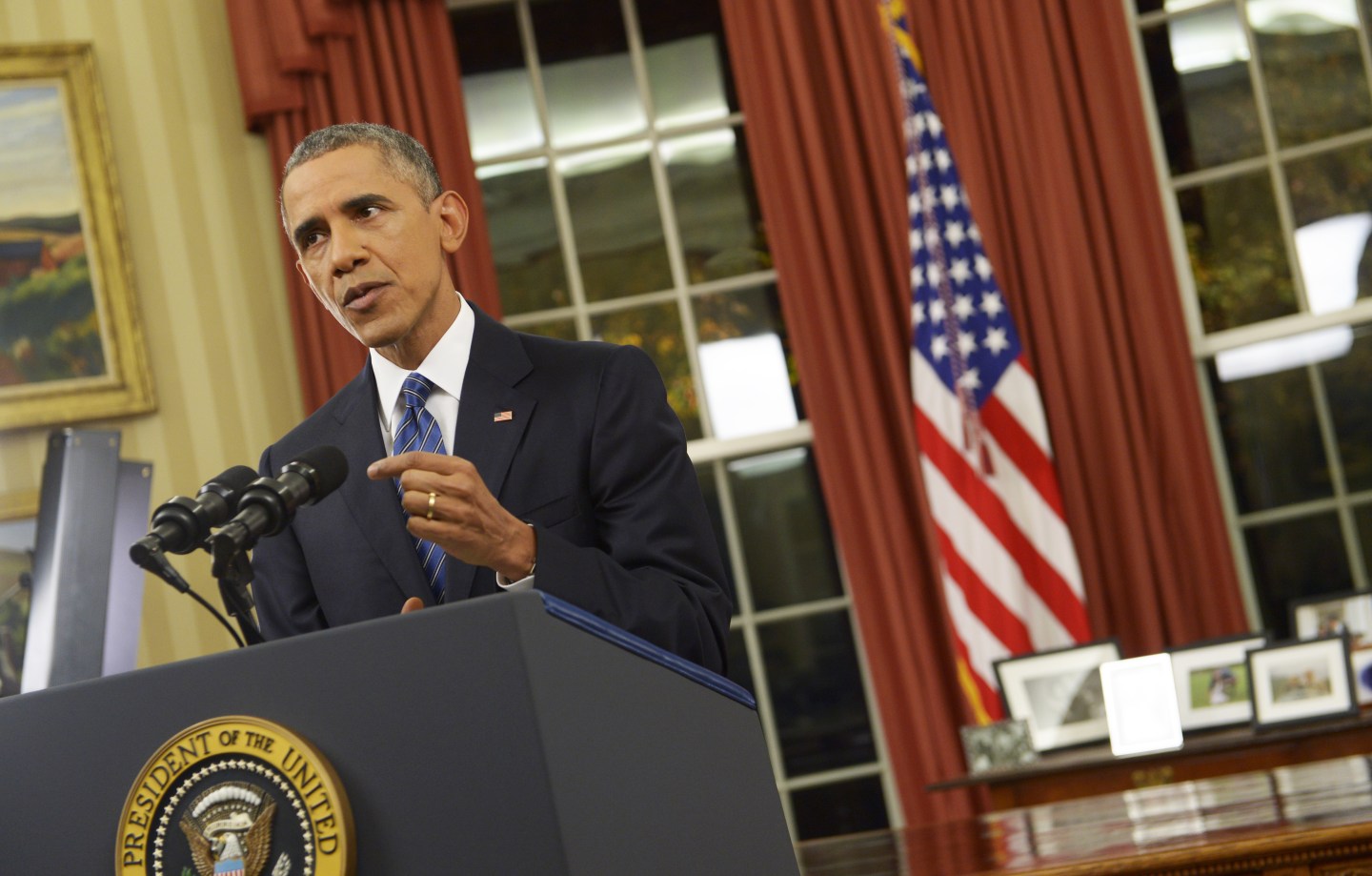 On Sunday, President Obama spoke about gun violence and terrorism from the Oval Office. It was the third time he had used the space to address the nation during his presidency. He specifically referred to last week’s shooting attack in San Bernardino, Calif. and what the U.S. was doing to combat the Islamic State and other extremists around the world, notably calling on Muslims to “confront, without excuse” militants within their community.

President Obama also discussed gun control. Though he offered little in the way of specific policy prescriptions, the president did highlight something he has mentioned before: the access to guns given to people on the U.S. No Fly list.

Now, here at home, we have to work together to address the challenge. There are several steps that Congress should take right away.

To begin with, Congress should act to make sure no one on a no-fly list is able to buy a gun. What could possibly be the argument for allowing a terrorist suspect to buy a semiautomatic weapon? This is a matter of national security.

As with nearly all comments on the gun control debate, this opened the flood gates for vehement infused opinion from all sides. The response was noteworthy because Obama took it on the chin from both the left and the right.

From the perspective of the political right—particularly from conservatives who have received backing from the National Rifle Association and other pro-gun lobbying groups—almost any policy that prevents people from buying guns constitutes a violation of a person’s Second Amendment rights.

The left, meanwhile, took issue with the president’s mention of the No Fly list at all. The tool was in use before the 9/11 terrorist attacks but was expanded greatly after the tragedy. For years, progressives have challenged the legal validity of the No Fly list. The American Civil Liberties Union in particular has pushed against the list, saying it takes away civil liberties without due process.

After Obama’s speech, journalist Glenn Greenwald noted the irony of Democrats expanding the use of the No Fly list, given their general distaste for such actions taken by the Bush Administration in the nascent days of the War on Terror.

The travesties of the no-fly list that GOP spent a decade implementing & Dems are now cheering & expanding https://t.co/6pWoxC0oPi

Many Democrats, of course, are behind President Obama, supporting his use of the No Fly list as part of both the gun control debate and as an antiterrorism tool. They’ll likely continue to face pressure, though, both from foes in the Republican Party and from those who outflank them on the left.