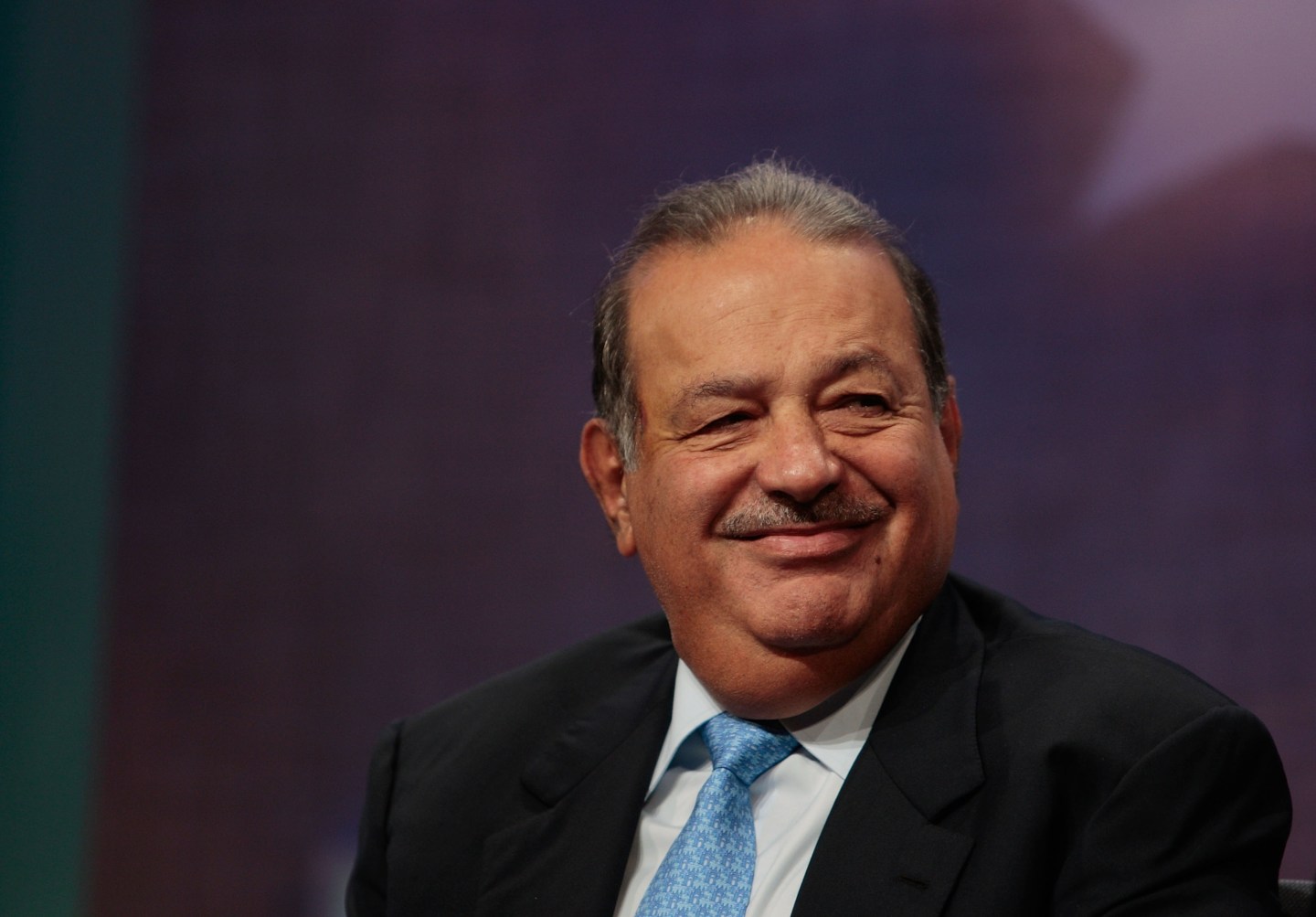 Mexican billionaire Carlos Slim is one of the few people with enough wealth to match or exceed Facebook CEO Mark Zuckerberg’s recent $45 billion donation to charity. But he’s not planning to give his fortune away just yet.

Telecom magnate Slim said on Thursday that he will not give away his family’s shares in his vast business empire to charity, in response to a question whether he planned to follow Zuckerberg’s lead in donating nearly 99% of his wealth to the Zuckerberg Chan Initative.

“Foundations do not solve poverty,” Slim said at an event in Mexico City, according to The Guardian. “Employment requires that companies invest, so we don’t need to give away companies, we need to create companies.”

It’s not the first time that Slim has been publicly skeptical of a fellow billionaire’s plans to give his money away. Carlos Slim has not agreed to the Giving Pledge, an organization and agreement spearheaded by Bill Gates and Warren Buffet which encourages billionaires to donate half of their fortunes to charity.

“First of all, what we need to do as businessmen, is to help to solve the problems, the social problems. To fight poverty, but not by charity,” Slim said during a taped interview in 2011. “I think it will be a big mistake that companies like Microsoft, Apple, the leaders of the world in technology be sold by the founders to put the cash to fund charities, to fund charity. They shouldn’t. It is more important that they continue manage the companies.”

Slim’s wealth is considerable, with an estimated net worth of $58 billion. He oversees a business empire with holdings in nearly every industry in Mexico, but he is best known for running telecommunications companies Telmex and América Móvil. Carlos Slim does have his own charitable foundation—the Carlos Slim Foundation—which functions as the billionaire’s philanthropic arm and has an endowment of $3.5 billion.

Zuckerberg said that he planned to donate 99% of his net worth to his charitable foundation earlier this week in a Facebook post in which he also announced the birth of his daughter. However, although the Zuckerberg Chan Initiative is described as charity, it is organized as a limited liability corporation which allows it the flexibility to invest in for-profit companies, a detail which Zuckerberg had to defend on Thursday after accusations that his $45 billion giveaway is a vehicle for evading taxes.

For more on Zuckerberg’s donation announcement, watch this Fortune video: