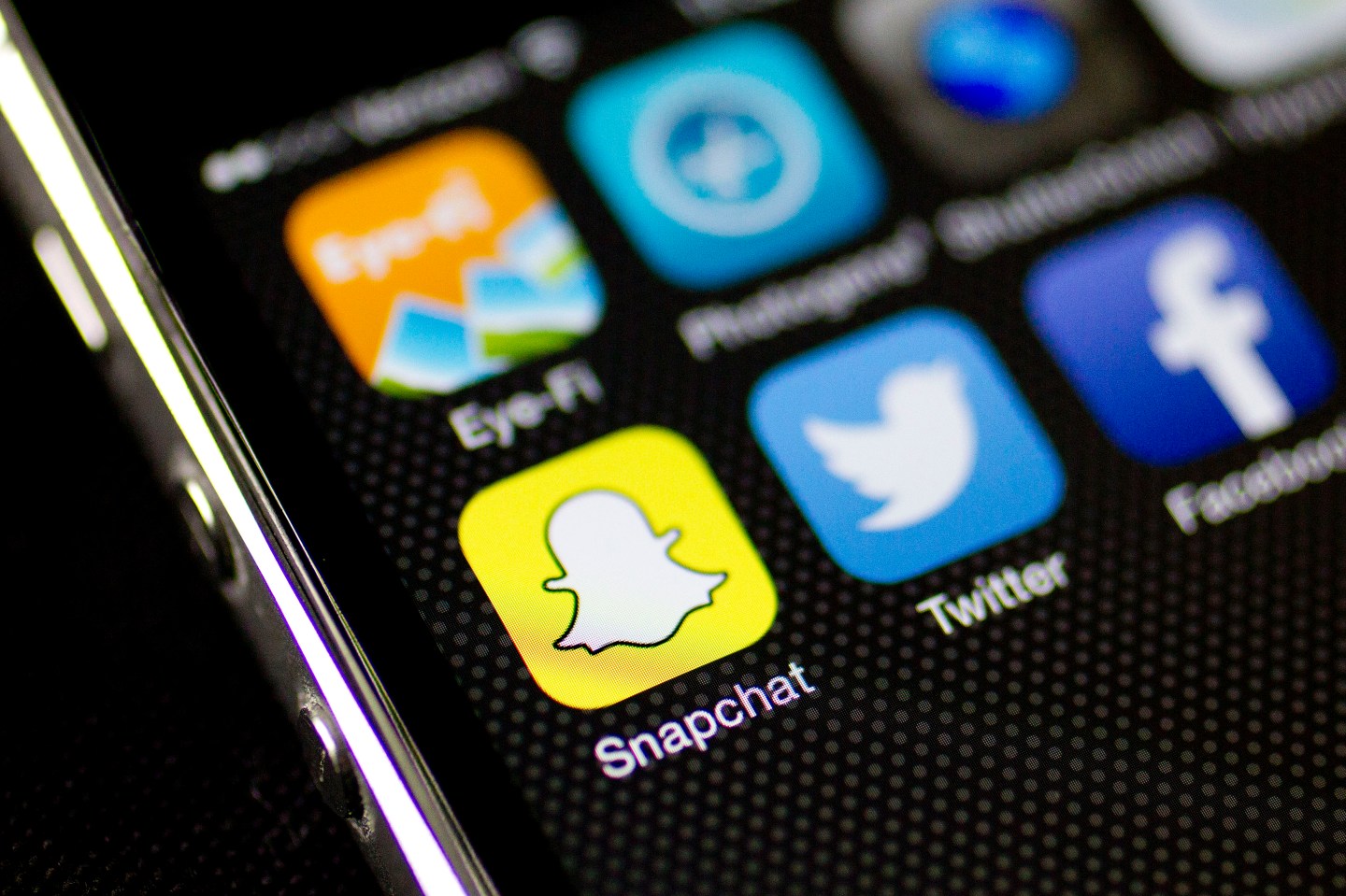 For an app that many—possibly even most—initially dismissed as a trivial tool for teens to send sexy texts that would automatically disappear, Snapchat has certainly come a long way. Not only does it have an estimated market value of about $16 billion, but it is also now seen by many media outlets as a viable platform for their news, thanks in part to its Discover feature.

More recently, Snapchat has started to dip its toes into the world of real-time, crowdsourced news. And the results have been fascinating and/or disturbing, depending on your perspective.

Although the company has experimented with news aggregation features a few times before now, the latest and most powerful example of it doing so came on Wednesday and Thursday, after a mass shooting in San Bernardino, Calif. A total of 14 people were killed after a husband and wife opened fire on a crowded holiday party.

The Snapchat “story” was pulled together over time from users who were near the attack when it occurred, with images and videos that these users had uploaded—creating a live stream of pictures and clips from people who were near the shooting location. Some of the shots included behind the scenes images of police activity, as well as shots of the wounded being airlifted away.

Snapchat creates stories based around geographic locations such as Los Angeles every day, with random content uploaded by users about the city. The service usually employs GPS location tools to show that kind of story only to those who are in that city. But in the case of the shooting, the company made the San Bernardino stream available to everyone in the U.S., for the first time.

The results of Snapchat’s news gathering can be seen in a post that Mashable did, as well as a similar piece that Business Insider did on the phenomenon. It’s a live stream of images and videos from people who were near the shooting location, including some shaky footage of people under lockdown.

It’s a little like CNN, except generated by dozens or even hundreds of users in the same vicinity. And the similarity probably isn’t surprising, since Snapchat’s news efforts are being run by former CNN political correspondent Peter Hamby, who joined the company in April.

It’s interesting to compare this with what Twitter did with its Moment on the shootings, especially since Twitter is seen by many (correctly) as the original crowdsourced real-time news service—thanks to the plane landing in the Hudson, the Arab Spring, and hundreds of other news events. The Moments feature is its attempt to up its aggregation game, using human editors who curate tweets, photos etc.

The Moment that I saw about the San Bernardino shootings included primarily tweets and content from “official” accounts, such as CNN and the personal accounts of journalists who were reacting to the news, or posting aspects of the information. In most cases, however, this was second or third hand.

Snapchat, by contrast, collected powerful imagery and reactions from people who were on the scene, or close to it (although it also included official sources). As is the case with much of the crowdsourced information from crime scenes, a lot of it was chaotic and of poor quality. But there’s still something compelling about the immediacy of these kinds of reports that is undeniable—because they are experiencing it live, while we are just spectators. And it isn’t being filtered by an intermediary.

There are all sorts of problems with crowdsourcing real-time news, of course. As we see time and time again during such events, hoaxes and misinformation are rampant, as they were in the San Bernardino shootings. Journalism professor Steve Buttry has an in-depth look at one incident—although in that case, geo-location through Snapchat might have helped catch it before it spread.

Storyful, a startup that was acquired by News Corp. last year, makes a living verifying real-time news reports from social media, and the team behind the First Look News project known as Reportedly does the same. During the chaos of a breaking-news event, it can be difficult to sort fact from fiction. Breaking News, a service that is owned by NBC, also has an app that pulls in news-related updates based on location that the service then verifies.

This is something Snapchat will have to confront if it is going to do more real-time news gathering the way it did in San Bernardino. And there are all kinds of potential land mines along the way, which is perhaps why Twitter is taking such a cautious approach with Moments. But the power of a tool that can aggregate live imagery and reactions based on a geographical location is still fascinating.

As John Herrman at The Awl described so thoroughly in a recent piece he wrote about the disintermediation of journalism by the web and social media, one of the biggest shifts in media of the past decade has been the ability for anyone—journalist or not—to pick up a phone and share information with vast numbers of people. We are only now starting to seeing the real implications of that phenomenon at work on a large scale.