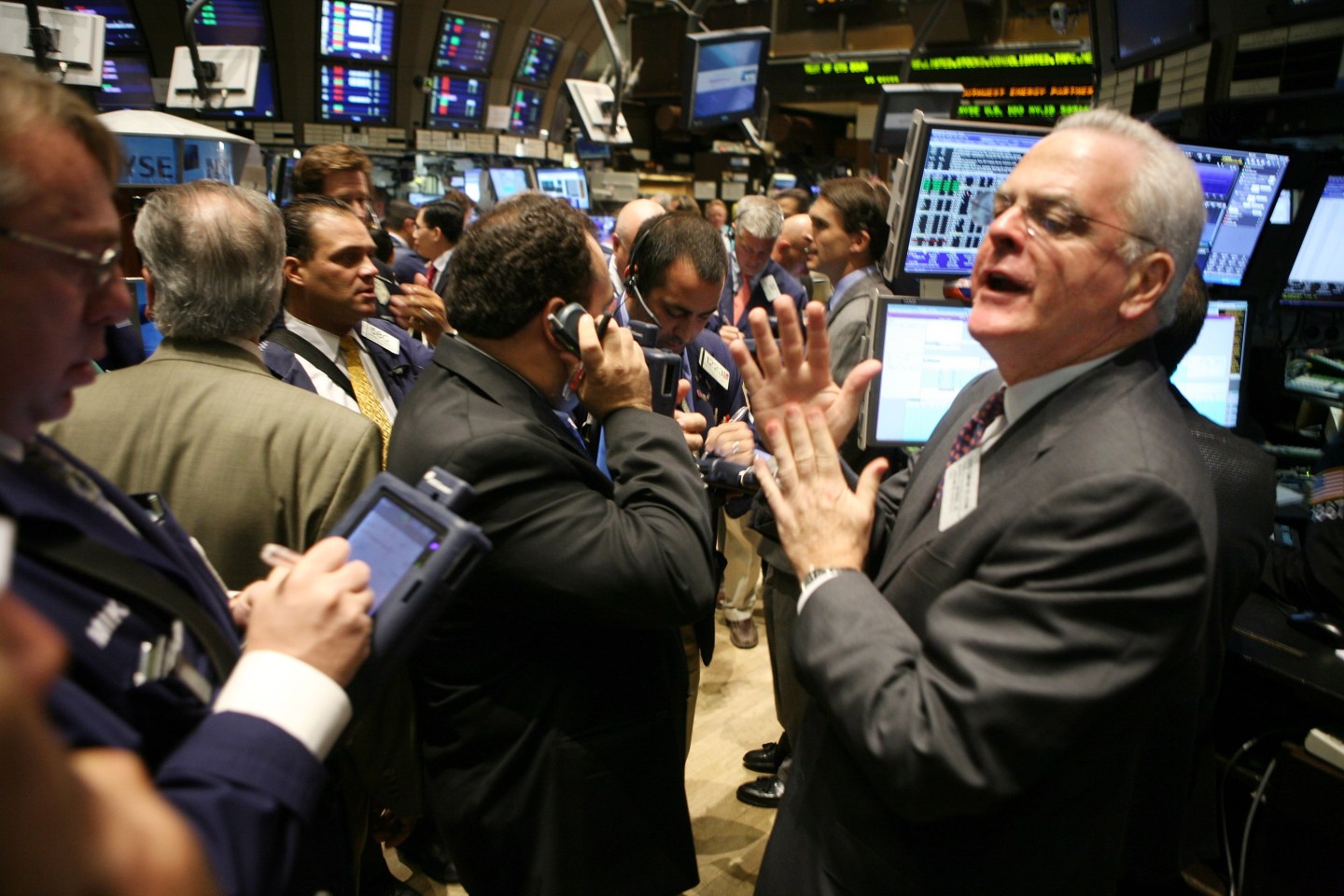 Traders, Specialists and Floor Officials gather around the trading post where Lehman Brothers stock is traded on the floor of the New York Stock Exchange as the market opens Wednesday, Sept. 10, 2008. Stock prices rose early Wednesday, staging a partial rebound from a steep sell-off after investors grew encouraged that Lehman Brothers Holdings Inc. is close to a deal to sell a majority stake in its investment management business and bring in much-needed capital. (AP Photo/David Karp)
Photograph by David Karp — AP

The stock market appeared to have finally shaken off its Federal Reserve worries on Friday. But don’t count on it.

Stocks jumped on news of a better than expected jobs report, with the Dow Jones Industrial Average rising nearly 370 points. That was a gain of over 2%, and one of the best days of the year for stocks.

The good economic news means that the Fed will likely raise interest rates later this month. For months, the threat of a rate hike had loomed over the stock market. But on Friday, the market brushed its fears aside. Jason Trennert of Strategas said the certainty of the Fed’s coming move bodes well for stocks. Trennert also said the good jobs number showed that the economy could sustain a rate hike and continue to grow. “There was nervousness about what the Fed will do,” said Trennert. “Investors shook that off.”

That was long overdue, according to some strategists. Jeff Rubin of Birinyi Associates has studied what happens to the market after initial rate hikes. While stocks and interest rates generally head in opposite directions, Rubin says that previous initial rate hikes have not halted market rallies.

The difference this time is that stocks have been flagging for a while, dropping this summer, only to rebound in October. Even after Friday’s rally, the S&P 500 is only up 1.6% for the year. And even Friday’s gain comes after a drop on Thursday of over 250 points on the Dow.

One of the big problems is that stock market prices are relatively high, especially considering the fact that corporate profits have fallen in the past two quarters. The market now has a price-to-earnings ratio of around 21. That’s higher than that it has been during 9 of the past 11 times the Federal Reserve has raised interest rates. A study from Goldman Sachs says that p/e ratios on average fall 10% after a rate hike. And stock market strategists are generally predicting that next year will be a disappointing one for the market.

“We are going to get a lot of volatility going into the rate hike,” says stock market strategist James Bianco. “Friday was another sign that volatility is going to ratchet up from here.”