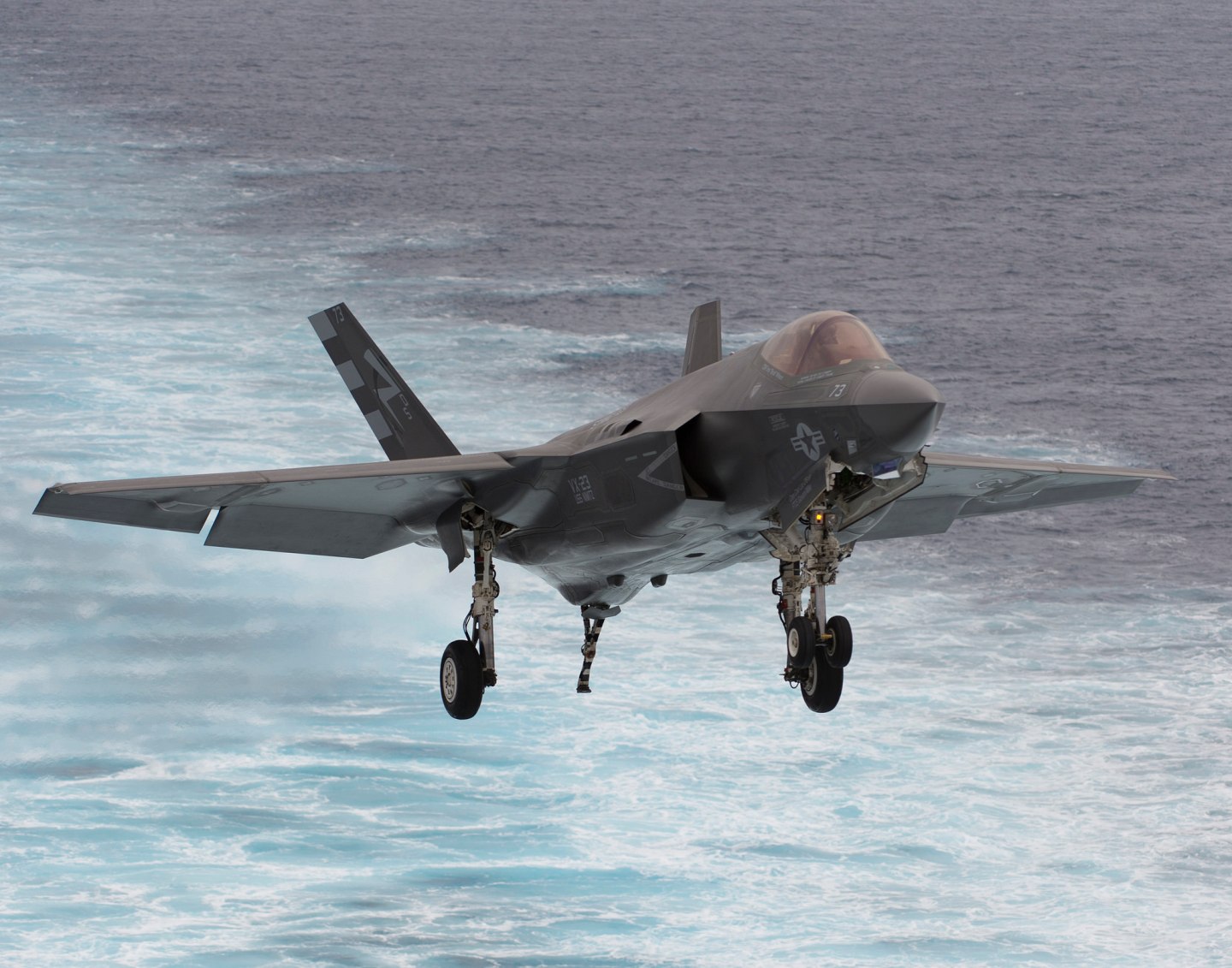 The Pentagon’s ongoing efforts to sharpen the U.S. military’s technological edge will be drastically slowed in the years ahead, officials say. The Defense Department is bracing for significant cuts to major new weapons programs in its fiscal 2017 budget as it struggles to reduce costs while spending more in Europe.

Speaking at an event organized by the Potomac Officers Club on Wednesday, Pentagon acquisition chief Frank Kendall warned of “disproportionate hits to modernization, R&D and procurement” in the fiscal 2017 defense budget now being weighed by the Pentagon. The cuts could impact flagship Pentagon programs, including the Air Force’s new stealth bomber initiative and the procurement of new Lockheed Martin (“LMT”) F-35 fighter jets, though officials have yet to disclose which programs will suffer the biggest cuts.

However, Kendall did hint that the cuts could impact procurement more significantly than programs still in the research and development stage. “The disproportionate hits on ’17 are going to be on modernization,” Kendall reiterated later in his speech. “I think that will probably be more on production than R&D.”

The cuts come as the Pentagon scrambles to deal with unfolding global events as well as the latest National Defense Authorization Act, which President Obama signed into law last month. After much political wrangling, Congress managed to compromise on a two-year defense budget agreement that offers the Pentagon budget stability through 2017. But the agreement provides $15 billion less in fiscal ’17 than the Pentagon was expecting based on the White House’s original budget proposal.

Meanwhile, the Defense Department is working to provide additional funding for its European Reassurance Initiative, which aims to boost both equipment levels and U.S. military capability in Europe. Speaking Monday, Pentagon Comptroller Mike McCord told an audience at the Center for Strategic and International Studies that the U.S. plans to ramp up funding for the ERI in fiscal ’17, compounding pressure on the Pentagon to cut costs elsewhere. McCord also cited modernization programs as likely candidates for funding cuts.

Several banner Pentagon programs fall under the “modernization” umbrella, including the F-35, the new Long Range Strike Bomber program, the Ohio class submarine replacement program, and U.S. Air Force efforts to upgrade its aging intercontinental ballistic nuclear missile arsenal. Some cuts could prove less impactful, as development programs like the Long Range Strike Bomber that are running behind schedule shed funds that they wouldn’t have been able to spend anyway (the bomber program is on hold following a protest of the award to Northrop Grumman (“NOC”) by rivals Boeing (“BA”) and Lockheed Martin).

But the cuts could hit Lockheed’s F-35 procurement program in a significant way. At the same time Kendall was voicing his preference for sacrificing production and procurement over research and development on Wednesday, Sen. John McCain—who chairs the powerful Senate Armed Services Committee—was across town openly questioning whether the Pentagon needs all of the 2,443 aircraft currently on order.

Kendall acknowledged that while the F-35 is central to the Pentagon’s future air power aims, the program is far from untouchable. “It’s impossible in these budgets to entirely protect it,” Kendall told reporters following his remarks. “It is our most cutting edge capability. Dollar for dollar it probably gives us more combat capability than any other investment that we’re making, but we’ve got a lot of other things that we’ve got to do as well. So it’s not entirely fenced. I can’t say that it’s entirely fenced.”

“The F-35 would be an obvious one to cut,” says Byron Callan, a defense industry analyst at Capital Alpha Partners, citing Congress’s general unwillingness to cut multi-year shipbuilding programs. The Pentagon has also indicated that it will circle the wagons around its nuclear triad—made up of long range bombers, intercontinental ballistic missiles, and nuclear-missile armed submarines. Among major modernization programs, that leaves the costly F-35 program conspicuously exposed.

No specific program is in as much jeopardy as the Pentagon’s larger strategy of enhancing the military’s technological edge to offset the advances potential adversaries have recently made in ballistic missile, anti-aircraft, and naval standoff technologies. Development of key elements of the much-hyped initiative could be drastically slowed or scotched altogether as budgets are cut and resources are diverted elsewhere.

However the cuts are eventually spread around, no single modernization program is in existential danger, Callan says.

“It’s probably going to be a dog’s breakfast of cuts—not so many big cuts, but lots of little ones,” he says. “There’s nothing right now that’s really badly wounded among the big, iconic weapons systems programs. And when there’s no really obvious place to make cuts, you have to spread this out.”

For more on the defense industry, watch this Fortune video.