Bill Gross Has This Warning for Investors 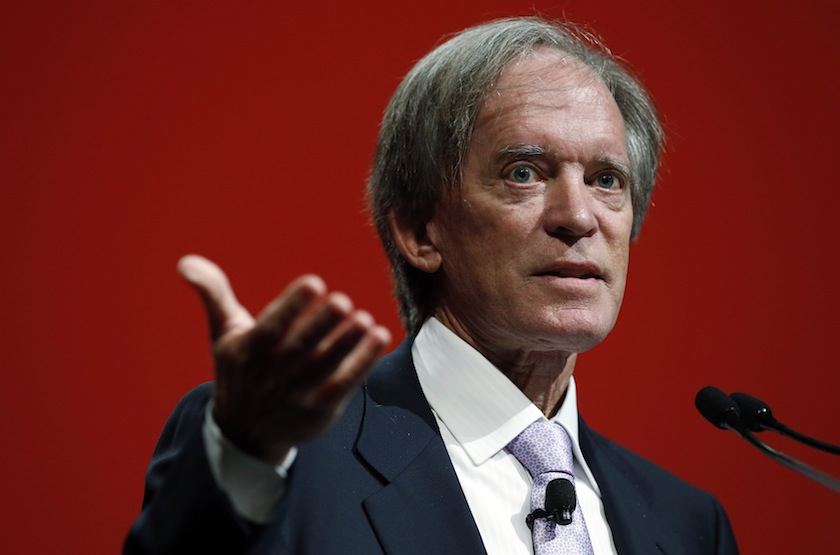 Bill Gross, the closely watched bond investor, on Thursday said that low interest rates are keeping alive “zombie corporations” that are unproductive and warned investors to de-risk portfolios into the new year.

Gross, who oversees the $1.4 billion Janus Global Unconstrained Bond Fund, has said since earlier this year that the U.S. central bank should raise interest rates to more normal levels, because zero-bound levels are harming the real economy and destroying insurance company balance sheets and pension funds.

“The faster and faster central bankers press the monetary button, the greater and greater the relative risk of owning financial assets,” Gross wrote in his December Investment Outlook. “I would gradually de-risk portfolios as we move into 2016. Less credit risk, reduced equity exposure, placing more emphasis on the return of your money than a double-digit return on your money.”

Gross warned that the negative feedback loop from the real economy “will halt the ascent of stock and bond prices, and investors will look around like Wile E. Coyote wondering how far is down.” The cartoon character Wile E. Coyote was forever leaping across wide chasms in pursuit of the Road Runner, flying long distances in thin air, but then looking down and falling off a cliff.

Gross likens central banks to casinos. “They print money as if they were manufacturing endless numbers of chips that they’ll never have to redeem. Actually, a casino is an apt description for today’s global monetary policy.”

“Japan for years has doubled down on its Quantitative Easing, and Mario Draghi’s statement of several years’ past, ‘Whatever it takes’ – is a Martingale promise in disguise,” Gross said. Martingale is a gambling system of continually doubling the stakes in the hope of an eventual win that must yield a net profit.

The “Martingale promise” vows to get the Euroland economy back to even and inflation up to 2% by increasing QE and the collateral it buys until the Euro currency declines, the euro zone economy improves, and inflation approaches target, Gross said.

Artificially low interest rates have kept alive “zombie corporations that are unproductive” and destroy business models such as insurance companies and pension funds because yields are too low to pay promised benefits, Gross said. “They turn savers into financial eunuchs, unable to reproduce and grow their retirement funds to maintain expected future lifestyles.”