Amazon Stands By its Dubious Drone 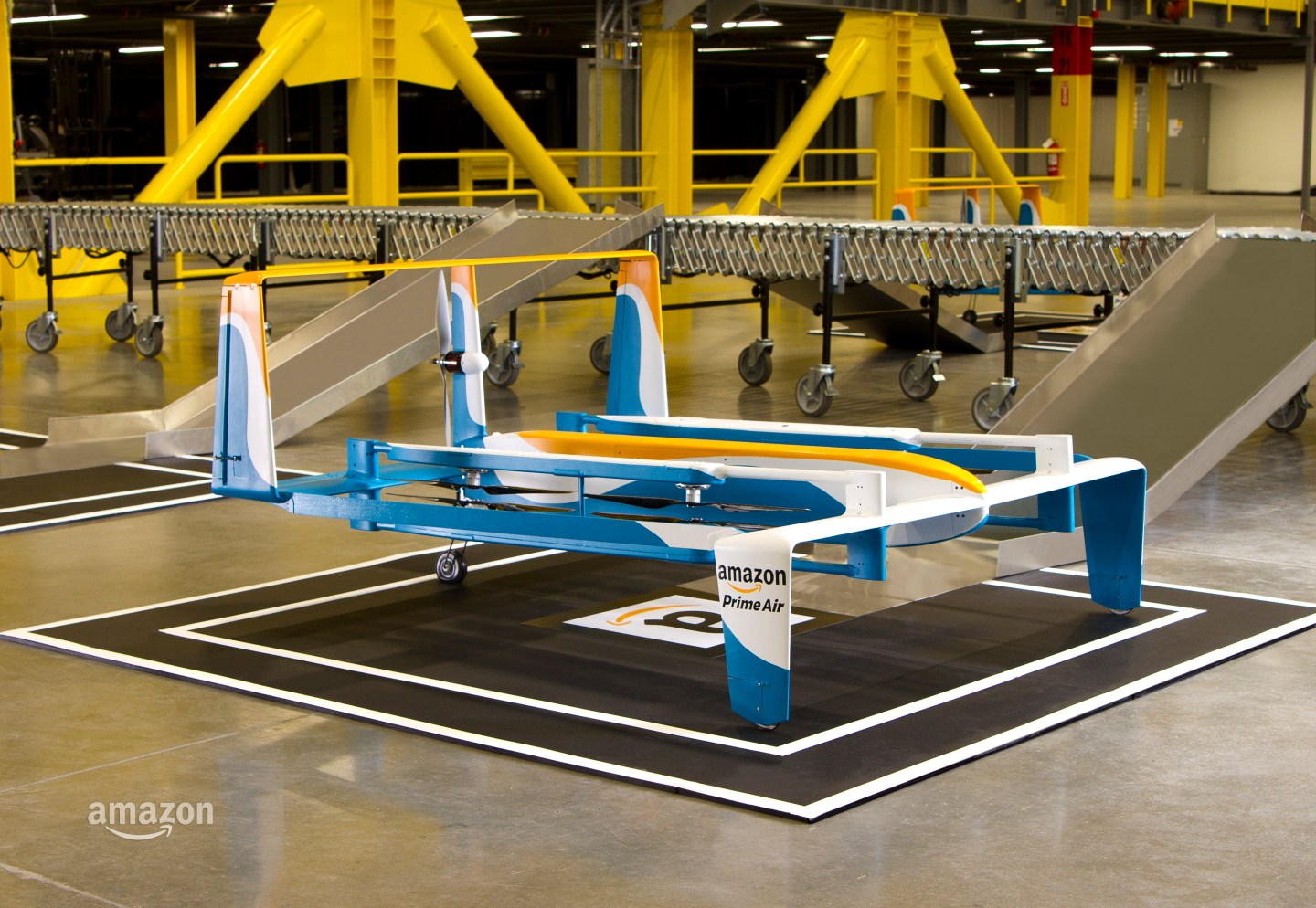 I’m having second thoughts about a video I posted earlier this week.

Two years have passed since CEO Jeff Bezos unveiled Amazon’s first prototype drone with great fanfare (and controversy) on CBS’s 60 Minutes, and it appeared that the company had finally made some progress.

But it didn’t take long for Frank, one of my regular readers, to lodge a complaint.

“While the video claims to be ‘ACTUAL FLIGHT FOOTAGE, NOT SIMULATED,’ something is not right.

“The videographer is obviously using perspective illusion to simulate a full-size drone in operation. Note that the videographer avoids placing the drone close to objects that would allow the viewer to get a feeling for the actual size of the drone.

“Judging by the size of the shoebox, assuming the box is about 12 inches long, the drone would be about seven to eight feet long by roughly five to six feet wide, hardly something one would want landing in a back yard, or heaven forbid, a window sill.

“So, yes, while this might not be a simulated flight and everything in it is entirely truthful, it does not mean that that what the viewer perceives and remembers has not been tweaked using skillful and willful deception techniques.”

Amazon, confronted with charges of video fakery, stood by its drone.

A spokesman for Lockheed Martin (LMT), maker of the K-Max autonomous helicopter shown below, chuckled after viewing the Clarkson video, but declined to comment on the capacity of Amazon’s drone.

It’s easy to imagine payloads bigger than a shoebox fitting into the belly of a K-Max. It was the workhorse delivery drone for U.S. Marines in Afghanistan, capable of carrying 4,000-lbs. payloads at high altitudes.

However, it’s hard to see a shoe box fitting into the narrow fuselage of Amazon’s prototype. It looks like a battery-powered amateur aircraft in the same class as the xCraft drones featured recently on ABC’s Shark Tank. (See Best Shark Tank Sales Pitch Ever.)

The X PlusOne, like Amazon’s Prime Air, takes off like a helicopter and flies like a plane, but it weighs 2.9 pounds and has a payload capacity of one pound. “You’d have to have an awful lot of power to go beyond that at scale,” says Charles Manning, xCraft’s chief investor, who spotted at least one inconsistency in Clarkson’s video. (Hint: Pay attention to the size, orientation and texture of the shoe box.)

Amazon says its drone can carry five pound packages up to 15 miles, but citing intellectual property concerns, it declined to provide specs for its drone or a photograph of the craft next to a shoebox.

“This is for the customers,” said Amazon’s Kish. “What does it matter to them?”

Follow Philip Elmer-DeWitt on Twitter at @philiped. Read his Apple (AAPL) coverage at fortune.com/ped or subscribe via his RSS feed. Make sure to sign up for Data Sheet, Fortune’s daily newsletter about the business of technology.