How Harvard Plans to Beat Yale at Investing 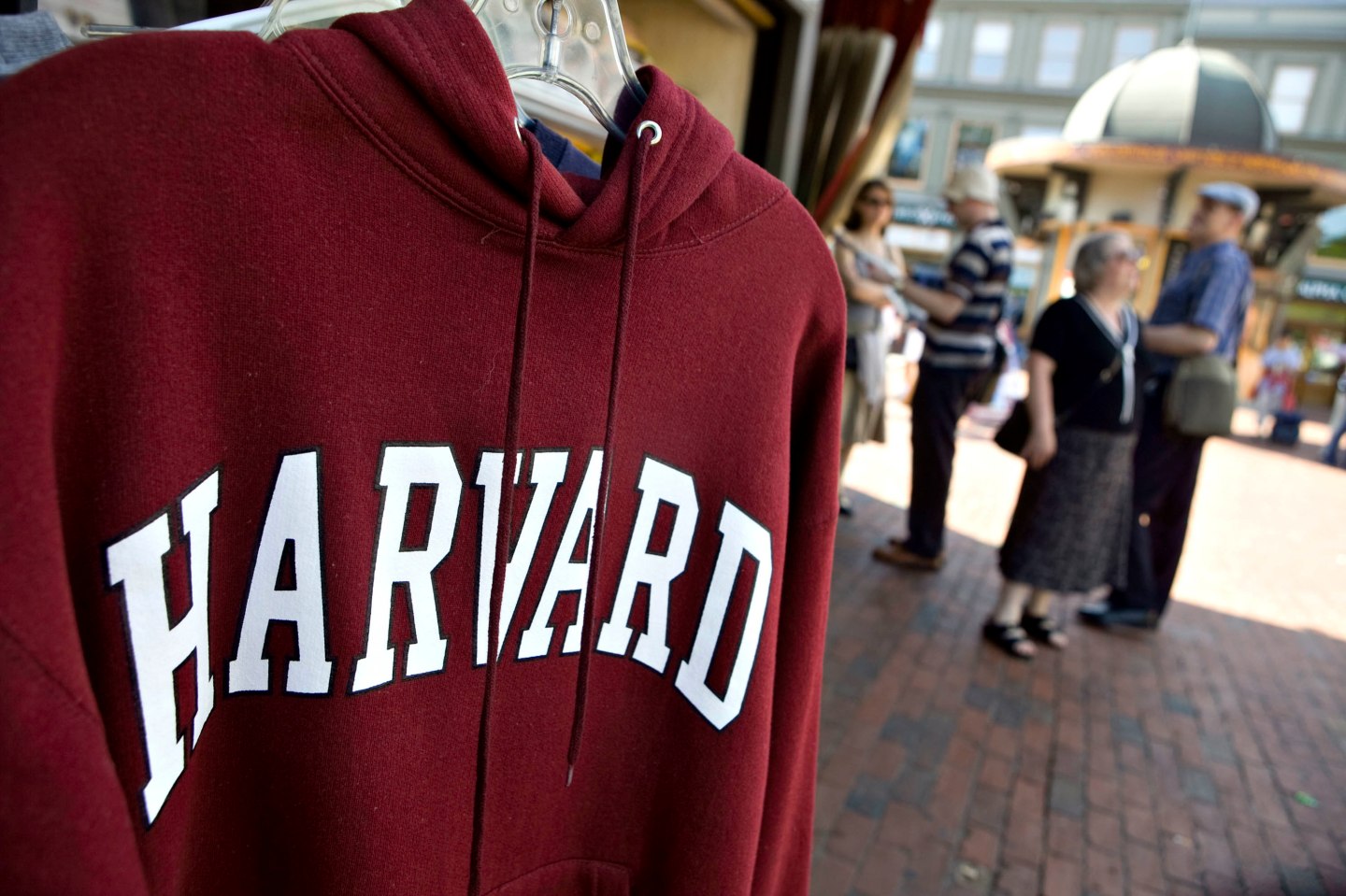 UNITED STATES - SEPTEMBER 03: A Harvard University logo appears on a sweatshirt on display in Harvard Square in Cambridge, Massachusetts, U.S., on Friday, Sept. 4, 2009. Community activists in Allston, a section of Boston across the Charles River from Harvard's main campus in Cambridge, say university delays have left a (Photo by Michael Fein/Bloomberg via Getty Images)
Photograph by Michael Fein — Bloomberg/Getty Images

The university is scrambling to come up with a solution, especially as it aims to take on Yale, which has seen the largest average annual returns over the last five years, according to Bloomberg.

Harvard has a $37.6 billion endowment, including an average return rate nearly 4% off that of Yale, the top Ivy League university by average annual return with 14%. Yale’s endowment is approximately $24 billion.

Harvard’s 5.8% one-year gain up to June, for instance, was behind the Ivy League average by 2%, the publication added.

In October, Bloomberg reported that Wall Street financiers and Harvard Business School alums gathered to discuss how to beat rivals, such as Yale and Princeton.

“It was kind of reassuring,” Stephen Blyth, who drafted a plan to grow the fund as CEO of the Harvard Management Co. in an interview with Bloomberg. “There were people on both sides so I felt we must have it about right.”

Fortune has reached out to Harvard and Yale for comment.

A Fortune analysis from 2013 also showed the university lag behind its competition.