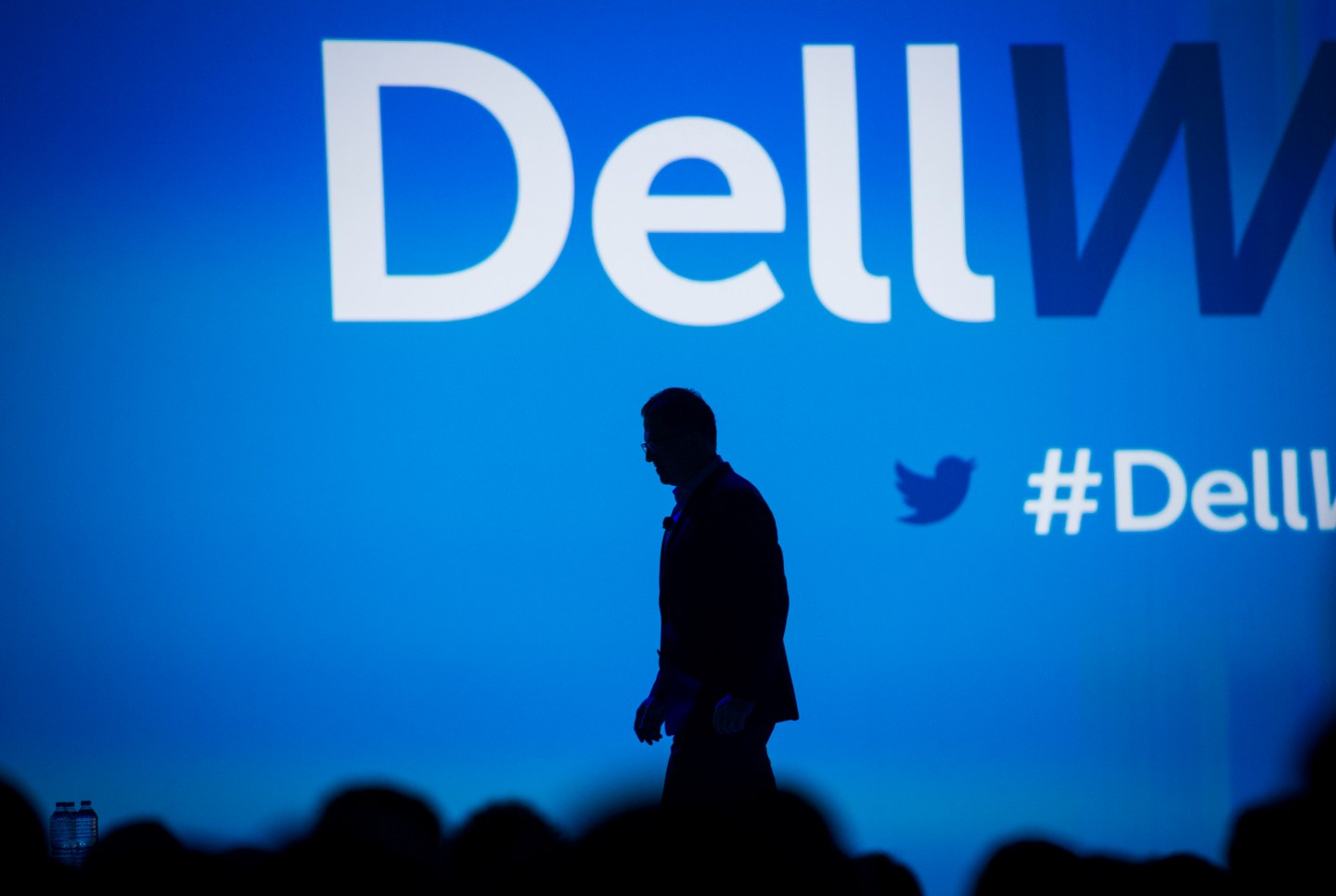 Several big-name buyout firms are weighing acquisitions of Dell assets as the computer company tries to complete its debt-ridden $67 billion acquisition of EMC.

In the latest wrinkle to the Dell-EMC saga, KKR (KKR), Thoma Bravo, and Vista Equity Partners are vying to snap up Quest Software and SonicWall, according to a Reuters report citing unnamed sources.

This just goes to show that in tech, acquisitions can be ephemeral. In 2012, Dell first bought SonicWall, a security software company for $1.2 billion and a few months later it bought Quest, which offers management tools, for $2.4 billion. Now both businesses are reportedly valued at $2 billion, according to Reuters.

Neither Dell, KKR or Thoma Bravo would comment when Fortune reached out to them. Fortune also reached out to Vista Equity Partners and will update this story as needed.

As mentioned, Dell’s problem with its aggressive $67 billion bid for EMC (EMC) (and EMC protegé VMware (VMW)) is the $49.5 billion in associated debt. Selling off these businesses would alleviate some of that debt.

Another, related, sticking point has been that VMware shareholders are not happy with EMC’s plans to issue VMware tracking stock after the deal closes.

EMC, which owns about 80% of VMware, was going to combine VMware’s cloud business with its newer Virtustream enterprise cloud unit, which is growing but expensive. The costs of that business would have been allocated to VMware, hurting the value of the tracking stock. Last week reports surfaced that, given shareholder resistance, EMC was re-evaluating that plan and would instead assume the Virtustream costs itself.

As part of the proposed deal announced October 12, EMC had a 60-day “go shop” provision during which it could entertain other offers—highly unlikely—and that period ends December 11.

Reuters also reported that Dell is shopping Perot Systems, the IT services company it bought in 2009 for $3.9 billion.

Altogether, the sales of these assets could take a chunk out of the debt Dell would otherwise assume in its EMC quest. All of these buyout firms have done tech deals. Last year, for example, Vista acquired Tibco Software; KKR launched its first tech fund in October. And, Thoma Bravo took both Riverbed and Compuware private last year. In fact, it took SonicWall private five years ago and then sold it to Dell a few years later.

So what goes around may well come around again.

For more Fortune coverage of Dell, watch this video: