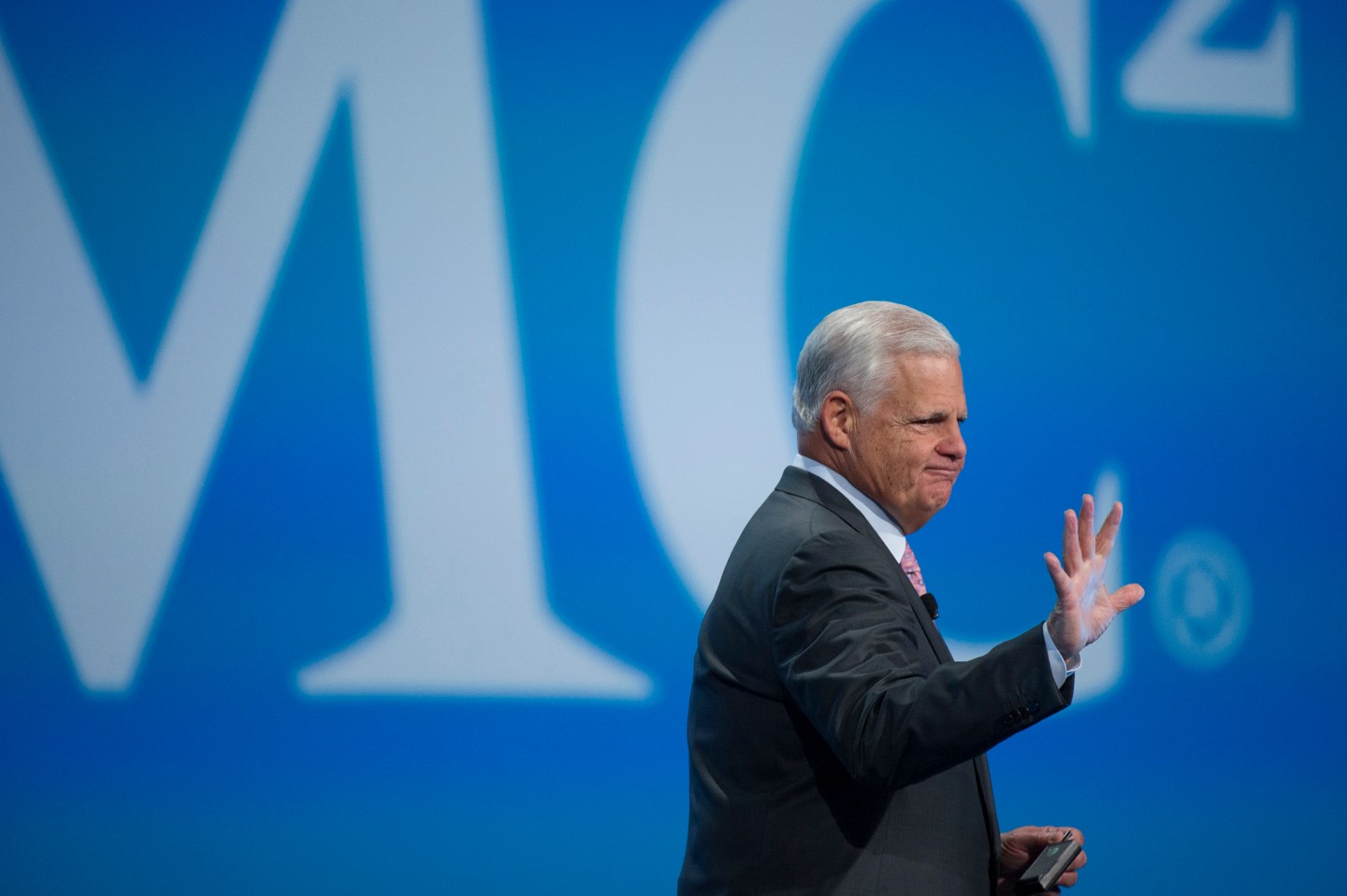 Under terms of the complex deal, EMC stockholders would receive approximately $33.15 per share. This includes $24.05 per share in cash and $9.10 worth of a tracking stock for VMWare (VMW), an EMC-owned cloud and virtualization software company that already has around a 20% equity “stub” trading on the public markets.

EMC also has included a 60-day “go shop” provision, which would allow it to solicit superior offers. The deal is expected to close in mid-2016.

EMC chairman and CEO Joe Tucci would remain in that position until the deal closes, after which Michael Dell would become chairman and CEO of the combined company. Dell’s headquarters will remain in Round Rock, Texas, while the combined company’s enterprise systems unit will be based in EMC’s current base of Hopkinton, Mass. On an EMC call Monday morning, Tucci said Dell first reached out to him last year.

Overall, the deal values EMC around 27% higher than where it was trading before news of Dell’s interest first broke last week. It would be the second-largest tech merger ever, behind only the $106 billion tie-up between AOL and Time Warner in 2000, and the largest-ever take-private transaction for a tech company.

Dell itself was acquired in late 2013 for $24.9 billion in a deal that included participation from private equity firm Silver Lake, which will be among those helping to finance the transaction. Other equity participants include MSD Partners (a family office of Michael Dell) and Singaporean sovereign wealth fund Temasek. The deal also will require a large amount of new debt issuance, although there are no financing conditions tied to closing.

In an interview on CNBC, Michael Dell said that “the revenue synergies here are three times larger than the cost synergies.”

On a 7:45 a.m. EDT call announcing EMC results, VMware chief executive Pat Gelsinger said the deal “is a positive for VMware” and should help that company sell more mobile and desktop products due to Dell’s PC business.

“Our mission and strategy remain unchanged,” Gelsinger said. He reiterated that VMware will remain a publicly traded company.

On the EMC call, Tucci noted that Dell will give EMC a great channel for more of its products. “For many vendors, Dell is the number one reseller. Now we’ll favor the family products.”

Elliott Management, the activist investment group that had been pushing EMC to make a bold move, issued a statement of support.

Jesse Cohn, senior portfolio manager, called it “a landmark transaction” that will create “a powerhouse with leading franchises across enterprise IT.”

An investor call is scheduled for 8:45 a.m. EDT. Fortune will update this post accordingly.