Why You Should Stop Calling ADP a Payroll Vendor 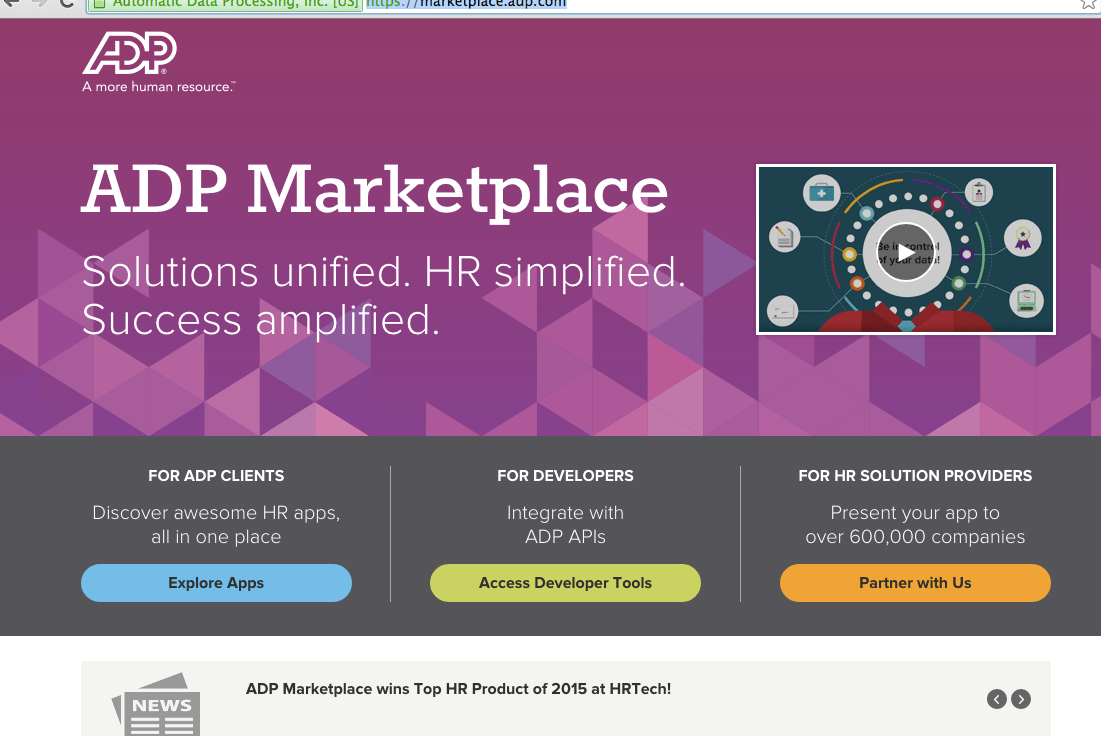 If you automatically associate the name ADP with payroll services, you are to be forgiven. After all, more than 610,000 businesses rely on the 60-year-old company to pay 24 million employees in the U.S. alone. Put another way, ADP touches the paychecks of one in six U.S. workers.

In fact, more than half of ADP’s national accounts use both its payroll services and other HR apps—something many people don’t realize. “We already compete broadly in human capital management,” Sackman said. That’s the jargon the tech world uses to describe the myriad applications and services rising up to help businesses manage their workforces.

The existing evidence is compelling. The company already ranks No. 7 among the top 10 cloud HR software vendors, with a 4% share of the market, according to researcher Apps Run the World. That might seem small, but for perspective, SAP and Workday rank No. 1 and No. 2 on this list, with 11% share and 9% share, respectively.

ADP’s strategy for claiming more of that share centers on a year-old initiative to ally with other software companies—its newly expanded relationship with sometime rival Workday is one example—that drive more business for its core human resources software. “They are trying to become a platform, an ecosystem. They’re even willing to consider competitors,” said Holger Mueller, principal analyst with Constellation Research.

ADP features complementary software on the ADP Marketplace after reviewing them for security and “relevance,” and it receives a transaction fee on any sales that result from a marketplace listing referral. This strategy is similar to the directories created by Salesforce (CRM) (with AppExchange) and Atlassian to highlight software related to their core products. There are some pretty well-known apps in ADP’s directory, such as the SAP [fortune stock symbol=”SAP”] Concur expense management tool. But many of the companies are relatively unknown, such as Flock, one of the many companies—along with venture capital darling Zenefits—that is disrupting how small businesses manage employee benefits.

So far, ADP (ADP) has signed more than 100 software developers—creators of everything from recruiting tools to timesheet apps to talent management systems—and it has another 300 to 400 potential partners in the pipeline, Sackman said. “We can’t build all these things ourselves.”

When asked what sorts of apps ADP will prioritize, Sackman said one fast-growing areas centers on employee wellness. In addition, ADP is investing heavily in analytics technologies that help businesses anticipate recruiting needs or identify employees that might make management candidates. “Today, we have no policy to limit the entrants in any particular category,” he said.

Why payroll services for small businesses are getting so much buzz:

Follow Heather Clancy on Twitter at @greentechlady or via her RSS feed. And for a daily collection of the day’s most important tech stories, subscribe to the Data Sheet newsletter.