Why 3D-Printing Companies Should be Watching This Startup 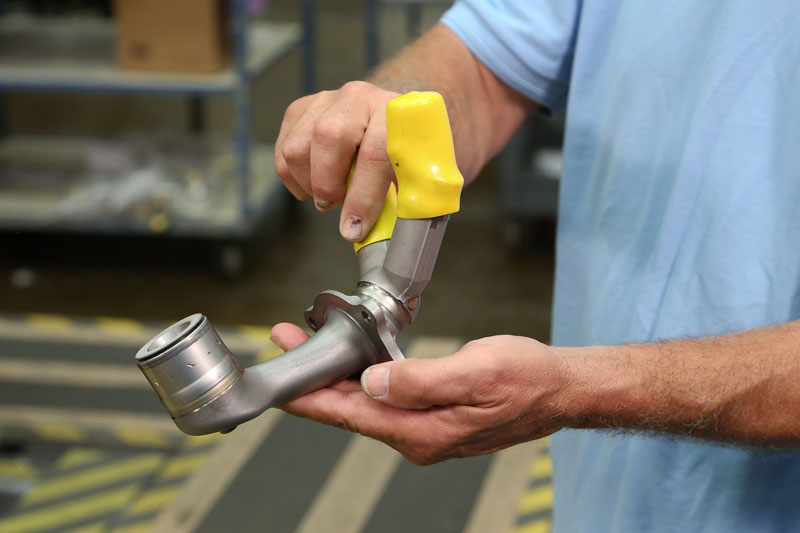 The interior passageways of each Leap engine fuel nozzle were made through additive manufacturing.
Courtesy: GE

The next challenge for the 3D-printing industry is finding a cheap way to produce metal objects—and if Israel-based startup Xjet manages to pull off what it’s promising, 2016 could be the year that starts to happen.

Typically, producing metal objects via 3D printing happens when a powdered version of something like steel or titanium is melted and fused together. It’s this process that a company like General Electric employs to manufacture the nozzles on its new Leap aircraft engines. Creating something like a nozzle through additive manufacturing means creating designs of parts not previously possible, and testing their effectiveness in software. Doing so lowers the cost of producing a metal part by eliminating the need to make molds to fit liquid metal, and then the need to remake those molds should a metal part need to be tweaked.

Xjet, on the other hand, isn’t using powder. The company claims it will bring to market a 3D printer, the first-ever, that uses inkjet printing technology and liquid metals to create directly print 3D objects in less time and for significantly less money—and it’s for that reason that Xjet is the 3D-printing company others should be watching.

“Using our inkjet technology we will be able to make customized metal manufacturing affordable for even small companies,” Xjet CBO Dror Danai told The Times of Israel in November.

And metals are where the growth in the 3D-printing market is. According to consulting firm Wohlers Associates, the worldwide market for 3D printing in 2014 rose to $4.1 billion, and sales of additive manufacturing machines for metals printing grew by 76%.

But the 3D printers and the powders capable of producing metal objects are costly. What’s more, as Fortune recently reported, the metal powders used today still need to be tailored specifically for 3D printing.

Whether Xjet succeeds in developing this technology is the question, although it seems likely. The people at the helm are veterans of Objet—Danai is Objet’s former VP of sales and business development—which was acquired by Stratasys in 2012. It was Objet that made strides in inkjet 3D printing for the creation of plastic objects. Now Xjet is looking to do the same for metal: According to the plan Danai laid out, the company will introduce the printer and the liquid metal capable of creating stainless steel objects sometime in 2016, and then move on to other metals—presumably aluminum and titanium, two metals in great demand by both the aerospace and medical industries.

As Danai told The Times of Israel: “Eventually we hope to get all the major metals used in manufacturing.”

For more on 3D printing, watch this Fortune video: