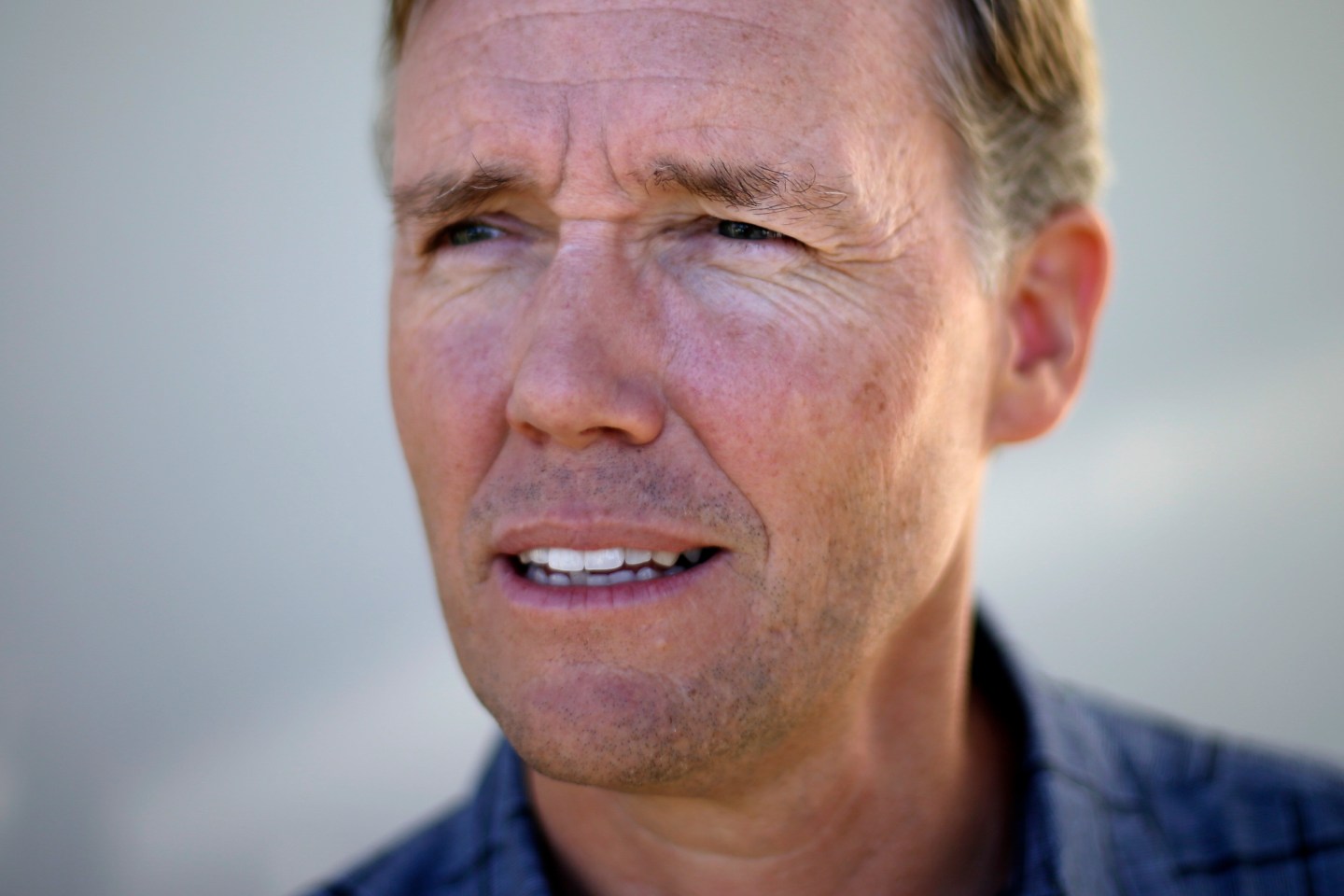 Michael Robertson clearly enjoys going up against corporations much larger than his, since his career consists of doing that across a wide range of different technology areas, from online music to operating systems. One of the most infamous was his digital music company Mp3.com, which triggered one of the highest-profile copyright infringement lawsuits of the 1990s and ended with a $53-million penalty against the company.

Robertson also started a Linux-based competitor to Windows that was originally called Lindows. Software giant Microsoft (MSFT) sued, alleging that the name was too similar to the name of its operating system, but settled before it went to trial. As part of the deal, which involved a $10 million payment by Microsoft, the software was renamed Linspire. Robertson also built a Skype-style voice-over-IP service called Gizmo5, which he eventually sold to Google (GOOG).

The serial entrepreneur is now working on several new ventures, one of which is called OnRadio. The service, introduced this week, indexes all the music playing on more than 100,000 online radio stations and allows users to search across that database and listen to any song. It also lets them share those songs through a variety of chat applications such as Snapchat and Twitter, using a unique URL.

“Because Google doesn’t index online radio streams, radio is invisible to searchers and radio companies are missing out on more than 100 million users per day,” Robertson said in a statement. “Our goal at OnRad.io is to make it one-click easy to find any song playing on the radio and to easily share those songs with friends.”

The service is an evolution of an earlier radio-search feature that Robertson developed, which both scrapes music lists from the web and uses a combination of APIs and other technical methods to generate its database. It started as an offshoot of a separate service he created called DAR.fm, which allows users to record radio programming the way a PVR lets TV watchers record their favorite TV shows.

“We had to build a guide of stations and play schedules for DAR.fm,” Robertson told Fortune in an interview before the launch. “So I thought, if I’m indexing talk radio stations, why not index music stations as well. So we came up with a way to index all online radio stations in real time. Radio is awesome, but it has a huge discovery problem. We want to fix it by giving every song a unique URL.”

OnRadio doesn’t have to worry about breaching any copyright rules because when a user clicks on a song, they are taken directly to the radio station that is playing the song—the service doesn’t make a copy or stream the music itself. Robertson said radio stations are likely to be happy with the search feature because it will increase traffic to their sites, where users can also see and listen to ads.

Not surprisingly, the lawsuit against Mp3.com came up during our interview, and Robertson said he was interested to see Google win a lawsuit by the Authors Guild related to the company’s book-scanning project. Even though it involved scanning and indexing millions of copyrighted books, the court ruled that the public benefit of the service outweighed the copyright concerns.

One of the key targets of the Mp3.com lawsuit was a feature that allowed users to match their existing CDs against the company’s database, and listen to any of their legally acquired songs from the cloud service without having to upload them. The company digitized millions of CDs to populate this library, and the major record labels said that behavior represented massive copyright infringement.

Would Mp3.com still be found guilty now, given the ruling in the Google lawsuit? That’s hard to say, but there seem to be a lot of similarities between the two.

Robertson said that the legal challenge still bothers him, primarily because the judge said that he was an “internet scofflaw” who believed the law didn’t apply to him. “I think that was unfair,” the Mp3.com founder said. “Look at what Google did—maybe they did infringe, but they were within the spirit of copyright law, which is supposed to benefit society. So was Mp3.com. I guess that’s what you get when you go first.”