Chipotle Is Standing on the Sidelines of Minimum Wage Debate 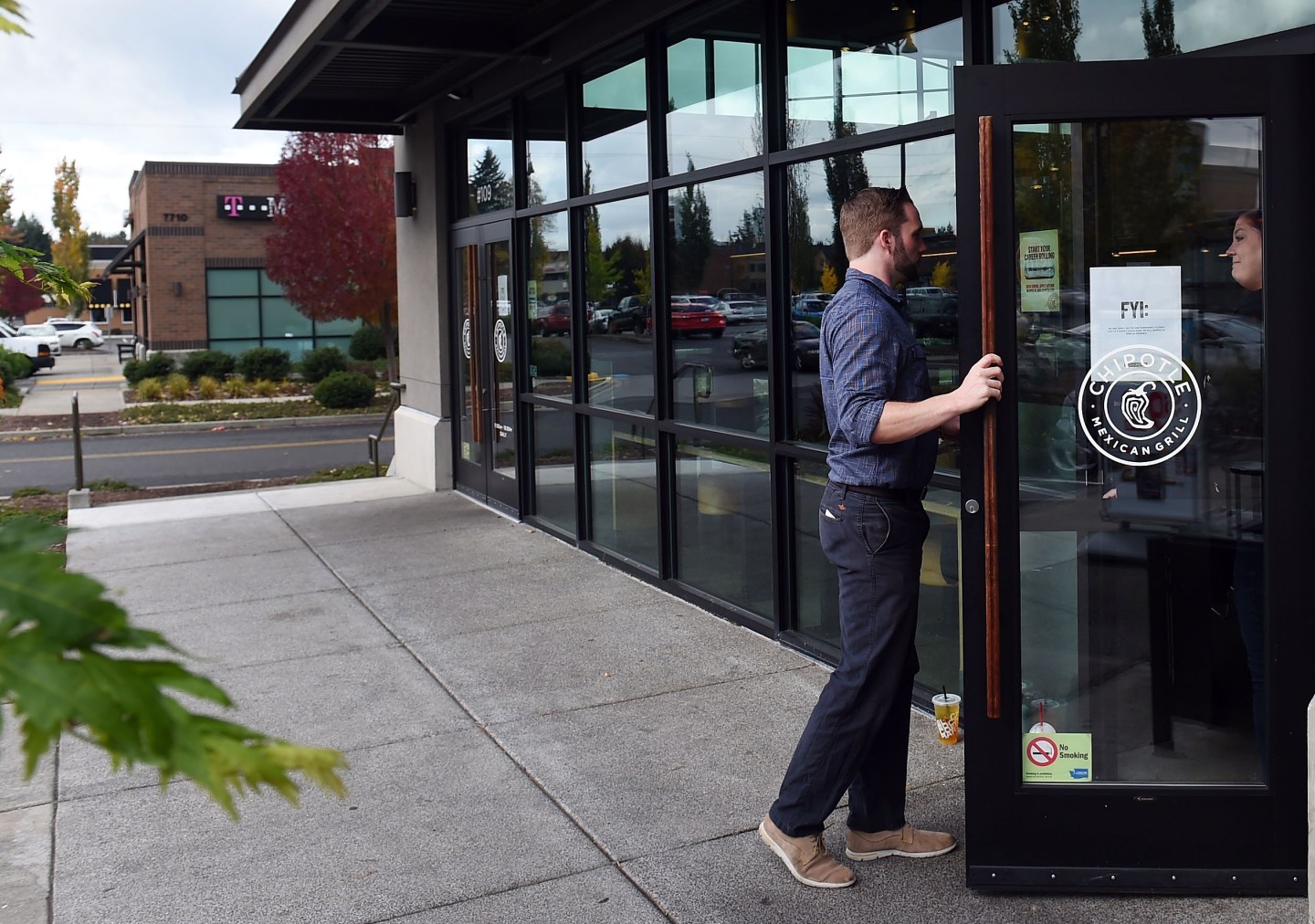 VANCOUVER, WA - NOVEMBER 03: A person walks up to a Chipotle Mexican Grill store location in on November 3, 2015 in Vancouver, Washington. Chipotle Mexican Grill is temporarily closing more than 40 restaurants in and around Washignton and Oregon, as health officials investigate an E. coli outbreak that has gotten at least 22 people sick. (Photo by Steve Dykes/Getty Images)
Photohraph by Steve Dykes — Getty Images

The “Fight for 15” protests have been happening for a few years now, as fast-food workers are demanding a living wage. Big companies like McDonalds and Yum Brands are being targeted by protesters, but one of the industries biggest names has thus far escaped criticism — Chipotle.

The fast-casual king does not pay the higher wages protesters are demanding, reports The Atlantic. Sabrina Johnson, an activist involved in the Fight for 15, said that she was only paid $9.63 per hour when she worked at a Chipotle near Harvard University, which shocked some. When Johnson told her story to the Harvard Democrats organization, she said many figured Chipotle’s high standards for food and service would carry over to its wages.

It is possible that Chipotle’s status as a “fast-casual” chain rather than traditional fast-food could be why they’re not seeing the same protests.

The story also notes that a judge ruled one Chipotle worker was fired for participating in Fight for 15 protests.

A Chipotle spokesman gave the following statement to Fortune via e-mail:

We have never taken a position on the issue of minimum wage, but pay above it (our average hourly wage is a little over $10 an hour) and offer benefits that many others in our industry do not, including paid sick days, paid vacation days, and tuition reimbursement. More than that, we offer extraordinary opportunities for advancement. Right now, more than 95% of our managers come from within the ranks of our crew. Last year, we promoted more than 9,500 people who started as crew into management position.

While we can’t comment on the circumstances of an employee’s departure, we have not terminated anyone for participating in demonstrations related to this issue.

The Atlantic notes that Chipotle is often held up as a standard of progressive business. Author Jonathan Safran Foer has a partnership to put original work on packaging. And, in a widely publicized visit, Hillary Clinton ate there during her campaign. Clinton has been an ardent supporter of increased wages for fast-food workers.

For more on why Chipotle hasn’t faced the wrath of protesters, head to The Atlantic.