Why Pfizer Is Headed for Splitsville After Allergan Merger 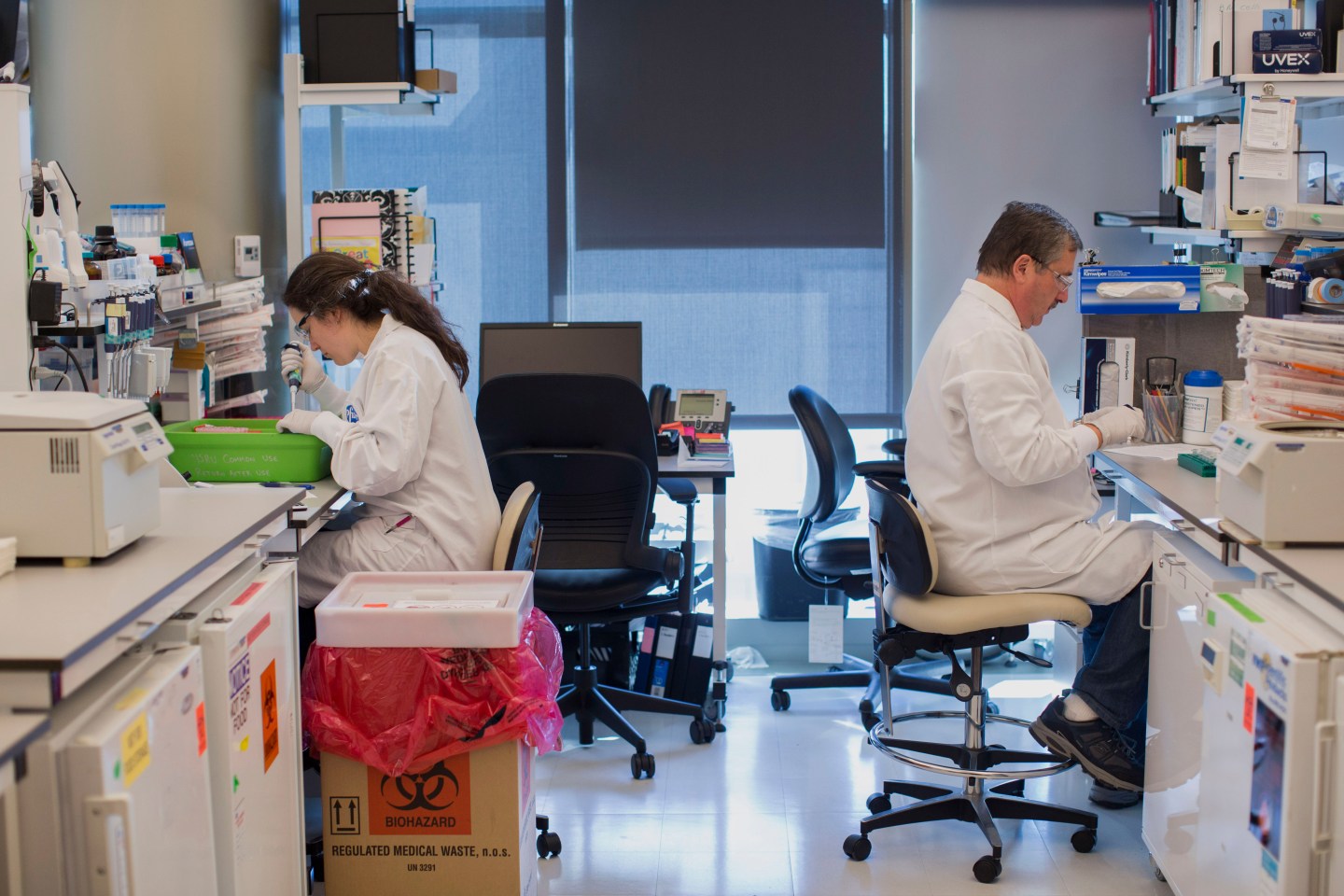 Pfizer is in advanced talks to purchase Allergan in what would be the biggest pharmaceutical acquisition in history, according to reports Thursday. But while the deal would make Pfizer a lot larger, it also suggests that the drug giant may, in fact, be trying to make itself smaller.

Yes, getting bigger just to break up sounds counterintuitive. But after dropping hints for years that it is mulling a split, Pfizer (PFE) has recently said that it will decide whether to break up by the fourth quarter of 2016. (In our 2016 Fortune Crystal Ball, we predicted that Pfizer would indeed cut the cord that is tying its various businesses together.)

Pfizer’s pursuit of Allergan (AGN) increases the odds that it’s engaging in a nuclear-like process of fusing only to break apart. This particular strategy has been making its way through the pharma industry, as Allergan itself recently demonstrated.

During Pfizer’s latest earnings call on Oct. 27, CEO Ian Read was asked whether there were any arguments against splitting up. But Read didn’t come up with any, adding that doing a major acquisition would only change the timing of a split. “It wouldn’t necessarily change the logic of it to the extent that that logic proves out,” he said. “It would certainly, it may even strengthen the logic for it.”

Pfizer may face regulatory hurdles with its proposed merger, amid news on Wednesday that the Treasury Department is looking to stem the tide of companies exiting the U.S. through tax inversions, which is one of Pfizer’s motivations for doing a deal with Dublin-based Allergan. But the government’s threat only seems to have made Pfizer more eager to buy Allergan as soon as possible. The acquisition would allow Pfizer to move its official headquarters overseas, substantially lowering its tax bill in an inversion transaction.

Read hasn’t minced words about his interest in pursuing an inversion long before Allergan entered the picture. He has also said that he’d prefer to invert before splitting up the company.

Allergan would also bolster Pfizer’s “innovative” (i.e. brand-name) drug business, which it internally separated from its slower-growing “established” (i.e. generic and non-patented) drug division in 2014, further signaling that it may be planning to split into two different companies altogether. Building out each business is important before Pfizer jettisons either one, as it would make the individual parts more valuable; value that could be “released via split,” Read said on the latest earnings call (perhaps envisioning a spinoff transaction). “Strengthening the innovative part of the company will give a more balanced business between both established and innovative, especially in a potential split scenario if we were to split the company.”

In some ways, Pfizer is actually taking a page from Allergan. After generic drug maker Actavis bought Allergan last year, it took the name of the specialty pharmaceutical company; the reinvented Allergan then turned around and sold its legacy generic business to Teva Pharmaceutical Industries (TEVA) in July. Pfizer could do something very similar—combining the companies’ drug portfolios only to split them apart again later. Next year, don’t be surprised if Pfizer and Allergan are still two separate companies even after doing the deal—they’ll just both be located in Ireland.