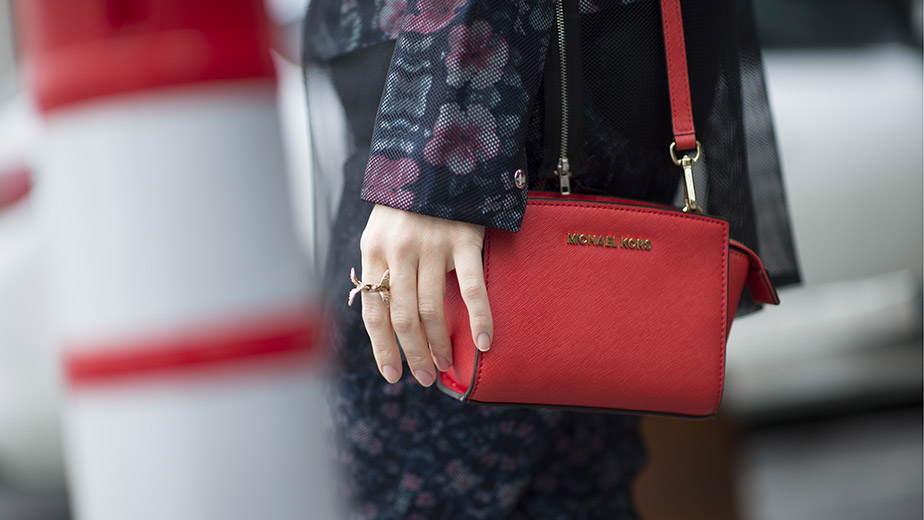 If you had to guess how former investment bankers Brett Northart and Rakesh Tondon spend their days, mailing boxes of carefully selected garments and accessories to women across the country would not be at the top of the list.

But that’s indeed the correct answer. Three years ago, the pair founded Le Tote, which sends its customers customized boxes full of clothing and fashion accessories women can wear for as long as they want and then send back for a new selection, all for $49 per month.

It’s a “Netflix for clothes,” as the company likes to describe itself. The San Francisco-based startup recently raised $15 million to continue expanding its business, which includes its recently launched maternity division.

Le Tote is profiting off of the growing popularity of online shopping. At the same time, companies like Birchbox (a subscription-based beauty business) have also demonstrated how much shoppers truly like receiving boxes full of products—the can discover, sample, and potentially purchase—straight to their front door.

Northart and Tondon came up with the idea for Le Tote after witnessing the struggles their respective partners experienced when trying to find new clothes. Tondon’s wife was in the middle of her second pregnancy and was frustrated that she’d have to spend money buying new maternity clothes that would only be worn for a short period of time. To remedy this, she began to periodically trade some of her clothes with a friend who was also pregnant at the time. This way, he explains, she got to add some variety to her outfits without spending a small fortune on an entire new wardrobe.

At the same time, Northart’s then-girlfriend was taking part in a more formal swapping circle with her friends. They’d meet fairly regularly to trade clothes and accessories. Eventually, Northart and Tondon, who both were working together at a boutique investment bank in San Francisco, decided to seize the opportunity and quit their jobs to start Le Tote.

“This is a behavior that women grow up with, trading with their sisters and their friends,” Northart tells Fortune.

Since debuting three years ago, Le Tote’s business has already undergone several changes. In the beginning, Le Tote’s boxes were entirely customized by its in-house stylists based on whatever preferences customers outlined during the sign-up process. They were “mystery boxes,” as Northart says, that gave customers zero control over what they received.

Eventually, the startup began to give its subscribers the ability to preview their next box and swap out some of the items.

Le Tote’s founders claim the data it collects about each customers’ style, along with the careful cataloging of each item using dozens of data points, allows it to ship fairly well-customized picks. However, life events, such as a special occasion or ruined laundry, also means that some amount of customer control is important.

Then about a year-and-a-half ago, after growing requests from its customers, the company finally decided to let shoppers purchase and keep items they received, a slight departure from its Netflix-like model. “Customers felt like when they got something, they wanted to really own it,” says Tondon. “So we said ‘why fight it, let’s give them that.’”

Northart says that purchases now make up a significant portion of the company’s revenue, though he declined to share specifics. The company also shared with Fortune that its revenue for 2015 is on track to grow fivefold by the end of the year.

This seemingly insignificant shift in Le Tote’s business model is actually quite important, especially for the fashion labels it stocks. In a way, Le Tote is now more similar to the subscription model pioneered by Birchbox and Ipsy, which send out boxes of cosmetics samples for $10 per month, and let their customers purchase full-sized versions through their websites. The boxes function as a marketing channel for cosmetics brands, which usually provide the samples for free in the hopes that they’ll result in purchases.

In addition to marketing opportunities, fashion labels that work with Le Tote also get access to data about how successful their items are with the startup’s customers. “Brands look at this data as hugely powerful, more powerful than what they ever had,” says Tondon.

And yet, challenges still lie ahead for Le Tote.

For one, its maternity category, which costs $59 per month, is only about a month old. Though Tondon says the company immediately sold out of all its items, it’s still too early to know if the line will become as successful as its main service.

It also has a host of competitors, including Stitch Fix, Trunk Club, and Rent the Runway’s Unlimited service, still in beta, which the company has likened to a Netflix for everyday fashion.

But perhaps Le Tote’s biggest challenge is still convincing women that it can do just as good a job at choosing their clothes as they can. Women have different tastes in style and come in a variety of sizes and shapes—both of which add great complexity to choosing the right outfit for subscribers. Meanwhile, many shoppers are still apprehensive about even ordering clothes online without trying them on for fit, while others truly enjoy the online shopping process.

For more on StitchFix, watch this Fortune video:

(An earlier version misstated the total amount of funding Le Tote has raised. The story has been updated.)