This Ivy League School is Turning Out Fashion’s Hottest Startups 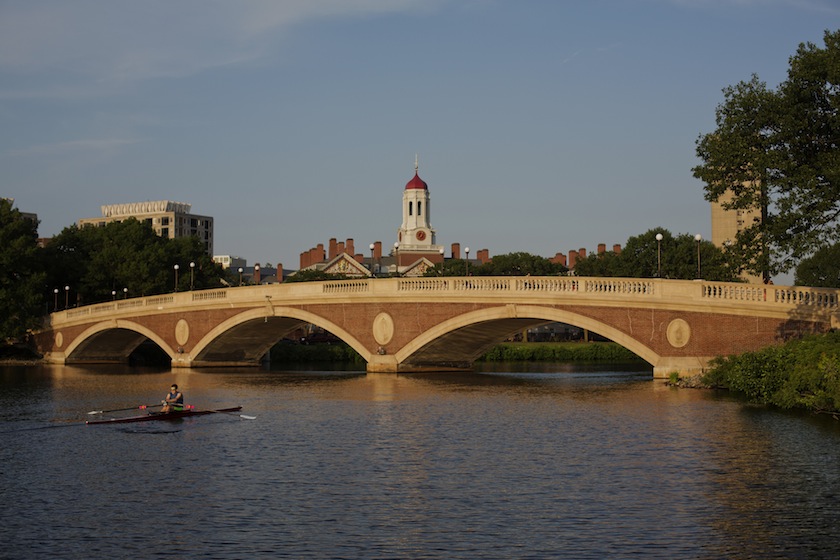 A sculler rows on the Charles River past the Harvard University Campus in Cambridge, MA, Tuesday June 30, 2015.
Photograph by Victor J. Blue — Bloomberg via Getty Images

Harvard Business School has had a storied reputation for years, but it was never known as a breeding ground for the fashion industry. Now that’s changed. The institution has become a wellspring of women who’ve gotten their MBAs and started Internet-based businesses in fashion and beauty. Rent the Runway, Gilt Groupe, Birchbox, Stitch Fix, and Shoptiques all got their start or inspiration at Harvard.

Although HBS doesn’t have the same startup association as Stanford, it still has a strong program for entrepreneurs, and according to a number of alumnae and staff interviewed by Fortune, the growing number of fashion and beauty startups that get their start at the school isn’t a fluke. There are a number of factors making the area particularly fruitful at the moment.

That the CEOs of these companies are women is no coincidence. They have exposure, at least as consumers, to the industries, and “MBA students tend to see the [market] gaps particularly well,” says Frances Frei, an HBS professor. And while they’re not the only fields with opportunities, the existing fashion and beauty industries have depended on old and established business models, leaving them wide open to disruption.

“I was working at Goldman Sachs in finance back in the day and was traveling a lot,” says Olga Vidisheva, class of 2011 and CEO of Shoptiques, which provides an online platform for small boutiques. “I would travel, and I’d stumble across a unique boutique with something really cool.” But the stores didn’t have e-commerce. “I spent the whole second year talking to 800 small stores and asking them why they weren’t online.” Store owners were too busy doing everything else for the business, so Vidisheva decided to create a single professional e-commerce front end where small companies could be discovered and also direct their existing customer bases.

When MBA students see predecessors succeeding in a particular industry, it gets them to at least consider it. Katia Beauchamp, class of 2010 and co-founder and CEO of Birchbox.com, which provides monthly subscription deliveries of beauty and grooming products, first worked on her business idea when co-writing a business plan during her Harvard MBA program.

“There were lots of examples of people coming together who were women talking about businesses they started for women,” she says. “They were seeing real attraction and success. We saw and heard that nobody was talking about beauty—when talking about the female consumer seemed to be an obvious category, a massive category, and a demographic category. ”

“There were definitely examples of women who had started super-exciting companies,” says Katrina Lake, class of 2011 and founder of Stitch Fix, an online personal stylist that picks clothing and accessories for customers and then ships them free. “That was the norm.”

Harvard’s location in the greater Boston metropolitan area situates it relatively close to New York, which is one of the top global centers for the beauty and fashion businesses. “My sense is a lot of it stems from the fact that there are a lot of people who are aware of the industry,” Beauchamp says. “It’s a major industry on the East Coast.”

In addition, many of the HBS fashion and beauty alums were exposed to the fashion industry earlier in their careers before reaching Harvard.

“I was in management consulting, primarily in the retail practice,” Lake says. Gilt Groupe co-founder and now co-founder and CEO of on-demand in-home beauty service GLAMSQUAD Alexandra Wilkis Wilson had been a sales forecaster at Louis Vuitton immediately after getting her MBA from HBS. Rent the Runway CEO and co-founder Jennifer Hyman was a director of business development at the fashion division of IMG and spent some time at the Wedding Channel.

Everyone Fortune spoke with notes how HBS faculty, both male and female, are highly supportive and helpful to the would-be entrepreneurs. “I was able to get great meetings with [top entrepreneurship teachers] and get great advice from really high quality people,” Lake says, contrasting that with what her experience at Stanford could have been, when such a strong emphasis on entrepreneurship creates more competition for professors’ time.

“Everyone was really supportive,” Beauchamp says. “If you had a desire to pursue that, the school would make it work for you in your schedule and credits. Everyone wanted to support that. In the second year, we went back to our first-year marketing profession, first year operations professor, and first year entrepreneurial professor. It was extremely valuable to get that encouragement.”