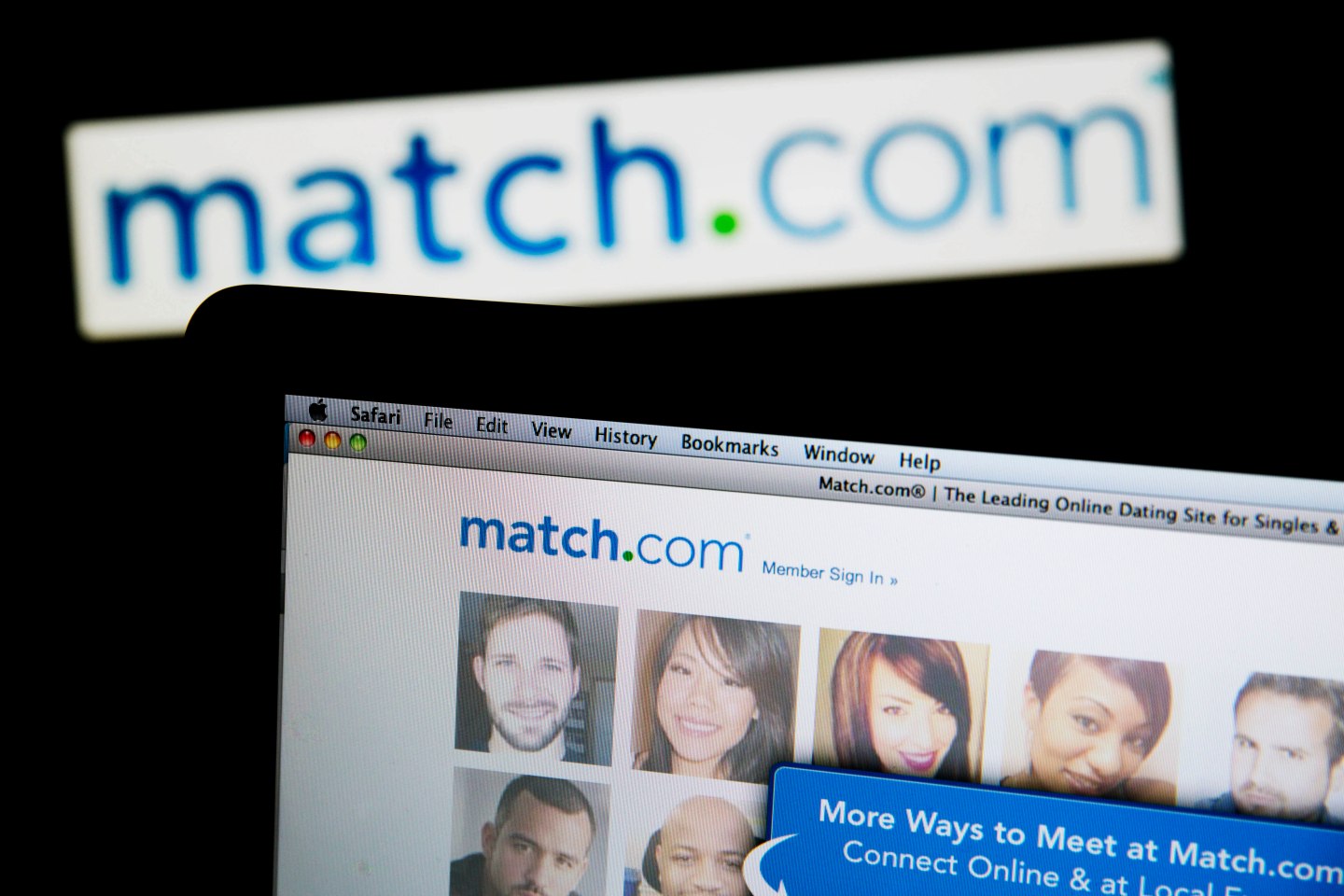 The Match.com logo and website are displayed on laptop computers arranged for a photograph in Washington, D.C., U.S., on Thursday, Dec. 19, 2013. IAC/InterActiveCorp, the Internet holding company controlled by billionaire Barry Diller, plans to turn its Match dating services into a separate business with its own chairman, setting the stage for a potential spinoff. Photographer: Andrew Harrer/Bloomberg via Getty Images
Photograph by Andrew Harrer — Bloomberg via Getty Images

Online dating empire Match Group set the price of its initial public offering at $12 per share, the company said late on Wednesday.

Pricing on the low end of its targeted range of $12 to $14, the company raised $400 million as it readies to start trading Thursday morning on NASDAQ under ticker symbol “MTCH.” The pricing gives the company a market value of $2.9 billion.

Match Group owns more than 40 online dating properties including Tinder, Match.com, and OkCupid. Most of the company will continue to be owned by current parent IAC/InterActiveCorp (IACI).

Match Group has focused on the shift to mobile devices in recent years with its portfolio of dating site, especially with Tinder and OkCupid. When it filed to go public in October, the company said that 68% of new users in the first half of this year signed up through mobile compared to only 27% during the first half of 2013.

Earlier this month, the company said it had $85 million in profits during the first nine months of the year compared with $100 million during a same period a year earlier. Revenue was $753 million versus $649 million during the same time frame.