Why This Nonprofit Wants to Help Girls Fail 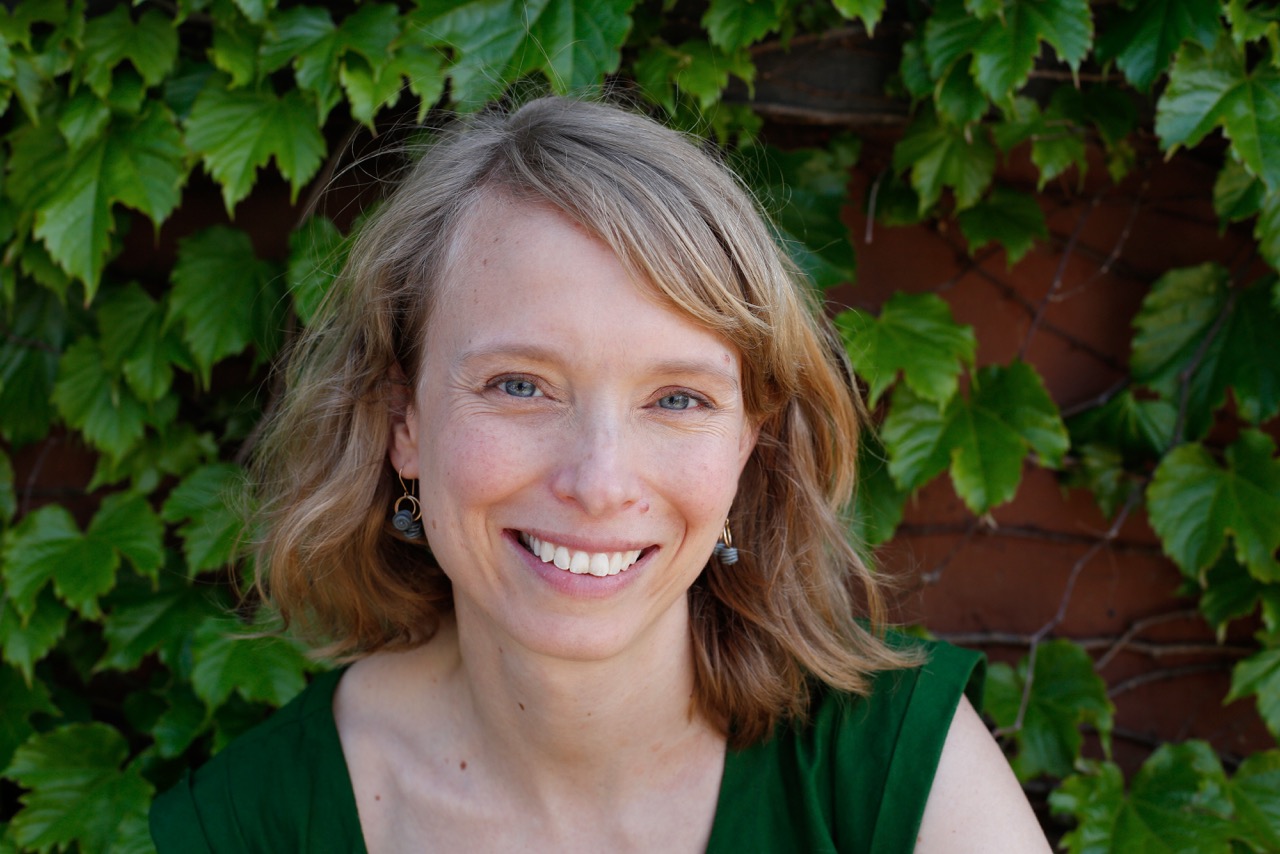 Data show that girls start to lose their confidence as early as kindergarten. If that trend continues, we could see yet another generation of women who lag men in the workplace.

So what can we do right now to start closing that leadership gap? Girls Leadership, an Oakland, Calif-based nonprofit that teaches girls life and leadership skills for healthy relationships, emotional intelligence and assertive self-expression, is working on the answer.

Simone Marean, Girls Leadership’s executive director and co-founder, spoke with me about what’s unique about this generation of girls, how perfection has become the enemy, and why it’s essential that we encourage girls to learn to fail. The following interview has been edited and condensed for clarity.

Fortune: Why is it so important to have organizations devoted to serving girls?

Simone Marean: There are so many reasons why. On the one hand, there have never been more opportunities for girls as there are now—many of us could argue there’s never been a better time to be a girl. But with those growing opportunities there are also growing pressures, and we’re seeing girls grow up in an increasingly gendered environment, with increasingly gendered toys and stories and clothing options, and even kids’ furniture—all of it saying: “You are a girl,” or “You are a boy.” The messages girls are still receiving, in 2015, emphasize their appearance, above all else—the importance of being thin and of being sexy.

When girls internalize that expectation to be sexy, we see the cost, even in early elementary school. We see a drop in their confidence. We see a real narrowing of their interests very early on, and when it gets to adolescence, we see girls suffering from depression, stress, and anxiety at around twice the rate of boys. This loss of voice, this wellness gap stays with girls throughout their college and early career experience. Even in 2015, we’re not seeing women participate at the same level of leadership as men, and that all starts in kindergarten.

What are some of the other unique challenges for girls?

When I taught our program to girls in the second and third grade, we would do this exercise called “Cross the Room” with their parents. I would say: “Cross the room if you feel pressure to be the perfect student, perfect athlete, artist, sister, friend, daughter.” About 85% of the girls would cross the room. Not surprisingly, about 85% of the parents crossed the room at the same time. It’s not just a girl phenomenon; the girls are part of a larger cultural phenomenon.

In many cultures, especially middle-class, affluent cultures, the pressure to be perfect blossoms in middle school, when girls start to think in that more relational way. Not just, “What do I think? What do I want to do?” but, “What do people think of me” and “Do they think I’m doing things right?” As they start to care more about other people’s opinions of them and invest more deeply in other people’s emotions than their own emotions, that’s where we really see that drop in voice and risk-taking—not wanting to try new sports, new languages, new activities, unless they know they’re going to be the best right out of the gate.

As a parent, I wonder how we balance encouraging our girls to succeed while avoiding the inherent flip side: “If you fail, that’s bad.”

At Girls Leadership, we really try not to talk about success, because so often, success is defined externally. Traditional definitions of successful leadership are based on external factors: What’s your paycheck? What’s your rank? We see leadership as starting internally: How do girls think? How do they feel? How do they become aware and respect their own thoughts and feelings?

Part of what we’re trying to do is help girls fail. That we want them to not go after success, but to go after being able to try new things, make mistakes. We want to help them figure out: Did they enjoy trying that new thing? Was that fun? Was that for the college resume, or was that a really good time? Did time disappear? If time disappeared, go back and do it again, because that’s awesome. That’s a sign that that’s something that you love.

What does it mean to raise resilient girls?

I think it ties back to what I’m talking about with failure. This isn’t all-star girls. We’re not trying to put more pressure on girls. Courtney Martin has a great quote in her book, Perfect Girls, Starving Daughters, where she says, “We were told we could be anything, and we heard we have to be everything.” How can we tell our girls, “You can be anything without that pressure of everything.”

Rather than asking them to check off boxes for the all-star college resume, encourage them to take risks. There’s the little moment that’s the action itself, whether that’s soccer, or cooking, or asking a new friend to do something with you, and then there’s the process of determining whether it went well, or it went badly, how do you come back to the next risk? We want girls to be able to go through that cycle constantly, and not just do the things that make other people happy, or keep them going on down the success track—again, for others—and become increasingly detached from what they think and feel.

You’ve spoken about self-compassion and how that differs from self-esteem. Does that tie into the cycle you just mentioned?

In contrast, when girls develop a fixed mindset—”I’m either an all-star at something, I’m naturally gifted, I’m naturally talented, or I’m not”—that keeps them from taking risks. Part of helping them develop the growth mindset instead is teaching them very early that it’s about effort, repetition and practice. We want them to externalize failure: “It’s not about me. That’s how I did at that test. This was an action. This was a behavior.” It’s much easier to address and change a behavior.

What was your journey to running Girls Leadership?

My journey began about 15 years ago, when I met Rachel Simmons, the co-founder, at our summer program. I was there to teach theater, and I brought with me what I consider stereotypical New England communication habits and an inability to negotiate conflict. Rachel was teaching a class one day called “How to Have a Conflict.”

I took copious notes because this sounded awesome. It sounded really thrilling to be able to speak up in this way. Then I did what most of us do with notes: I shoved them in a drawer for a year, until I needed to have a conflict. I was working as an independent contractor, and at the last moment, a program that I was supposed to teach was canceled. At first, I went with my ingrained response: “Fine. Thank you. Thanks for letting me know.” I went back to my apartment, and I thought, “I’m not fine. I was expecting months of compensation. How am I gonna pay my rent?”

I took out my notes, prepared my strategy and though scared, I spoke my mind to the administrator who’d canceled the class. “I enjoy this work. I find it very rewarding. I acknowledge my contribution,” I told her. “I know we don’t have anything in writing, we didn’t have a contract. I should’ve asked for that.” Then I did the part that was most terrifying for me. I said, “I think it’s fair that I be compensated.”

Not only did she pay me, but she asked me to work with her again. For me, that was definitely a light bulb moment. It was the beginning of me communicating differently with my friends and family.

Do you think we need a boys leadership organization?

Yes, we desperately need that. Probably the most popular question I get right now is, “What about the boys?” I have two boys, and when I look at the problems boys both cause and endure in our society right now, it’s clear they need social and emotional tools just as much as the girls do. It’s important for the girls that they have partners with these skills, professionally and personally.

What’s the best advice about leadership you’ve ever received?

The best advice I’ve received hasn’t come from a particular individual, but from more of the design thinking and collaborative approach I have learned over the last several years that seems to be having a renaissance, at least in Silicon Valley. It’s the idea that all of us are smarter than any of us—that you don’t have to equate leadership with being the smartest person in the room. As I’ve really learned to collaborate, my understanding of leadership has changed. Now I really see it as the person who can bring together the best that other people have to offer and respond to different ideas. Part of that authentic listening comes from just being true to yourself. A bunch of middle school girls once told me that leadership meant wearing really boring shoes. I have this vision of leadership that’s like the decorated Converse—that you can be yourself, and in fact, if you’re not yourself, you can’t really listen and engage.

Show up wearing your decorated Converse.

I hope so. I hope I don’t have to wear the boring shoes.

Lauren Schiller is the host of Inflection Point, where she interviews women changing the status quo. Inflection Point is broadcast on public radio stations, podcast on iTunes, and online at inflectionpointradio.org. The above article is an edited and condensed version of the broadcast interview. Click here to listen to the full audio