Ronda Rousey Wasn’t the Only One Who Lost Saturday Night 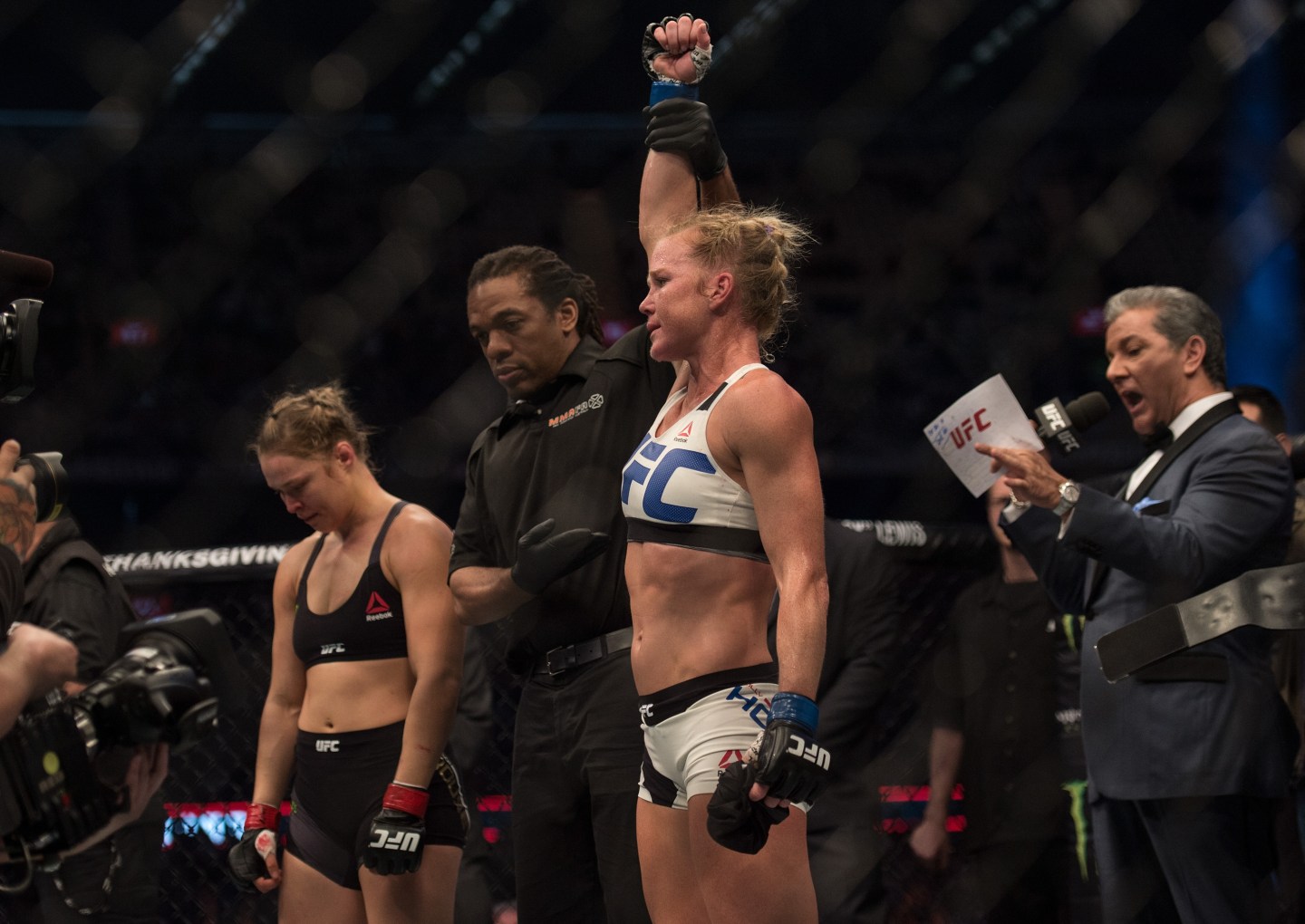 The fight pitted Holm against Rousey who, prior to the match, held a perfect record. Though few thought Holm would win, the low risk-high reward bet was tempting. Bettors put in $100 and got back $600, USA Today reports. For Rousey, the odds leaned drastically in the other direction; a $900 bet would yield a $100 win.

Jay Kornegay, vice president of the Westgate Las Vegas Superbook, told the publication, “Most books got crushed.” The total amount of money wagered on Saturday night’s fight was more than the average NFL game, a much more highly viewed sport, and surpassed wagers on any other Rousey fight.

Holm’s team alone won a six figure sum. Her manager, Lenny Fresquez, told USA Today that the team had pooled together its resources to bet on the fighter, adding “Not a person in the camp had a doubt Holly would win this fight.”

At Westgate, bets on Holm outnumbered those on her opponent by a 5 to 1 margin. Kornegay predicts that the rematch will be huge. Some oddsmakers, ESPN writes, are already saying that despite the unfortunate loss Rousey is still the favorite to win in a rematch against Holm.